Inspiration for the Adventure of Life 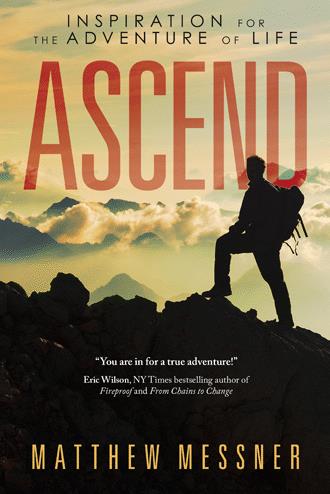 I open my eyes and look at the digital clock next to my bed. 5:29 a.m. I quickly reach for it and move the small switch to the left, turning off the alarm that will otherwise sound within seconds. Sliding out of bed I stand in the darkness and reach onto the floor where there is a pile of clothes and a pair of shoes. I pick them up and quietly, leave my bedroom, and get dressed in the bathroom. It is October and I know that it is the low 40’s outside. I put on a t-shirt, a hooded sweatshirt, shorts, a stocking hat, socks, and a pair of damp running shoes. I drink a small glass of water and exit the front door onto my unlit porch.

I waste no time standing in the cold, damp air. I begin to jog down the street, slightly uphill. It is brisk, but my hands and legs are the only parts of me that feel cold. I pull my hands into the sleeves of my sweatshirt. I should have worn gloves. My breath creates small puffs of vapor as I make a right turn, beginning a routine five-mile loop.

It is quiet at 5:45 a.m. I hear the rhythmic sound of my steps. I notice the distant rumble of the ocean just two miles to the west. The birds are waking up, chirping. A garbage truck lumbers loudly down a nearby alley.

Under the streetlights, the grass on the lawns looks like glitter. I pass a homeless man stirring under a sleeping bag in the entryway of a business. A pair of raccoons trot across the road a block away. Dim light begins to appear on the eastern horizon as the stars fade. A man in his bathrobe hastily runs out of his house, grabbing a newspaper from his driveway. Traffic is still light, but more cars are appearing as people rush off to work.

I am not thinking about running at all. My body is on autopilot. My thoughts are skipping from work, to worry, to family, to my tasks for the day. A subconscious worship chorus runs in the background of my thoughts. Prayers formulate naturally as I combat worry and devise a plan for the day. The miles clip by without thought.

My body is now warm, and I remove my stocking hat, turning it into a glove on my right hand. An errant cloud passes overhead, releasing a brief shower. The rain wets my cheeks and is refreshing. The trees breathe, filling the air with the smell of rain.

Four miles have passed and my mind is clear and focused. Natural endorphins have contributed to the calming of my nerves. I am neither sore nor fatigued, although I notice some tightness in my right Achilles tendon.

By the time I get home, I am finally fully awake. I have a plan. I have prayed. I am ready for the day. This has been my routine for the past 43 years. Every single day, I wake up and run.

There are people who run to lose weight. There are people who run so that they can finish a marathon. But there are some for whom running is part of being human. Their bodies were made to run, and it is natural for them. If they miss a day, because of an illness or travel, their emotions become darker. Their bodies remain lethargic. They depend on the daily devotion. While most of the world sleeps, we runners come alive.

Daily devotions are merely one expression of a life of devotion.

“To give anything less than your best is to sacrifice the gift.”

The greatest distance runner in U.S. history stopped breathing. He was 24 years old. It seemed impossible. Four hours earlier he had won a 5000m race against some of the best runners in the world. But at 12:30 a.m., the following morning, he suffocated under his butterscotch MG on Skyline Drive in Eugene, Oregon. The celebratory party following the race had compromised him, and now it cost him, his family, his friends, and his fans. He had set American records 16 times during his short life. He possessed charisma and a brash confidence that captivated people, filled stadiums, and inspired people then, and today.

He was from Coos Bay, Oregon, my hometown.

Life is an adventure, and every experience teaches us. This book is a compilation of true adventure stories, each with a life-lesson. The settings include mountain climbing, marathon running, cave exploration, travel, surfing, and competition. There are stories of disappointments and successes. Each has a powerful life-lesson that will resonate with the reader’s journey.

“This book is the closest thing in form to a kind of modern expression of parables I’ve ever read. Clear, compelling, mysterious, and evocative all at once. Beautiful. Read this!”

—A.J. Swoboda (PhD, Birmingham) is assistant professor of Bible, theology, and World Christianity at Bushnell University and the author of After Doubt.

Matt Messner(D.Min.) is a pastor, a distance runner, a coach, and an outdoors enthusiast. Matt competed in the Olympic Trials in the marathon in 1996 and 2000. Matt has been married to his best friend and partner in ministry, Heidi Wilson Messner for 30 years. They have two adult children and reside in Northern California.