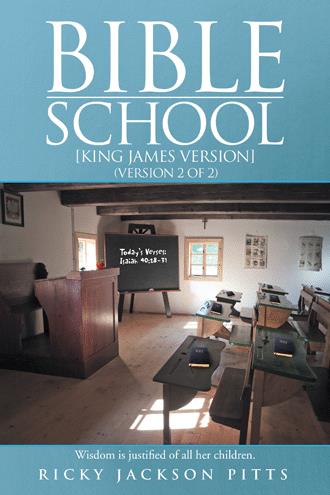 (5.) Fill in the blank: All the days of _____ were nine hundred sixty and nine years: and he died. [Hint: He is the longest living man mentioned in the Book of Genesis.]

(6.) Fill in the blanks (same word): The Lord said unto Noah, Come thou and all thy house into the ark; for thee have I seen righteous before me in this generation. Of every clean beast thou shalt take to thee by sevens, the male and his _____: and of beasts that are not clean by two, the male and his _____.

(7.) Question: Including Noah, how many people boarded Noah’s ark before the flood?

(9.) Question: Noah sent a dove and a raven to seek land after the flood. Which bird came back with an olive leaf in her mouth?

(10.) Question: What does the rainbow represent in the Book of Genesis?

(12.) Fill in the blank: Only one language was spoken on earth; but, God changed the language of many men when the _____ of Babel was being built to reach unto heaven.

(13.) Fill in the blank: The Lord rained upon Sodom and upon Gomorrah brimstone and _____.

(14.) Question: Abraham and Sarah bore a child. What was his name?

(16.) Question: Did Sarah, Abraham’s wife, live one hundred plus years?

(18.) Fill in the blank: These are the years of the life of Ishmael, an hundred and thirty and seven years: and he gave up the _____ and died; and was gathered unto his people.

(19.) Question: Isaac and Rebekah had two sons. What was the name of one of their sons?

(20.) Question: Jacob and Leah had four sons. What was the name of one of their sons?

(21.) True or False: Jacob’s name was changed. His new name was Israel.

(22.) Question: Did Shechem rape Dinah, the daughter of Leah and Jacob?

(23.) Question: Judah’s firstborn, Er, was wicked in the sight of the Lord. As punishment, did the Lord slay him?

(25.) Fill in the blank: Joseph interpreted two _____ of men (the chief baker and the chief butler) while they were in prison.

(27.) True or False: Jacob saw that there was corn in Egypt and told his sons to retrieve it so they could survive. Jacob did not send Benjamin, Joseph’s brother.

(28.) True or False: The Egyptians would not eat bread with the Hebrews. It was an abomination unto the Egyptians.

(29.) Question: Two sons of Judah died in the land of Canaan. Was Er one of them?

(30.) True or False: All the souls that came with Jacob into Egypt, which came out of his loins, besides Jacob's sons' wives, all the souls were threescore and six.

(32.) Fill in the blank: Israel stretched out his right hand, and laid it upon Ephraim's head, who was the younger, and his _____ hand upon Manasseh's head, guiding his hands wittingly.

(33.) Question: Were Abraham and Sarah (Abraham’s wife) buried in the same place, along with Isaac and Rebekah (Isaac’s wife)? 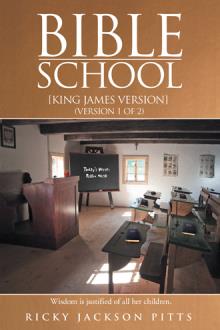 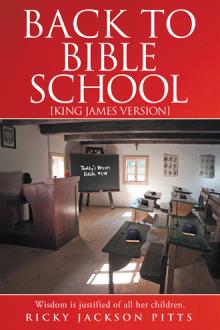 My book is not a substitute for reading the Bible; instead, it is a teaching tool of your knowledge of the Bible. It contains Pop Quizzes (Fill in the blanks, True or False quizzes and Questions) from all sixty-six Books in the Bible.

I have faith that you will do phenomenally well!

I work full-time as a Vouchering Clerk at The University of North Carolina at Chapel Hill.

After an epileptic seizure on March 5, 2013, I strongly felt that I was on the brink of death. In fact, there is no doubt in my mind that my Heavenly Father forced me to bite my tongue to prevent me from swallowing it and choking to death during the seizure. With that wake-up call from God, I completely surrendered to Him. Shortly thereafter, I began reading the Bible and began writing Bible School on March 29, 2013.