The Engineering of Breakfast Cereals and Inkjet Printers 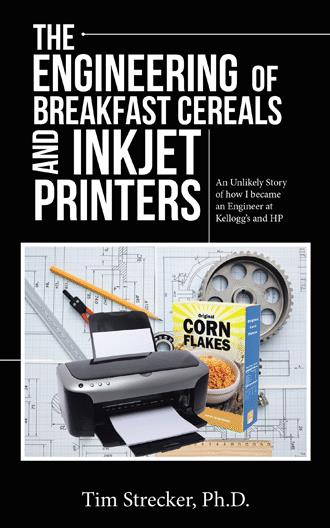 This is an unlikely story about how I became a research engineer at two iconic companies, Kellogg’s and HP. Unlikely because there was nothing in my family, education, or intellect, that could have predicted I would ever get a graduate degree in chemical engineering and go on to have a successful, innovative career as an engineer at these companies. There were no engineers in my immediate or extended family, so there were no role models or mentors for me to emulate and follow. My education was at a public high school, community college, and state university; no ivy league college education to give me an advantage over other potential engineering candidates at these companies. So, nothing could have predicted how my career and life turned out the way it did from looking at my upbringing, education, and life experiences. I would not finish graduate school until I was thirty-seven! I started my first job at Kellogg’s right after completing graduate school at an age when most people are almost at their mid-career point, so my age was not a good indicator that I would amount to much at either of these companies. So then, how did I become a successful and innovative research engineer at Kellogg’s and HP? This is my story! Read on!


So, hiring an engineer from the food industry to work in high tech might seem like a surprise, but they were taking anyone they could find to help them with new manufacturing lines and developing manufacturing technologies to speed up cycle times and improve reliability, two things that continually plagued inkjet development. It was quite a change from working with large industrial extruders that could weigh several tons and produce thousands of pounds of cereal an hour to now be working with small inkjet cartridges that had nozzles smaller than a human hair! The difference between the scale of the equipment and manufacturing was staggering but fascinating beyond imagination. And my background on how the process interacts with material properties was exactly what HP needed for engineers working with inkjet manufacturing and process development, skills that were transferrable from one industry to another. I didn’t realize that I would end up working at HP for over twenty-three years in the inkjet division. 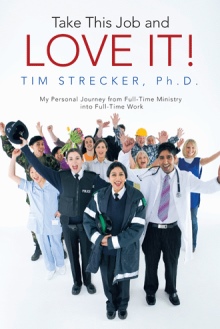 If you want to know what being an engineer is like, then you need answers from someone who has worked in the field and been successful. Tim Strecker, Ph.D., looks back at an engineering career spanning more than thirty years at companies such as HP and Kellogg’s in this amazing memoir. Find out how an everyday guy who attended a regular state college ended up engineering breakfast cereals and inkjet printers. In sharing his story, he answers questions such as: • What does an engineer really do? • How do you become an engineer? • What is the schooling like? • Do you have to be super smart to be an engineer? • What kinds of work can an engineer do? You don’t need to be a nerd, geek, or child prodigy to become an engineer. You just need to work hard, never give up, and be curious about how things work. Once you get into the industry, there will be opportunities to design new products, structures, software, and/or infrastructure. So, what are you waiting for? Read on and get excited about becoming an engineer!

Tim and his wife, Connie, live in Portland, Oregon. They have two grown children and two grandchildren. They have lived in the Pacific Northwest most of their lives and spent most of that time living in the Puget Sound area of Everett and Tacoma before moving to Oregon twenty four years ago. Tim worked as an engineer at Kellogg’s in Battle Creek, MI for two years. Then he worked at the Hewlett Packard Company in Oregon and Washington for over twenty three years where he worked in a number of engineering positions. He recently retired from HP. Connie has worked as a legal assistant and started a small cereal company selling specialty granolas. In their spare time they enjoy spending time with their family, landscaping and gardening, and music.