FROM GOD, WITH LOVE 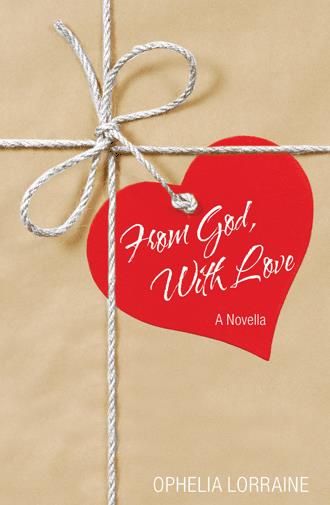 I have been single for a while now and at first it wasn't a struggle. I had zero desire to be in a relationship let alone waste my life getting to know a person only to be "too much" for them. I had seen too many relationships go bad in my family, for those very reasons, plus infidelity and terrible communication. Even my own parents had divorced. Then remarried other people and divorced them; I just didn't think being in a relationship was worth the fight. About five years into being single, also the same year I stopped counting, my perception of relationships changed, only slightly, thanks in part to my best friend Dinah. She and her husband have such a crazy, amazing story that only God could have written it. Still, I didn't want to end up wasting my time, and the men that I had encountered either had no aspirations for themselves or weren't interested in thinking about the future. So, I decided no men until God shows him to me.

From God, With Love is a faith filled love story about a woman who is making a slow journey back to her faith in God, and in love, and a man quickly bailing on hope in finding "the one" God has for him -- each finding things they weren't looking for along the way. Follow Credence and Franklin as they navigate learning to trust God again as he renews their faith in his ability to guide them through the unknown and belief that their most precious desires are safe with Him.

Ophelia's interest in writing stems from her deep love of reading. Having written her first short story at the age of seven, she found that writing stories was as exciting as reading them. In addition to storytelling, she is also a write of poetry and prose. Now a mother and avid writer and blogger and with a business dedicated to empowering women, the purpose of her stories is to express faith and inspire hope.