The Life and Legacy of James and Florine Manuel 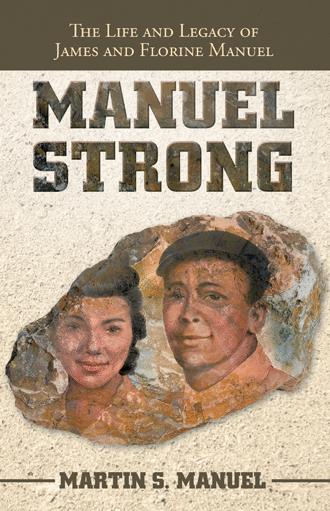 Jared Kushner, senior adviser to President Donald J. Trump, in a late October 2020 interview on Fox News, said, in regard to concerns of black Americans, “President Trump’s policies are the policies that can help people break out of the problems that they are complaining about, but he can’t want them to be successful more than they want to be successful.”

The implication: black people don’t want to be successful.

Understandably, Mr. Kushner’s comments upset many in the African American community, who considered his statement an expression of the stereotype that black people lack the initiative and effort to improve their economic status. In other words, they are lazy and unintelligent.

Kushner’s words represent a common perception among most people in the United States, a blind assumption based on ignorance of four hundred years of American history. Yes, four hundred years of oppression by the majority, many of whom stole their wealth by forcing kidnapped African slaves to serve as the labor pool of their colonization and then, over generations, systematically practiced tactics to hold down these humans already on their backs. Overlooking that historical fact, far too many assume that black people are themselves the cause of their plight and that they are either incapable or unwilling to take steps to improve their condition.

This book tells a different story. It is the real story of a real African American family’s rise from slavery and ongoing efforts to hold them back to emerge as a model family of achievers, who, because of their inner strength and faith, would not remain in their imposed condition.

“Manuel strong” is the catchphrase that captures this powerful story about two people, supported by two generations of up-risers from enslavement and poverty. From these two people, blessed by the God to whom they prayed, a legacy of love, parental care, common sense, diligence, intelligence, fortitude, persistence, and unity ensued. They patterned strength for their children, who, being formed in that pattern of strength, replicated it in their children. The result: a unique scene on the American stage.

This book is not about the rise from slavery of one especially gifted person to greatness, such as the Up from Slavery story of Booker T. Washington. The “Manuel Strong” story is about ordinary people expressing the desire and drive that God created in them (and all other people because all are made in His image).

The unique aspect of this story is the way that the two heroes, James and Florine Manuel, applied their desire and drive. They did it in love for each other and for their children. This love resulted in their enduring marriage, in spite of assaults against it, and it sparked their devotion to their children—all eighteen of them—so that despite the impoverished condition that having many babies brought, they loved those babies, raised them in love, and remained devoted to them and their success in life.

In addition to these things that many other people might have done, James and Florine Manuel, together, reached outside their immediate family to share the desire and drive in them with others around them—especially young people. Regardless of their own limitations of time, they managed to invest time in serving their community.
All of this they did with an underlying fear of God and faith in God. They were not from a lineage of ministers of a religion or even people who outwardly professed religious faith. They simply and sincerely lived their ordinary lives in the fear of and faith in God.

From the outcome, it is obvious that God blessed them. That blessing includes the support given to the Manuel family and individual Manuel children by well-intentioned, good-hearted people—white and black. It includes organizations such as the Catholic charity that helped during a time of economic hardship. All of this took place in a country that, despite its faults, maintains opportunities for its citizens, even if those opportunities are not available on a level playing field.

As descendants of James and Florine Manuel, it is our earnest desire that this story inspires its readers. We hope that this story helps to rewrite the stereotypical history of black families in the United States. We pray that this story serves as a model of what can be in American families. May it strengthen each person in every family, and may it contribute to better communities and a better nation.

James and Florine Manuel, an ordinary African-American couple, left behind an extraordinary legacy.

Their story contradicts the stereotypes of Black people in the United States of America. Following the example of their ancestors who rose from slavery, they encouraged their children and everyone around them to also become high achievers. But they never boasted about their accomplishments—and they gave all the credit to God.

One of the most special things about them is how they applied their desire and drive. They did it in love for each other and for their children. This love resulted in an enduring marriage, and they raised their children in love even when times were hard.

As you read about their lives, you’ll walk away with this pivotal truth: All human beings can achieve great things despite obstacles. They can also overcome negative stereotypes.

Manuel Strong is only one more story on the mountain of others, but it comes at a time when America is struggling to confront the legacy of its past.

Martin S. Manuel, a husband, father, grandfather, and ordained Christian minister, is the eldest living son of James and Florine Manuel and brother of thirteen living and four deceased Manuel children. After a career in technology and management, Manuel retired from the IBM Corporation in 1999 and began a second career in pastoral ministry. As a Christian author, Manuel also wrote Dear Jason and Echo of Jesus Prayer – in the Church. This is his third book.