Hurricane Ada and the Winds of Change 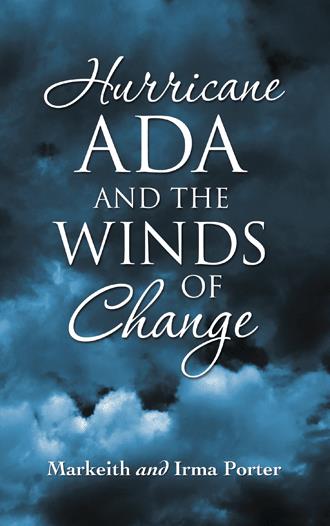 My father was a proud man. Some would say too prideful. He was a champion cricket player for the village. It was great watching him play for he was the best. He could hit the ball so far that it would travel to the edge of the jungle, where no one could find it. We would laugh and make jokes. “Where is the ball? You cannot find it. It is lost in the jungle.”

My brother was timid as a boy. My father would chastise him for not being a man. He would say thing like “You lazy boy, why do you not hunt with the rest of the young men? Instead, you hang around your mother too much.” My older brother had confidence. It was not a manly confidence as my father portrayed but confidence nevertheless. He did not take on tasks that were larger than he was. He would play cricket like my father but was never that good at the game. He thought he was better than he was. He could catch pretty well but was never a good slugger. My father would be embarrassed at his effort. He would close his eyes and hide his face when my brother batted.

My older brother would antagonize the antelope in the fields. He would play silly games with the wild animals. He would often make them scatter, which caused stampedes of farmers’ crops. This would cause hate and discontent from the neighbors. The neighbors wanted to hang him by his feet and whip him senseless to make him stop.

My younger brother was much like my father. He would follow him around, stating everything little thing my father world say, such as “You goofball.” That was my father’s way of calling us silly. But calling us silly meant calling himself silly because we all emulated our father.

My name is Adah, meaning “beautiful ornament,” but most call me Ada, meaning “oldest sister.” As oldest sister, I would fish the river. I was quite good at it too. This would be my only praise from my father because he loved fish. I would feed the entire family and help clean and cook the fish. My father would thank our Holy Father, and then he would thank me for my hard work. This made me happy.

Carrying water was one of my tasks as a girl. This I hated. My father and mother would tell me to go fetch some water from the river. This was dangerous, but we did it. Most of the time, it was my mother and I. We would talk and talk about becoming a woman and performing women things. My mother was a kind woman, and she taught me the art of healing. She taught that the plants are all we need to survive. As a girl one, of my jobs was feeding the animals: the pigs, the goats, the chickens, and the cows. Each morning, I woke to do this mundane task. I felt like dying inside. My brothers would hunt and work the fields. They would be with my father most of the day as I wanted. I did not like my mother’s chores and wanted to be seen as the best. And the best is not found feeding chickens.

If you are interested in wise old tales. This is the type of book for you. It is about a women Adah coming of age in a mans world during the 1800’s. She is brave, energetic and always trying to please her father which she has much disagreement. Read this book and learn the way to your heart and your father’s love.

Markeith Porter is a military veteran that has had a extensive career in the US Navy. The adventures to numerous locations around the world have given me a excellent assessment of the character of people in their natural habitat. Irma is nurse that cares for everyone. Even those that would shun her care. She is a woman with a heart of gold and that perspective need to herd around the world