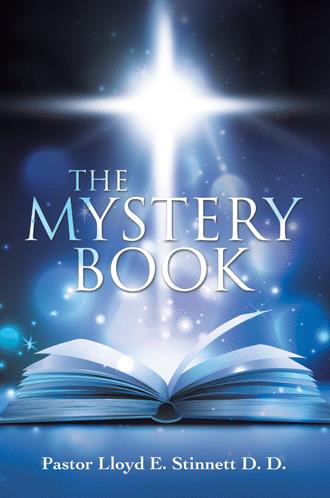 In one of my previous books, I told you about some of the times I have encountered evil spirits. A lady friend of mine told me there was an evil spirit in her apartment, and it was opening and closing doors, casting items to the floor. And one of her grandchildren was talking to someone by the furnace, even though she and others saw no one. I and a pastor friend of mine, whose school I was attending to become a minister, went over to cast out whatever it was, which we did, but that is not the end of this story.
That night, even though I was new as a Christian, I blessed my apartment with oil. The next day, the pastor who went with me said his wife woke up in the middle of the night to check on her three little boys, who slept in one king-size bed. By their bed, they had a small, rotating fan that during that night fell on the bed, got entangled in the sheets, and caught the bed on fire. Luckily enough, she caught it in time; just one of the boys got a couple of his fingers burned.
I asked my pastor/teacher of the ministry school if he had blessed his apartment as I did when he got home, and he said no but he was going right home to do so. Although that evil spirit could not come into my apartment that I blessed, we all believed it went to the pastor’s in retribution for what we did in getting it out of that lady’s apartment.
The second, which is the last one I will talk about in this book, is when I went on a cruise with a friend of mine, his wife, and his high-functioning, mentally challenged son. That son was throwing up because of terrible headaches, which the family said had only happened a few times. He said he was always aware in advance that this was going to happen. As they decided to take a walk around the boat, I told them I would stay and keep an eye on him.
Shortly after they left, his face got distorted. He looked at me and growled in a deep voice, “I hate you, Lloyd.”
Next, he shook his hands like that of a referee in a ball game and said he did not mean it. Of course, I knew he did not as he and his family have been very close friends of mine for a long time.
When his parents came back, I explained what had happened, and I prayed with them, but not what I really wanted to pray. It was a watered-down prayer not to scare their son and let him know what I had actually thought of him having a demon inside him.
Years later, after his stepmother passed away, the father, son, and I went on a cruise. Although the father said it rarely happened, it happened again on that cruise, and this time I did not hold back. I put my arms around him and prayed what I should have prayed before.
Years later, the father said it never happened again.
Both times, it was the power of God and not me. Let me make this clear. Do I ever hope that I would be put in these kinds of situations again? I hope not, as a person never knows how strong he or she is in the Lord Jesus and how powerful that evil spirit may be. Let me remind you of three scriptures for why I say this.
• Then came the disciples to Jesus apart, and said, why could not we cast him out? And Jesus said unto them, Because of your unbelief: for verily I say unto you, if ye have faith as a grain of mustard seed, ye shall say unto this mountain, remove hence to yonder place; and it shall remove; and nothing shall be impossible unto you. Howbeit this kind goeth not out but by prayer and fasting. (Matthew 17:19–21 KJV)
• Then some of the itinerant Jewish exorcists took it upon themselves to call the name of the Lord Jesus over those who had evil spirits, saying, “And there were seven sons of one Sceva, a Jew, and chief of the priests, which did so. exorcise you by the Jesus whom Paul preaches.” And the evil spirit answered and said, Jesus I know, and Paul I know; but who are ye? And the man in whom the evil spirit was leaped on them, and overcame them, and prevailed against them, so that they fled out of that house naked and wounded. (Acts 19:13–16 KJV)
• When the unclean spirit is gone out of a man, he walketh through dry places, seeking rest, and findeth none. Then he saith, I will return into my house from whence I came out; and when he is come, he findeth it empty, swept, and garnished. Then goeth he, and taketh with himself seven other spirits more wicked than himself, and they enter in and dwell there: and the last state of that man is worse than the first. Even so shall it be also unto this wicked generation. (Matthew 12:43–45 KJV)

So knowing these scriptures, always beware, as you never know if you are prayed and fasted up enough to take them on with the power of God.

You may wonder why I titled this book: ‘The Mystery Book.’ Actually had I not, it would have been called: ‘Miracles, Modern Day Psalms, Modern Day Proverbs, Revelation, Prayers, Humor, And Poetry. (Plus much, much more.)’ It turns out that the more, and more I wrote, the bigger the name of the book kept getting, because it had such a large variety of topics.

I truly believe that you find it insightful, enlightening, educational, interesting, entertaining, and well worth your time to read.