The Toxic Sting of Deceit, Deception, and Lies 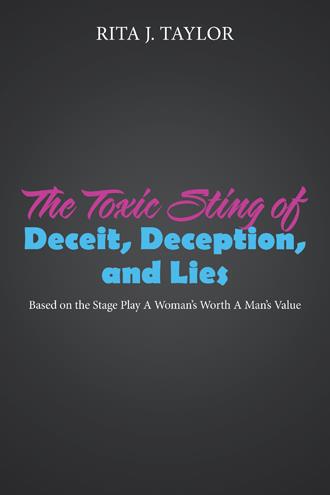 They’ve made it through the long night with Vanessa as she dealt with the actions and words of the man she had fallen madly in love with, so she thinks. After all that commotion, Kevin decides to come over to see how Vanessa is doing and (who is he fooling?) to see if they’ve cooked breakfast. He rings the doorbell, but no one answers so he gets the key from the secret place and lets himself in. He notices no one is up yet, so he makes himself at home by going into the kitchen to get some breakfast. While he does this, Monique walks into the living room from the back, not knowing Kevin is sitting in the kitchen.

Her cell phone rings and she answers. “Hey. Tiffany. Yes, I’m here at Vanessa’s. Now girl, you know I didn’t come to town for an interview. I will be interviewing all right!”

Just then in walks Kevin. “Did I just hear you say you didn’t come for an interview?”

“Look, Tiffany, I have to go. Vanessa’s nosy neighbor is here.”

“I just heard you say you didn’t come to town for an interview. So why did you come to town?”

“You know what, Kevin? I am sick of you! Why are you in this house anyway? I could have several interviews lined up in different places, so you don’t know what interview I was referring to.”

“I don’t care how many you have lined up, but what I do care about is that I just heard you say you didn’t come here for an interview.”

By now, Harriet and Cynthia are up and overhear the last part of the conversation as they come toward the living room.

“What is going on in here?” says Cynthia. “Kevin, did you just say Monique didn’t come to town for an interview?”

Monique jumps in and says, “No, that’s what he thought he heard.”

“That’s exactly what I heard, Monique.”

“So if you didn’t come to town for an interview, then why are you here, Monique? If that’s even your real name.”

Monique becomes a little upset and tells all of them they are messy and very unhappy people as she storms out of the room.

Kevin turns to Cynthia and Harriet and says, “See, I told you guys something doesn’t sit right with me about her.”

“Kevin, I’m starting to get that same feeling,” says Harriet.

Cynthia goes into the kitchen to start breakfast and notices a bowl of cereal on the table. “Kevin, I see you just let yourself in our house again. Didn’t I tell you that key is to be used for emergencies only?”

“It was an emergency.”

“What was the emergency. Kevin?”

“You’re going to have to start giving us money for food, since you eat over here as if you live with us.”

“I guess I could buy something every now and then. Since I’ve had my wonderful bowl of cereal, I guess I’ll leave. Cynthia, call me when you all fix lunch.”

As breakfast is being prepared, Vanessa walks in and sits on the sofa. Harriet asks, “How are you feeling, Vanessa?”

“You don’t look fine. Your eyes are all red and puffy.”

“I know the difference between allergies and crying eyes, and those look like eyes that have been crying for days. It’s okay if you have; last night was very hurtful.”

Vanessa gets angry. “Harriet, I told you it’s allergies. Now leave me alone. Stop trying to make this about Reggie!” She leaves the room.

“Well, I guess she told you,” says Cynthia. “She will have to deal with this in her own way.”

“True,” says Harriet, “but a lot of times we cover up the wounds instead of dealing with them, acting out in bizarre ways—rebounding and doing things to make the other person jealous, when in reality all we’re doing is making fools of ourselves. In the long run we end up hurting ourselves and the next person who comes into our lives. The worst thing Vanessa could do is let the anger and bitterness seep into her heart. I pray God will give her a peace where she can let go and let God.”

“That’s true, Harriet, but it’s not easy to let go of hurt, especially when it’s caused by someone you were in love with. How do you let go of anger, hurt, and deception?”

With Cynthia posing this question, Harriet decides to demonstrate by pouring water on the table and as soon as she does the water starts to spill and spread on the table, so of course Cynthia grabs a towel to start wiping up the spill before it makes a bigger mess. As she does this, Harriet grabs the towel.

Cynthia turns to her and asks, “What are you doing? I need to clean up this water.”

Harriet says, “Clean it up.”

“I can’t until you let go of the towel.”

“Exactly! God can’t clean up our mess or the mess in our lives until we let it go and stop trying to fix it ourselves. The longer I held on to the towel, the bigger the spill became, and although the puddle started out small, it ended up spreading to something much larger because I was hindering the one thing that was needed to clean up the mess, and that was the towel. The longer we hold on to things that we should give to God, the bigger the problem becomes. Cynthia, God will not work when we are trying to fix it ourselves. However, as soon as we take our hands off, God will begin to work. And when God fixes things, they are fixed.”

“Wow, Harriet, what a profound revelation.” They start rejoicing, and as they do, the doorbell rings. “I wonder who that could be,” says Cynthia.

“Girl, probably Kevin coming back for more food,” says Harriet. She laughs as she walks toward the door.

“No, ringing the doorbell isn’t his style,” says Cynthia. “He just barges in.”

She quickly opens the door. “Oh, my goodness, what a pleasant surprise. Come on in. Cynthia, look who’s here!”

“Ms. Finley, what brings you to town?” asks Cynthia.

“You young ladies have been heavy on my heart, so I decided to pay you all a visit. I just said I would take a chance that you would be around. Where is Vanessa? I’ve been thinking about her a lot lately.”

Here comes Kevin, barging in as he usual. “Wait one minute! Ms. Finley, is that you?”

“What brings you to town? Oh, let me guess. They told you about Vanessa and her boyfriend—well, ex-boyfriend—and how he broke her heart.”

Harriet jumps in and says, “No it isn’t, blabbermouth. As soon as you open your mouth, Kevin, things just start flowing out of it.”

“Except things that pertain to him,” says Cynthia.

“Okay, you three, that’s enough. What is going on here? Where is Vanessa?”

“Let me call her and see,” says Kevin.

“You know what, you’ve done enough,” says Cynthia. “It’s time for you to leave.”

“Well, I was about to leave anyway. I was just coming in to get the gloves for Nate. See, Ms. Finley, I’m helping their friend and yard keeper, Nate, outside.”

Cynthia says, “Get the gloves, and get out, Kevin!”

“And hello to you too, Vanessa.”

“I’m sorry. I just wasn’t expecting to see you here. What brings you to town?”

“Well, from the looks of your eyes, you. Who is this young lady with you?”

“So this is the famous Monique that you used to talk about all the time. The one you say you share everything with?”

“How are you?” says Monique. “I’ve heard so much about you.”

After experiencing a failed relationship and unresolved issues within herself an admired News Anchor realizes that she has experienced the sting of deceit deception and lies. Her friends are helping her navigate through the pain and hard truths only to discover that the healing process may not be as easy as they had hoped.

It is God’s desire that we live a life of freedom and purpose but sometimes we can be our own hindrance when we fail to deal with past hurts and ugly truths about ourselves. The Toxic Sting of Deceit Deception and Lies is a book that will show the damage that can be done when we project our own pain onto others but also the power of healing and forgiveness when we are willing to do the work.

Rita J. Taylor is the founder and owner of RitaJ Enterprises LLC and its subsidiaries RTaylor Productions and RTaylor Publishing. She has written, produced and directed several stage plays. She holds a Bachelors in Business Management and is currently a contributing writer for Hope for Women Magazine.