Finding Love in a Lonely Generation 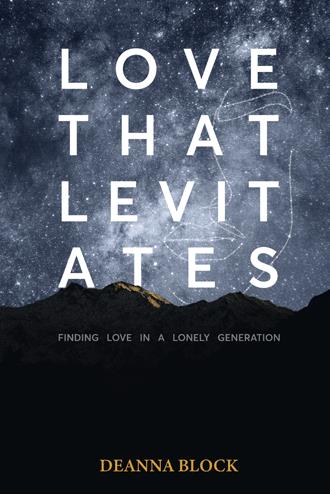 What is love? Google dictionary says, “an intense feeling of deep affection,” “a great interest and pleasure in something.”[1] Haven’t feelings led so many people astray though? They can be here one minute and gone the next. What happens when we don’t feel deep affection or take an interest in something anymore? Was that love ever real?

One of Merriam-Webster’s definitions of love seems to get off the surface describing “unselfish loyal and benevolent concern for the good of another.”[2] It seems according to this definition that love is not only an action but also a reaction that stems from your character. Benevolent is a word that speaks positively and directly about the nature of a thing being good. As for being unselfish and loyal, it is rare to find a relationship defined by those attributes because loving like that requires hard, persistent work.

Society tells us to love ourselves first—that others can wait. Give loyalty only when it benefits us. What are the results of that attitude? Living lonely.

The Washington Post released an article in May 2018 titled, “Why Are Young Adults the Loneliest Generation in America?” In it, Rachel Simmons looked at a study released by a health company named Cigna. The research showed that our nation’s young adults, those between eighteen and twenty-two, were more isolated and disconnected than were our elderly. Looking into this article, I expected to see that screen time was the culprit, which the author later admitted didn’t help. Instead, she suggested that the students she talked with weren’t spending time alone. However, when they were around people, the connections stayed surface level.

She offered a list of what parents could do to help their college students.

1. Encourage them to take self-care seriously.

2. Remind them that everyone gets lonely sometimes.

3. Tell them that loneliness isn’t their fault.[3]

I agree that it isn’t always our fault when we feel lonely, but don’t we play a part in it? Maybe we are a lonely generation because we allow ourselves to be lazy in relationships. The era we live in puts pressure on prestige. It is saturated with social media, making connection easier than ever, but it can’t replace face-to-face communication. Deep down, we feel lonelier because we feel unknown.

Here we are, left behind

Looking through a screen makes you feel alright.

Another day, another dime

Looking in the wrong place for something right.

A pixelated version of ourselves

I’ve disconnected, now I’m by myself.[4]

Have you ever taken a break from social media? I have. I spent a lot more time working on building significant relationships. Hopefully, the lyrics “I’ve disconnected, now I’m by myself” are not true of us. Social media can give us a false sense of friendship. Friends who I thought would show up for me while I was on my social media break never even noticed I had left. We have empty conversations because there was never any real conversing.

As humans, we crave attention, affection, and admiration. These three needs can be seemingly met on social media. We know as women that sex sells, and you don’t have to dig very deep to notice that when you flash a sexy selfie, it gets more attention than “real” posts. People like looking at the fantasy, and if you’re honest, you’ll admit that you like seeing yourself that way too. I don’t think there is anything wrong with taking care of yourself; I’m a cosmetologist for goodness’ sake! I want people to feel good about themselves and their images. But I also want people to know that they hold value internally. External beauty fades as we get older, but internal beauty has the potential to get better with time.

I am basing the foundation for this book on love because that is the place where I began to find the tangible truths that bonded my heart and mind. This is a part of my story and my journey, but it’s also sprinkled with others’ stories. I believe that even when our lives differ, we have some major commonalities and can learn from one another’s experiences if we listen.

I believe you are beautiful and have a purpose, and I don’t have to hear your story or see your face to know that. I’m here to try to prove to you that my statement is true. I don’t want you to be alone. I want to stand by you and hold your hand in this journey of doubt and questioning. I hope this book helps you find answers to your questions. I hope that in the end, you will find the love and acceptance you’ve been made to crave.

What We Think About Love
Shapes How We Live

We have all, at one point or another, been on a quest for love, and during that journey, we may find ourselves asking questions: Is love a reality or just an exhausting fantasy? Why does love exist? Why do we crave love so much?

In Love That Levitates: Finding Love in a Lonely Generation, author Deanna Block explores these thoughts and more, taking you to the place where she found an eternal everlasting love. What we think about love shapes how we live. In a society of social networking and polished public images, we can find ourselves looking for love in the wrong places. Even so, it is still possible to have deep and meaningful relationships. The guidance offered here can connect us in a way that goes against our natural responses, but it can be the most fulfilling, life-changing love in existence.

Enlightening and challenging, this faith-inspired exploration invites you to discover a new way to build and maintain relationships with a foundation of love.

Deanna Block is an author, licensed cosmetologist, artist, wife and mother of three beautiful children. She writes from the small town she grew up in Baudette, MN. Her dynamic personality and artistry make the stories she tells entertaining and tangible. Deanna’s desire to connect the mind and the heart appear in her writing by intellectually and spiritually engaging her readers.