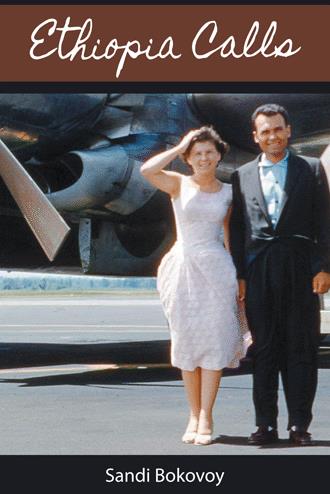 A blazing white streak shot across the dark night sky. A huge boom reverberated against the stone walls of our compound. Army tanks were rumbling down the city streets. What was happening to our beloved country of Ethiopia? So little communication on the radio as it was mostly playing only music. We could not understand the occasional bulletins on TV. It was Wednesday night, and we were preparing our clothes for our appointment with the king tomorrow afternoon at the palace. We had been told that there was a new curfew at 8:00 p.m. It appeared no one was on the streets but the revolutionaries.

We had been invited to have tea with his Majesty, Haile Selassie at 2:00 p.m. on Thursday at the palace. We had been told of the protocol of the palace and prepared our children for the visit. Fifteen-year-old Alex Charles (Chuck) and fourteen-year-old Joanna Lynn (Joni) would follow protocol, but 5½-year-old James Dean (Jimmy) was told to keep quiet and not say a word as we had no idea what he might say.

Della Hansen, the royal housekeeper, had arranged our private visit with the king. Alex had often spoken with him when he would come to our hospital to check on a patient. Once he had come to check on the welfare of a lady who had eight children and was going to have her leg amputated, and he was concerned about her surgery. He loved his people. He had attended the dedication of our new hospital in 1968. He was very grateful for what we had done for his people. Now we were leaving Ethiopia after calling Ethiopia home for eighteen years—first in Dessie rebuilding Taffari Makonnen Hospital as the only doctor and now in Addis Ababa. Alex had served as medical director of the Empress Zauditu Memorial Hospital in Addis Ababa for nine years.

We arrived at the palace and were escorted into the private family quarters. The king arrived and greeted each of us. During our visit, Alex presented him a book called A Century of Miracles (by Richard Utt, Pacific Press Publishing Association, Mountain View, California, 1963), telling of our mission work throughout the world. We enjoyed our visit with the king. As we were leaving, he put his arm around our little son and said to him, “Jimmy, you will come back to Ethiopia someday, won’t you?” Jimmy looked up at him with his big blue eyes and did not say a word.

The journal of a young couple who lived through life and death experiences to bring hope and health to hundreds in need of both physical and spiritual healing.

Sandi Bokovoy’s passion throughout her lifetime has been Children, Youth and music ministry, in partnership with her husband Alex, a graduate of Loma Linda University School of Medicine, Fellow, American College of Surgeons, Diplomat American Board of Surgery, and certified for both general and vascular surgery. Over their lifetime they served in Ethiopia and Singapore, with brief projects in Malaysia, Jamaica, Russia, Tanzania and Madagascar.

When they returned to the United States, Sandi continued to work with children and youth in Texas and Hawaii, serving in leadership roles in Pathfinders and Child Evangelism. While in Texas she created a youth choir group that toured the US for 3 years, culminating with a trip to Israel that became the film, “Ancient Dawn”. During retirement, she and Alex became actively involved in Native Ministries, where she served for several years as Director of Children’s Ministries.

Sandi has a BA in Religion and Minors in Music and Secondary Education from Southwestern Union College (now Southwestern Adventist University) in Keene, Texas and Union College in Lincoln, Nebraska. She also completed all but the final year of nurse’s training – two years at Union College and one year at Loma Linda University School of Nursing. She left early to be married.