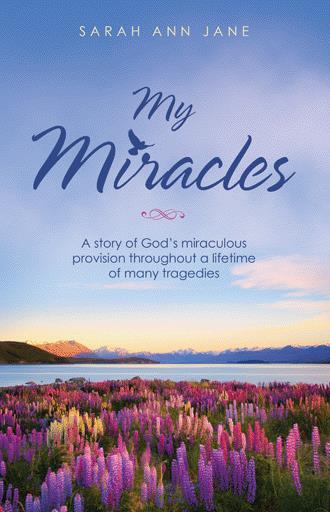 CHAPTER 7
I didn’t realize it at the time, but Brad had a serious drinking problem. I had never really been around anyone who drank before. He’d get drunk and become a very mean person. There would always be a fight when he got drunk. It happened regularly, but he’d apologize and we’d move on. That was until the day I decided that God never really heard me or cared about me.

He came home from work and had been drinking again, although he wasn’t even old enough to. He was only twenty. He said he wanted to go to the bowling alley down the road to drink more beer. I begged him not to but that didn’t stop him. I rode along, I guess thinking I could convince him to change his mind or maybe just to be there to save him. I sat outside in the car waiting for him, hoping that he’d be done soon. I guess I must have waited for at least an hour and got fed up and started walking home. I was halfway there when I heard his car going down the street below. I walked faster, at times running. When I finally got back home, he was there, more drunk than I’d ever seen him before. He started accusing me of leaving with a guy and the fighting began again. He called me every name in the book and I decided that I’d had enough. I called my mom and she came to pick me up. I drove her home and borrowed the car to move out. When I got back, I saw that he had broken all kinds of things and the place was a mess. Things had never gotten this out of control before. I told him that I couldn’t live like that anymore and started packing my things. I was going in and out loading the car up and after about my third trip, I found him sitting on the edge of the bed with a gun in his hand, crying uncontrollably. I asked him “What are you doing? If you want to shoot somebody, shoot me!” I’m not sure why I said that, but I did indeed say it.

He asked, “You want me to?” while pointing the gun right at me. All of sudden, he got a look on his face like he had even shocked himself at that statement. He quickly lowered the gun and continued crying, even worse than before. He sat there on the bed and I continued moving my things out to the car. I had my arms full of stuff when I reached the front door and then, all of a sudden, I had a horrific feeling come over me, so bad that I actually dropped what I was holding. I went back in and sat on the bed beside him. I asked him if he’d ever harm himself. He couldn’t speak, only shaking his head no. I told him how stupid that would be and how that would never fix anything. I asked him if he would promise me that he’d never hurt himself. He shook his head to answer yes. I walked out of the room. The next thing I heard was BANG! He had shot the gun. I could hear ringing in the wall heater on the living room side. I assumed that he had shot the heater from the bedroom side.

I ran back into the bedroom, angry that he had done that. There he was, laying on the end of the bed with the gun beside him near his head. He had done it. He shot himself.

I ran to the phone to call for help, only he had pulled the phone out of the wall in his earlier rage. I ran to the apartment next door but the old woman began closing her drapes and shaking and her head no as I was crying for help. I ran to the other neighbor’s house and the people who were outside didn’t speak any English. I finally made them understand to call for help. I went back home and sat there on my knees next to him begging God to please let him live.

Finally, the police and ambulance got there and they made me wait outside. I prayed like I’d never prayed before, believing that God would hear me and save him. They took him away in the ambulance and a very nice police officer gave me a ride to the hospital. He promised he would find out how he was doing and let me know. I sat there in the waiting room for what seemed like forever before the officer finally came to see me. He just looked at me and said that he was sorry. Brad didn’t make it. I was in shock and I can remember thinking that God really didn’t care about me. How could He let him die? Wasn’t I a good enough Christian that he would answer my prayer? He didn’t answer my prayer, He let him die. The anger towards God began right then.

Sarah Ann grew up in a somewhat dysfunctional family and shares some of the difficulties that came along with that. She faced many unbearable tragedies during her lifetime, from physical and mental abuse, losing her first love to suicide and the loss of her husband while he slept beside her. She shares about her growth in her relationship with the Lord and how the many difficulties strengthened her relationship with Him. She looks at her life as the perfect picture of tragedy to triumph.

Sarah Ann Jane began her writing in poetry and was nominated for APA new poet of the year in her first year writing. Sarah lives in Southern California with her husband, Travis, 2 exceptionally spoiled dogs and her witty 38 year old parrot. She and her husband enjoy traveling abroad. She lived in Kentucky for twenty years before moving back to California and brought back with her the love for southern comfort food. She considers cooking a hobby and considers herself a total foodie.