Discover how genuine intention and action can transform your ability to change the world. 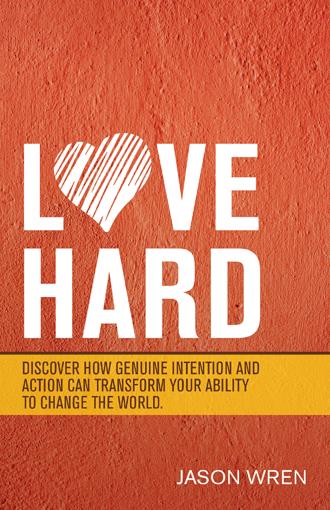 From which perspective – hope or fear - are we going to choose to operate today and tomorrow? Our impact and ability to change the world depends on that choice. How, many ask, can we possibly choose hope with so many terrible things happening in the world? We do not need to look far to find places in the world where war is being waged or other atrocities are being committed. In 2020 alone, a pandemic shut down the entire world and killed tens of thousands of people. Millions more lost jobs and suffered indirect consequences. In the United States, arguably the most advanced country in the world, school shootings occur regularly. Racial tensions remain despite decades long battles to eliminate them. Poverty and all its consequences are nearby. Some ask whether things have ever been so bad. And how, they wonder, can we have hope.

It is true that we live in a world full of challenges, difficulties and struggles. But it has always been true, and it will always be true. In 2016, we experienced the Zika virus and more racial tensions. North Korea tested the H-bomb. ISIS ravaged its way through the Middle East. Decades earlier, during 1968, the Vietnam War waged, and Martin Luther King, Jr. and Robert F. Kennedy were assassinated. From 1958 to 1962, a famine in China killed millions. During the 1930s and early 1940s, the world experienced a world-wide war and Holocaust during which millions more died. From 1929 to 1939, 13 to 15 million Americans were unemployed, and half the banks failed during the Great Depression. We can find similar awful circumstances no matter how far back we look. During the mid-1300s, a plague throughout Europe killed approximately one-third of the known population. In the 1100s and 1200s, people murdered innocents in a misguided attempt to advance their religion during the Crusades. The list goes on and on.

Alternatively, we can choose to focus our actions and efforts on those around us and love hard no matter our circumstances. From this perspective, we learn to live in hope, knowing that no matter if or when bad things happen and difficult circumstances over which we have no control arise, we will still care for each other. How we handle and address every conversation, event and circumstance, and in turn the impact we have on the world around us, will be determined by the choice we make.

There will be difficulties. But will we respond in fear or with hope and love? During the middle of trying times and situations, the choice we make in how we respond and interact with others will have real and lasting impact. Our choice to love hard from a perspective of hope can transform fear to courage, hopelessness to hope, restlessness to peace, and sadness and brokenness to joy.

Most of us have a fundamental misunderstanding of love. We think it is about us. We believe it is about how someone or something makes us feel. When something or someone fails to give us the positive feeling we want, we move on and look for something else. This type of love requires little effort. By making it about us, and how we feel, we miss the many opportunities presented to us every day to have lasting and meaningful impact. To truly love is hard. It is not a feeling, but an action. It requires us to be intentional and outwardly focused on others rather than internally focused on our own feelings. When we love hard, our lives have real, meaningful, lasting, positive impact on the world around us. In Love Hard, Jason Wren uses stories from his and others’ lives to show how all of us can learn to love hard and, thus, have significant and lasting impact.

Jason Wren’s journey of figuring out how to love harder and have greater impact has taken him down many paths. After practicing law for over a decade, he decided he could have greater impact in the healthcare industry and became general counsel of a hospital system. He was later named President and CEO of that hospital system, which operates across the Dallas/Fort Worth metroplex area. It was an atypical career path to a hospital CEO position, but one taken in the name of learning how to love harder and find new and better ways to have positive impact. Jason also looks for ways to love others well outside of his career, such as founding a non-profit called Acts4Others and serving on numerous civic and industry councils and boards.