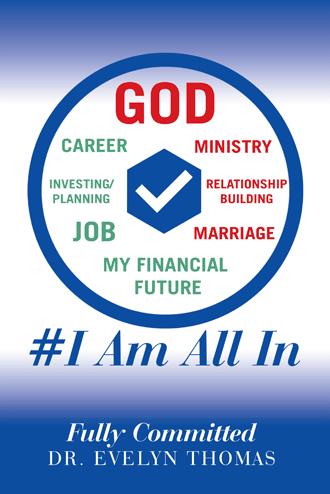 Marriage and dating is an investment, which also involves some risk. A couple with the mindset that I am all-in can survive. I believe that your attitude determines your altitude.

Despite this fact, many researchers have concluded that 39% of marriages in the United States terminate in divorce.

Today, more people are concerned about uniting with someone that they are equally yoked with. Settling for the wrong person may lead to a divorce. Some people have set specific standards, and they are not retracting them, despite what others may think.

Although some people want to be married, they don’t want to get married just because they may be lonely. I have spoken with a few ladies who are just not engaging in giving up the cookies, so to speak, before marriage, which is biblical, correct.

I have often heard men say many times that they respect ladies who have respect for themselves. These are the ones that men have to pursue.

These ladies do not give in quickly, and they don’t chase after men. They have set high standards for dating, and because they follow Christian principles, the timeline for meeting the type of man they have in mind may be lengthy.

Understand that men are chasers by nature. Most of them are up for the challenge. Most men like the idea that some women are different and stand out from the crowd. Many men find this idea very intriguing, regardless of how some may disagree.

There is nothing wrong with a person who has reached a certain age and is still not married. They may have a person of a certain caliber in mind, and they refuse to settle. People who realize their worth and assets know that they have a lot to offer the right individual, so if the waiting period for marriage is lengthy, that’s not a problem. Enjoying single life until meeting the right person is an incredible experience.

I believe that there are still people today that realize that marriage is sacred and honorable in the sight of God. Instead of rushing, some people take time and choose their mate carefully and prayerfully to avoid possibly ending up in divorce court. Many are aware that there are many important things to be considered before saying I do or I will. Christians should always pray and seek God before getting married.

There are many factors to be considered that may put people at a higher risk for divorce. Some of them are cultural differences, marrying at an early age, lack of education, and finances. Other factors that may affect divorce rates are living together before marriage, trust issues, premarital pregnancy, and a lack of a relationship with God.

Couples must communicate and discuss all of these factors before engaging in marriage. Marriage is a lifetime commitment. Professional and spiritual counseling should always be a prerequisite to all marriages regardless if it is the first or there have been multiple ones. Marriage is not a one size fit situation.

Both parties must understand that pre-marital counseling is critical and may enhance the relationship and the marriage.

Spending quality time with each other helps a couple to get to know each other better. Following this protocol may also help prevent some unnecessary future issues.

Before engaging in a committed relationship, it may be better for a couple to start a friendship and build a relationship. Following this method may allow the couple an opportunity to prevent some future problems.

God has inspired Dr. Evelyn Thomas to write this book to reach a diversity of people, especially the millennials. Many single parents today do not have the guidance of the village that older parents once knew. The village comprised older men and women of the community that injected their wisdom into the younger generation to help prepare them for adulthood. Today, it appears that the village has fallen asleep. Bridging the gap between the children and the village today is one of the purposes of writing # I Am All In. Many children have turned to the media, peers or have been left to themselves to choose the right trajectory.

I warmly dedicate this book to my three wonderful daughters, Carla, Dana, and Shandra, as well as my seven grandchildren and my sister Christine.

I acknowledge Apostle McKinley August, senior pastor of Cathedral of Praise Ministries, Beaumont, Texas. He is my spiritual father and overseer. He and his church family have been a great inspiration to me. I also thank Pastor Stanley Harris of Beaumont, Texas, who has always inspired me to stand and see the salvation of the Lord.

Special thanks to my church family for your prayers, support, and love.

Dr. Evelyn Thomas is a motivational speaker, business consultant, pastor, and teacher. She earned a Ph.D. in Human Behavior and a Doctorate of Divinity from Trinity Christian University, New Orleans, LA.  Dr. Thomas also earned a Masters of Theology Degree from Free Spirit Bible College and a Bachelor of Science degree in nursing from Southern University, Baton Rouge, LA.  She has traveled near and far, participating in conferences and seminars. Dr. Thomas is the executive producer and director of The Moving Mountains Television Broadcast.  She has authored two other books, Thinking Beyond Your Means and By What Authority Do Women Preach.