Truth and the Transcendent Business 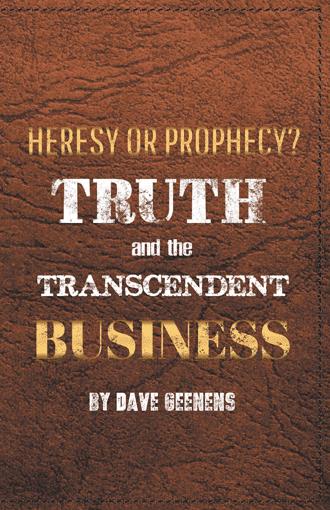 Here is an essential summary offered by Smith, “And hence it is, that to feel much for others and little for ourselves, that to restrain our selfish, and indulge our benevolent affections, constitutes the perfection of human nature; and can alone produce among mankind that harmony of sentiments and passions in which consists their whole grace and propriety. As to love our neighbor as we love ourselves is the great law of Christianity, so it is the great precept of nature to love ourselves only as we love our neighbor, or what comes to the same thing, as our neighbor is capable of loving us.” Smith is right on with both our natural self-interest and our natural concern for others, but he bases our concern for others strictly on the affinity of one another’s passions or sentiments; even placing our morals and sentiments in the hands of our imperfect neighbor and restricting our imperfect selves to a moral responsibility to “only as we love our neighbor;” or worse yet, “as much as our neighbor is capable of loving us.”

This is not a very high bar without another influence, and certainly an unstable moral foundation given our tendency toward self-deception and skewed love for the rich, famous, and powerful.

Smith makes this statement that reveals his basis for determining actions to be considered moral. “When we judge in this manner of any affection, as proportioned or disproportioned to the cause which excites it, it is scarce possible that we should make use of any other rule or canon but the correspondent affection in ourselves.”

No need for any other “rule or canon” leaves morality to be determined by ourselves and the extent to which our sentiments dance with and agree to the sentiments of others.

Do you see the lack of a moral keel here?! Certainly, without the regimen, if not the heart-felt compassion and mercy for the world emboldened and embodied by the Christian faith and the Church, we would find it scarcely possible to make use of any other set of rules for determining the appropriateness of another’s actions as suggested by Adam Smith. With all due respect, I contend that herein lies Smith’s folly.

Let’s bring this discussion of Smith’s morality and virtue home to free market economics and business; the topic for which Smith is most well-known. There’s almost nothing about altruism or kindness or compassion or serenity or loveliness in The Wealth of Nations. Similarly, there is almost no defense of commercial life in The Theory of Moral Sentiments. Smith does concede in the latter, though, that great benefits for others can result – ambition induces us to strive, to innovate, to improve, to accumulate, to produce. In Smith’s view, while we greatly exaggerate the benefits of accumulating wealth for our own happiness, ambition is what created agriculture; it made human beings create cities, and led us to discover the great truths of science and the arts and to “embellish human life.” “When Providence divided the earth among a few lordly masters, it neither forgot nor abandoned those who seem to have been left out in the partition. These last, too, enjoy their share of all that it produces.”

Smith believes that the consequence of capital deployed in the interest of ascending to wealth and fame, though a vain and empty pursuit, benefits those within its wake; namely employees, laborers, trading partners, and society itself. This is a prophetic reference to trickle-down economic theory.

The modern calculus of economics, though, that looks at quantified benefits and costs only, is a flawed calculus. I believe Adam Smith would be offended that today’s economic man would ignore the cautions and insights provided in The Theory of Moral Sentiments. In many ways, his cautions were a harbinger of what we see today in business: an unhealthy worship of the rich and famous, an unbridled pursuit to mimic and achieve that lifestyle, and business actions passively endorsed by an amorphous morality that is defined by the masses who own and occupy the cultural megaphones. This amorphous morality in lieu of a fixed set of moral rules is Smith’s folly.

Though a proponent of free markets and economic freedom generally, Smith was not an anarchist or a doctrinaire libertarian. He was a classical liberal, meaning a liberal in the original use of the word – someone who valued liberty and favored limited government. It is unlikely he could have foreseen the denigration of cultural norms to the point where tolerance is the great religion of modern times. Today, we all bow to it in ways that Smith would have found surprising. “Shocking” may be a more appropriate descriptor here; adding unforeseen weight and color to his folly.

Do you struggle to reconcile your work in the marketplace with your Christian faith? Are you frustrated with the descent of our culture into intolerant factions that threaten life, liberty, and the pursuit of happiness? The pursuit of social justice is a common goal of mankind, but the means to get there are of significant debate. Where can we find answers?

Adam Smith foretold of extravagant passions that are harbingers of the ill-functioning free market we see today, where rights to private property and the rule of law prevail, but where an amorphous morality acts to pit class against class and threatens the very liberty and freedom on which a free market is built. You will find the truth about what is required for a free market to function well, and it may surprise you!

Though many view business today as part of the problem, the Church views business and business leaders as part of the solution. This is true especially for businesses operating in a free market! You will be shocked at how crystal clear the Church speaks of business, its true purpose, and the necessary role business leaders play in the economic and spiritual flourishing of their employees. There is no substitute for the practice and perfecting of virtues at work.

In this book, you will walk through history, economic theory, virtuous business practices including a new perspective on business leadership, and real stories of the application of these principles in business today. The 13 Tenets of the Transcendent Business will help provide a guide for you as you begin leading your business and your employees toward transcendence – the true purpose of business. Also, you may well experience the peace that comes with aligning your Christian faith with that to which you are called: business.

Dave Geenens is Associate Professor in the School of Business at Benedictine College in Atchison, Kansas. Simultaneous to much of his academic career spanning 11-plus years, Dave has consulted with and held part-time executive positions in business enterprises in a variety of industries including apparel manufacturing and decoration, financial advising, equipment manufacturing, and large-scale commercial services.
His full-time business executive experience includes President/CFO of Fire Door Solutions and CEO of Avascend Healthcare Hospitality, both in Overland Park, KS; CEO/President of Impact Design in Lansing, KS; Vice President of Operations at Penn Emblem (Philadelphia, PA) and Gear for Sports (Lenexa, KS.) Each of these business leadership experiences coupled with his Christian faith have informed his hands-on application of the principles in this book.
Dave holds a bachelor’s degree and MBA along with a CPA license (inactive).
He is the author of three other books:
Nothing is Free – The Price Only Business Leaders Can Pay to Protect Free Markets
Leaderslip – Reversing the Slide of American Enterprise Leadership
Arise! – Life Changing Truths for the Tormented Leader
Dave speaks to companies and groups nationally about the integration of faith and work and the critical role Christian virtue plays in the protection of free markets and liberty, and how virtue is essential for effective leadership and optimizing cooperation.
He and his wife, Terry, and their dog, Lucy, live in Lenexa, Kansas (Kansas City) as empty nesters. They love and enjoy their grown children; Megan, Aubrey, and Austin; their spouses, grandchildren, and grand dogs.