The Story of God and Us 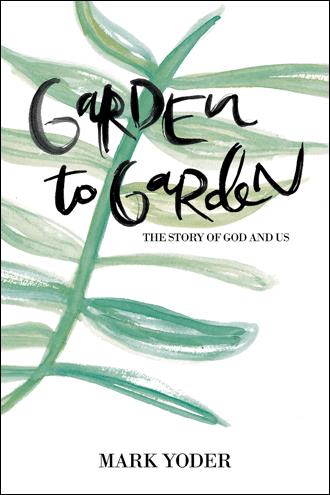 That’s Good, But Is It Enough?

Having done over twenty-five years of student ministry, we’ve had the thrill of having high school students who excelled in sports come through our ministries. There’s a sense of living vicariously through them as they stood out, exceled, and became recruits at Division 1 colleges. What an amazing gift to watch them rise.

On those occasions when we’d pick up and play ball in a gym or on a mission trip, I’d get an up-close (and humbling) demonstration of how “good” they were. I’d go so far as to say they were great.

But college sports are on an entirely different planet than high school. Every athlete I know who has played on the collegiate level has commented that it’s a job. Harder work and better competition. The level of greatness skyrockets. What used to be an elite athlete may now be just average or less. Somebody who garnered headlines as a high school athlete might not even see much action in those early college years, if ever. Five-star recruits don’t always pan out.

Why? Because what was outstanding or great in the lower divisions of sports might only be good in the upper divisions. Don’t misunderstand; they’re still good, but good is good, not great.

In Genesis 1, as God created the universe, He looked multiple times and “saw that it was good.” It was everything we can imagine and more. And while it was good, it wasn’t complete. As God scanned all that He had made, He then created one last brilliant work: man. And this last project was the culmination of God’s artistry.

As God formed humans from the dust of the earth, there are several twists in the creation account. Don’t get me wrong; the universe was and is amazing. Celestial bodies, gravity to keep the solar system in place, the fact that ice floats (otherwise the oceans would become solid ice from the bottom up), the countless intricacies of planet earth on its own—all of these point solidly to the goodness of what God made.

But humanity’s birth was on another level. How can we know? Because several patterns, shown in the universe’s creation, changed when we were made. They elevated to new levels, and we can’t help but notice the prominence of man, the last of the creation.

Here Are the Keys

Many of us remember that moment after we got our driver’s licenses and were handed the car keys for the very first time. Maybe it wasn’t our car, but we were at least given control. It was a rich privilege and a heavy responsibility.

That’s humankind in the garden.

And God blessed them; and God said to them, “Be fruitful and multiply, and fill the earth, and subdue it; and rule over the fish of the sea and over the birds of the sky, and over every living thing that moves on the earth.”

In other words, He gave us the keys to the car.

God wasn’t releasing ownership or control. He had just finished sculpting an amazing project that was galaxies wide. The ownership title was, is, and forever will be in His hands. But He handed over to us the privilege and responsibility of ruling over it. Enjoy it. Use it. Take care of it. To no other part of all of creation did God give such a role.

Early in our married life, Carmen and I were asked by a slightly older couple in our church if we would watch their young children at their house while they were on a ski trip getaway for a week. We loved our apartment living, but this was a house! As an expression of kindness, they stocked the pantry and told us to enjoy anything that was there. We did.

A couple of days before they returned, we decided to light a fire in the fireplace. Simple enough; I put in a couple of logs, added some paper to get it going, and lit it up. After replacing the metal screen on the front, I went back upstairs to grab something to drink. In just a moment, smoke started filling the room. I hadn’t opened the damper!

As you can imagine, it was panic mode when I couldn’t locate the damper. Then, just to get the fire stopped, I tried to pour just enough water on it without it spilling out onto the floor. The smoke smell was overwhelming. For two straight days we did all we could to get the smell out: fans on, windows and doors open, and more than a few sprays of air freshener.

Yes, we confessed when they got home. They had a laugh at our expense. But that pressure to care for their house was real. We were stewards. Which is exactly what God has called us to be over His creation: caretakers over His prized creation.

Don’t take your stewardship of creation as license to go lazy or wasteful. Just like Carmen and I would answer for anything done to the house, we will too in regard to our world. But it’s ours to enjoy and utilize. It’s a high honor.

Good stories capture us. Gripping stories inspire us. God’s story changes us. In Garden to Garden, through the power of story, author Mark Yoder recounts the epic saga of God’s work with man. It began with the first garden in Eden and wraps up with Revelation’s last garden on the new Earth.

From the marvel of creation, through the colossal collapse of the fall, and on through God’s work to rescue it all, hear the plot twists and shocking acts of a heroic Savior. Written in a style loved by people who gravitate to stories, Yoder weaves the narrative of Scripture with tales of his own. Those who are unfamiliar with the general flow of the Biblical plot will learn the big picture alongside many of God’s individual acts. Those who could tell much of this story themselves will step back and once again be in awe of how astonishing this narrative is.

Mark Yoder is currently the lead pastor of Christ Community Church in Sumter, South Carolina, bringing with him over 25 years of student ministry experience. Working with teens those years cemented in him a love and appreciation for gripping stories. With five adult children, Mark and his wife Carmen also have a growing number of grandchildren who, like them, are learning to love a great plot.