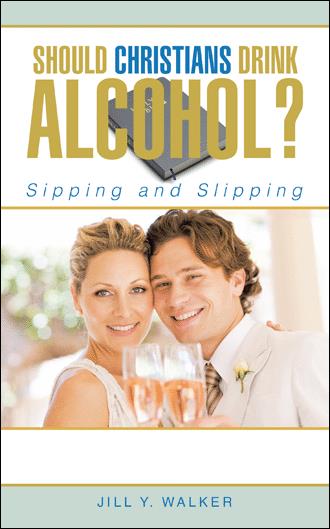 Should Christians Eat at Restaurants that Serve Alcohol?

This second question is much more debatable, and its answer is much more uncertain for most born-again believers. Should Christians eat (on a regular basis) in restaurants where alcohol is served?

Let me share with you what I’ve observed. There are two categories of restaurants that serve alcohol. I’m not talking about an old-fashioned tavern frequented by many drunkards where brawls and fights break out. No! Satan had a clever idea when he started attracting Christians to alcohol-drinking restaurants. He used big TV screens, loud music, and appealing menus. Compromise began to settle in. Good food is hard to resist—even if it is available at a restaurant where liquor is served.

The first category includes certain restaurants that began popping up in the 1990s. I won’t name ’em. I don’t have to. Most Christians who are reading this have been to those places. The places that fit into this first category are common eating places where alcohol is served. At these establishments, the bar is hidden from the general public, unless a patron walks down a hall to find it and order drinks.

To make clear my own convictions, let me state here that on very rare occasions (mostly holidays), my dear husband and I will eat at a restaurant where the bar is not in plain view but is off in another room, somewhere we don’t see. It’s not my preferred place, but nothing else is open—and I gave up cooking at home on holidays a long time ago. Rare are those times, I might add. It is also rare for me to eat at a restaurant where alcohol is served out of view.

The second category includes the type of place frequented by Christians seeking to mingle. You’ve got it. Again, I won’t name these chain restaurants, but most people know what they are. In these types of places, the bar is right out in the open. The booths and seating areas are shamelessly located not far from the bar. Serious drinkers sitting on bar stools are in view. The bartender pours the drinks for those who are becoming looser by the minute in an atmosphere that promotes alcohol use. Don’t deceive yourself for one minute. This kind of atmosphere does have a gross effect on a Christian who continues to hang out at such places. The only difference between these kinds of places and the old-style local tavern is that they serve more food, and the décor is a bit more refined and dignified.

Turn not to the right hand nor to the left; remove thy foot from evil. (Proverbs 4:27)

My absolutely amazing testimony about this subject is that I haven’t been invited by the unsaved to dine at such openly bar-revealing types of places. I have been invited by preachers! That’s right. Some ministers of the gospel like to hang out in such despicable environments.

On more than one occasion, my husband and I have been invited to eat at a bar and grill or at a saloon. The signs advertising these places hang outside, above the front doors. How obvious can the devil be? Satan is bolder and bolder with his tactics. Once again, many Christians frequent these drinking establishments with a charred conscience.

A minister once told my husband that he and his wife questioned whether they should eat at drinking places, especially ones where the bar is prominently located for anyone to see. At first, this couple was convicted not to go to these types of places. Then, they thought more about it and decided that they could attend and stand out as witnesses since they wouldn’t be drinking. Whatever! That’s like saying that one may hang out at brothels but not go to bed with a prostitute. Here’s the truth on this matter:

Now the Spirit speaketh expressly, that in the latter times some shall depart from the faith, giving heed to seducing spirits, and doctrines of devils, speaking lies in hypocrisy; having their conscience seared with a hot iron. (1 Timothy 4:1–2)

Sometimes it seems you see alcoholic beverages everywhere you look. What was once available only in liquor stores can now be found in many neighborhood grocery stores and even gas stations. It’s almost impossible to avoid. While drinking alcoholic beverages was once unthinkable in Christian circles, social drinking is on the rise today, even among Christians. Many pastors also endorse this practice. But what does the Bible say about drinking alcohol? Is it acceptable for Christians to drink wine? Can believers be a testimony in atmospheres where alcohol is served?

In Should Christians Drink Alcohol?, author Jill Walker explores these questions and more. She provides biblical evidence stating that Christians should abstain from drinking all alcoholic beverages. She also explains why eating where alcoholic beverages are served can be a bad choice. Walker shares personal stories and scriptural references with the intent of enlightening the hearts of others and challenging them to be completely abstinent.

This study and personal testimony consider questions about alcohol and faith, exhorting Christians to abstain from drinking altogether.

Jill and her husband, Mike live in Mattoon, Illinois. They have children and grandchildren. Jill is a pastor of a non-denominational church and has hosted and produced her own  t.v. and radio programs throughout the years. You can visit her website at: www.jillwalker.org and her Facebook page at: www.facebook.com/revjillwalker. Her YouTube channel is: Rev.Jill Walker.