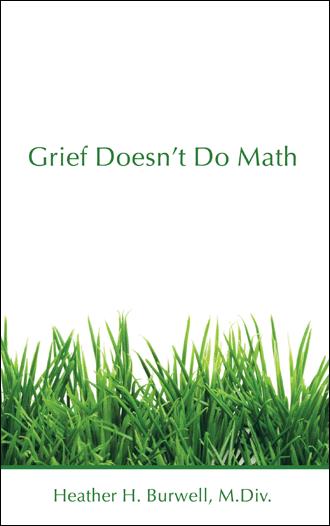 Undoubtedly there are landmark movements on the stages of grief with Elisabeth Kübler-Ross’ infamous ﬁve stages sustaining the most prodigious prominence. The millions of individuals who have obtained substantial alleviation from the grief-staging approach can attest to its myriad beneﬁts. This project’s purpose is to bring into question the grief stages concept, while recognizing its potential as a healing balm. This objective observation is, if you will, for people who, like me, could not work a linear path along grief’s sojourn. After my husband passed away, I found myself in all, or various parts, of the stages simultaneously over a half decade’s span. Our son, who was age four at the time, has endured his own harrowing grief experience with the acceptance piece appearing futile. As a chaplain, I have had the joy of listening to others’ life stories. A patient named Carol, whilst discussing her husband’s death, poignantly labeled her grief journey a “ﬁve-year fog.” This fog is precisely why the ﬁve stages are lacking in efﬁciency and meaning. That being said, the ﬁve stages are now ingrained into the paradigm of human consciousness. Of the stages, pastoral theologian Bonnie Miller-McLemore reveals, “Not only have they permeated the professional world of the hospital, they have also shaped attitudes and oriented the thinking of the general public.” While clanging a resounding gong of inquiry into the ﬁve stages is a daunting task, it is well worth an in depth perusal. Lamentably, the loss of loved ones is a certainty. We will all be grievers at some point in our lives. This inevitability is precisely the reason for this project: to ﬁnd additional, alternative grieving methods. Full expressions of grief are part and parcel of the grieving experience. To suggest removal of such expression is to neglect a mandatory process necessary for healing and recovery. Rather than remain bottled up within an individual, or placed on a spectrum, the gamut of emotions need to surface. By removing the exhortation of stages, a griever can mourn as they see ﬁt. Thus, autonomy is returned to its rightful owner, stages be damned.

Grief Doesn’t Do Math offers comfort and connection, while embracing a personal way to experience and endure the grieving process on one’s own terms. Grief Doesn’t Do Math envisions a wider lens for grievers beyond the renowned five stages. This book includes journal entries, poems, and reflections written over the course of seven years by author Heather H. Burwell as she experienced her own journey of grief. Grief is a nonlinear process and something we all encounter in our lives, a burden that can be eased through sharing. As noted in the epilogue, “This is my grief virgin voyage, and I share with you for a sole reason: to help other people sitting in their dinghies in torrential rainstorms, tossed upon similar waves.”

Heather H. Burwell, M.Div., is a graduate of Vanderbilt Divinity School. This is her second book which is an expansion of her master’s thesis. Her ﬁrst book is “Undeniable Presence: I Don’t Know Where God is Not,” which is based on her chaplaincy experiences. She makes her home outside Nashville in Hendersonville, Tennessee, with her husband Lewis and son Jude, Rosie the basset hound, Leia the boxer, and Charger and Zebe the kitty cats.