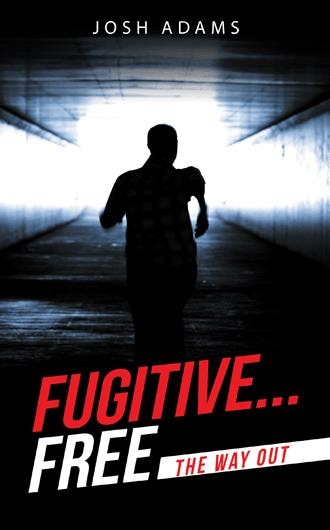 This is my story—my experiences and confession to you—as a man who wanted to do it right, but ended up in the gutter anyway. I write this little and simple book to help others in my situation, just as it was passed on to me. It doesn’t matter if you’re in prison or a freeman, a sinner or a saint. This is about the heart—something we all have and are experts in.

On the outside I tried to seem alright, to fit in, to be respected as a man…and even feared a little. On the inside, however, I always felt less-than, a loser, a fake. Like Dr. Jekyll and Mr. Hyde, I was living a double life. So I tried even harder to play the role of how I wanted to “be” and feel, of how I wanted others to see me. As a young man I got big and strong, got an education, I studied my religion, I served my country, I got married and had a family. I was checking off all the right boxes. …And then I crashed.

I suddenly found myself doing things I never believed I would do. And really liking them. I felt I was finally a success. High on the buzz that my new-found life gave me, I eagerly pursued it and its “fixes” all the more. I felt alive and passionate like never before. I felt stronger and in control like never before. I was a real big shot, my own way. I was the envy of the other men. I was finally on top!

Meanwhile, I still tried to keep things together on the outside: with my family, friends, work, and community. But it seemed that no one really understood—or appreciated—the man I had finally become. And I told myself that it was their fault. I said it was they who drove me to do this: to look for something that I needed but that they (my family and friends) were not giving me. I had to be the real man that I felt I finally was. I had a right to this, and I was not about to let anyone take it from me. I felt I was finally breaking free. …And it almost killed me and those closest to me. I couldn’t understand it. What the…?!

Nowhere to run, no way to climb out of this pit. Just when I felt I was at the top of my game on the inside, I realized it was also destroying me and my relationships. Why wasn’t my life working? Why couldn’t I have both this newfound “freedom” and the rest of what mattered in my life? I couldn’t figure it out. But I also knew I could get out of this. I couldn’t—and really didn’t want to—give it up. I just wanted everything else to be alright. But I couldn’t go back: I was changed for good. There was no way to get my arms around it and put that genie back in the bottle.

It was just like an addiction, quicksand that I could not get out of. No matter what I tried, nothing worked or made sense of my predicament. I became desperate. I sought to move far away. I saw doctors, took meds, joined groups, and prayed. I learned some things, and some of it seemed to work…for a while. But nothing fixed my situation, and I was actually becoming more confused. The further I went along, the more people seemed different, like strangers to me. Why couldn’t I just be me…and why couldn’t people accept me for what I was? The frustration drove me even harder to get my fixes. But this just exacerbated my depressions, highs, anxiety, and desperation. I was on a wild rollercoaster ride with no end in sight. Why was I losing everything on the outside, when I felt like superman on the inside? Why was my inner soul dying? Why couldn’t I get balance? Why couldn’t I get it to work? Why was I losing everyone and everything I had loved? Was I dying? Was I going insane?

After struggling for a long time like a thrashing gladiator, I finally became exhausted and admitted that I was defeated. I couldn’t see how or why I was still alive. I had no more energy or will to keep fighting. I was through. I stopped looking for any more solutions. I would just play out my losing cards till the bitter end. Just a lost soul, drifting. Where were the promises? Where was the success? Where was God? And where does a man go from here? The emptiness was unbearable...on all levels.

One man’s true story of how he clenched success and got all he wanted...until it almost killed him. He was trapped. Running like a fugitive but unable to break free. How could this happen? What was he missing? Nowhere else to run, he found the answer: It was an inside job, and the way out was the way in. ...And it saved his life.