A Chronological Summary of the Old and New Testaments 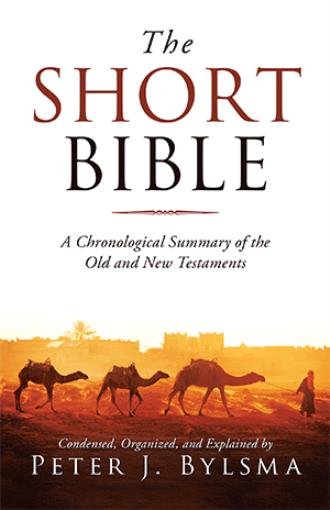 In this brief satirical sketch, the prophet Jonah is called by God to speak truth and judgment to the people of Nineveh, the capital of the Assyrian empire in Mesopotamia (near present-day Mosul in Iraq). The story has few details, and its two pages can be read very quickly, yet it has many universal lessons. The story relates to human disobedience, the consequences of not following God’s call, the use of nature’s elements to bring people an understanding of the divine, God’s grace and forgiveness that extends to outsiders, bigotry toward foreigners, and people’s disappointment when God shows compassion to those who appear undeserving.

In the first few lines of the story, we find that Jonah was afraid to go preach judgment to Nineveh. Instead of taking the long trip to the east and risking death at the hands of Israel’s enemy, he goes in the opposite direction. He pays to take a boat trip to Tarshish, a city 2,000 miles to the west in southern Spain.

During the trip, a strong storm threatens to sink the ship. While the crew throws the cargo overboard to lighten the load, Jonah sleeps contentedly below the deck. But the storm continues, and the crew cry out to their gods to save the ship. The captain wakes up Jonah and tells him to pray to his god too. The storm is so unusual that the crew knows somebody on the ship is cursed. They draw lots to figure out who is at fault, and Jonah is discovered to be the man. He explains that he is an Israelite but is disobeying God. He says that if they throw him overboard, the storm will stop. The crew doesn’t want to do this, so they row hard toward land. But they can’t make any progress and the storm gets worse, so they throw Jonah overboard. The storm immediately stops, prompting everybody on the ship to worship the Israelite God, the one who made and controls the seas.

Jonah gets tangled up in seaweed and is swallowed by a large whale feeding in the area. Jonah spends three days in the whale’s stomach and nearly dies from the seawater and seaweed that traps him inside the whale. Jonah prays to God and promises to go to Nineveh if he gets out. The whale gets sick from Jonah moving around in its stomach—it beaches itself and vomits Jonah onto land.

Eventually Jonah makes his way to Nineveh, a huge city with tens of thousands of people spread out along the Tigris River. He preaches its imminent destruction because of their evil ways and violence. The people surprise Jonah and believe his message and change their ways. The king hears Jonah’s message and decrees that all the people in the city should fast, put on sackcloth, and stop their wickedness and violence. They want to turn God’s anger into compassion.

When seeing how the people of Nineveh respond, God shows compassion and does not destroy the city. This makes Jonah very angry—he wants the enemy to suffer, not be saved from destruction. He tells God, “I know You are gracious and compassionate, slow to anger and generous in Your love, a God who relents from sending calamity. Lord, take away my life, for I’d rather die than live.”

Jonah goes outside the city to a hill where he can watch what will happen. He builds a shelter and sits in the shade of a leafy plant. He is happy for the shade in that very hot area, but the next day, a worm eats the plant so the shade disappears. Jonah’s head gets very sunburned, making him feel faint. He feels sorry for himself and says, “I’m so angry I’d rather be dead than alive.”

The story ends abruptly when God tells Jonah, “You are so concerned about not having shade? Shouldn’t I be concerned about a city with more than 120,000 children who are innocent and ignorant?” Ironically, Jonah lacks compassion and forgiveness, even though the God he follows is compassionate and forgiving.

The Bible is widely considered to be the most profound collection of books in all of history, and it includes messages and stories that are still referenced today in the secular world. But it’s long, complicated, hard to read, and not organized in chronological order.

In The Short Bible, author Dr. Peter Bylsma offers basic facts about the Bible, discusses the development of the modern Bible, and reviews its themes. He summarizes all the books of the Old and New Testaments in 25 short, easy-to-read chapters, capturing the epic stories, characters, and main ideas. Structured like a modern book, it also includes historical and geographical facts to help clarify the context of the events.

The Short Bible is appropriate for those who are already familiar with the Bible, those who want to better understand its overall themes, and those who simply want to know the fascinating stories and messages of the most read book of all time.

Peter J. Bylsma earned a bachelor’s degree from Wheaton College (IL) and a master’s in public administration and doctorate in education leadership and policy from the University of Washington (Seattle). Dr. Bylsma served 10 years in Christian agencies before working 30 years in government positions at international, federal, state, and local levels. He has researched many topics in an objective and nonpartisan manner and summarized the issues for busy leaders. He’s lived in seven states and four other countries. Bylsma now lives with his wife in the Puget Sound region of Washington state.