It’s Time to Usher in a New Generation of Christianity 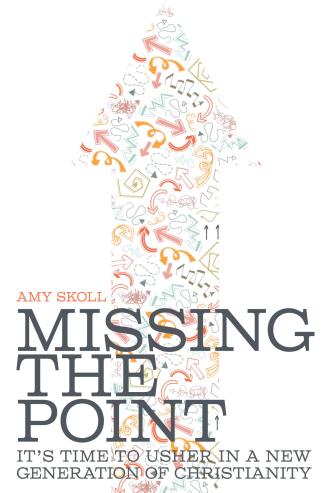 To the world I am many things: a PhD student, a wife, a new mom, a writer, a basic white girl, an extrovert, an Independent, an overachiever, a Californian, and a Millennial. And as much as I strongly identify with all of those things, the only thing that I should, and want to be known for is being a Christian. And yet, in today’s world, particularly in the United States over the past few decades, this is by far the most controversial, and least popular of all of my identities. Being a Christian is neither popular, nor politically correct. For many, being a Christian means being narrow-minded, judgmental, self-righteous, ignorant, racist, sexist, anti-gay, radical fundamentalists. Believe me, I will be the first to admit that unfortunately, there are Christians everywhere who are all of those things. In fact, this is not the first time that Christians have created a bad name for themselves (hello Crusades, indulgences, colonialism, slavery, etc.), and it will most certainly not be the last.

The real question becomes, what does it look like to be a Christian in a time where being a Christian is unpopular? I am in no way claiming that I am the voice of my generation, but what I can say is that as a Millennial, I am watching an entire generation walk away from the church, abandoning or watering down their faith, compromising on biblical truths, trying to overcompensate for the bad reputation Christian believers have gained. On the other extreme, I also see Christians becoming hardened, clinging on to their beliefs and shoving them down the throats of anyone who will listen. Instead of channeling wisdom and discernment, there are many Christians who do not know how to pick their battles, whereas others don’t know how to stand up for their beliefs at all. Afraid of coming across as judgmental, many Christians don’t take a stance on anything, and as a result, their faith wavers in the face of the smallest resistance to their beliefs. Others are desperate to demonstrate that they are a Christian, but don’t know how to communicate their beliefs effectively to others. And some are not afraid to communicate their beliefs, but are misguided on what the Bible actually teaches.

I am therefore writing this book because I fundamentally believe that it is not only possible, but our duty as believers, to be effective ambassadors for Christ in a world that does not understand our beliefs, customs, convictions, and experiences. However, I am not naive to the fact that this job, although more important than ever, has also become more difficult than ever. As ambassadors for Christ, we do not want to come across as insensitive to the culture and belief systems of those around us; but at the same time, it is our job to accurately represent the gospel without succumbing to a watered down, empty version of Christianity in the process. Our job rests on the tension between truth and love which is one of the most difficult balances to strike. In fact, this balance is impossible to find without the wisdom and discernment of the Holy Spirit.

As the next generation of leaders, we have the opportunity to change the reputation of Christianity in the United States and in the world. As much as we can learn from the generations above us, they are limited by their own experiences and the culture and environment that they grew up in. Research tells us that we have more access to education, are more tech-savvy, more connected, more global-minded, and more diverse than previous generations. And with these trends comes important questions about politics, gender, sexuality, race, poverty, morality, activism, and the role of the church. Given the rapidly changing political and social climate, it is no wonder that Christians are having a hard time reconciling the vast amounts of information that they are receiving on a daily basis, with what the Bible actually teaches. In a post-truth era, with a constant influx of news rapidly infiltrating our information sources, the need for clarity is ever more apparent. Ironically, despite the high levels of education we have received and our abundant access to information, very few young people actually know what the Word of God says and how to interpret it, especially in a different cultural context. Biblical illiteracy is rampant and as a result, the confusion surrounding what it means to be a Christian has become increasingly apparent.

In writing this book then, I hope to inspire a generation of Christians who are not only aware of the important issues of the day, but also know how to effectively talk about them without coming across as judgmental, insensitive or ignorant. At the same time, it is also my goal to remind and teach my fellow believers what the Word of God says and how to reconcile biblical truths with cultural and political trends. I whole-heartedly believe that it is possible to stick to our beliefs, not accepting a watered down version of Christianity, without coming across as a jerk. In fact, the Bible shows us a perfect example of how to do this through the life of Jesus Christ himself. Jesus was often controversial and unpopular, and went to the cross and died for His beliefs. However, Jesus was known for his compassion, grace, kindness, and love. Even those who killed him could find no fault with him. Like Jesus, as Christians we should strive to be blameless and unashamed in a world that wants to place blame and shame. We need to do better and be better, not because our salvation depends on it, but because we are doing a disservice to an entire generation who is lost and confused, desperately seeking truth, although not knowing what to look for or how to identify truth when they find it.

We live in an era in which being a Christian is neither popular nor politically correct. As a millennial, author Amy Skoll is watching an entire generation question their faith and walk away from the church as they struggle to reconcile biblical truth with political and cultural trends. But Skoll believes that it is possible to be effective ambassadors for Christ in a world that does not understand Christian beliefs, customs, convictions, and experiences—in spite of the difficulties inherent in that role.

Missing the Point, therefore, offers a fresh take from the perspective of a millennial on how to create an attitude shift among believers and to help them think about the areas of life in which they might be missing the point. As ambassadors for Christ, we do not want to come across as insensitive to the culture and belief systems of those around us. But at the same time, it is our job to accurately represent the gospel without succumbing to a watered-down, empty version of Christianity in the process.

With the guidance provided here, you can refresh your faith, amplify your love for God, restore your hope, and feel empowered to take on the mission of Christ in a world that is increasingly in opposition to Christianity and what it stands for.

Amy Skoll is a college professor in California with her PhD in Political Science with an emphasis in International Relations. She is married to her college sweetheart, Jonathan, and has two baby boys, Logan and Grayson. Amy has been a follower of Christ for more than twenty-five years and as a millennial, she is passionate about ministering to students and young adults in the world today.