The Graviton of God

The celestial wonders and statistical impossibilities of our universe, bodies, and existence. 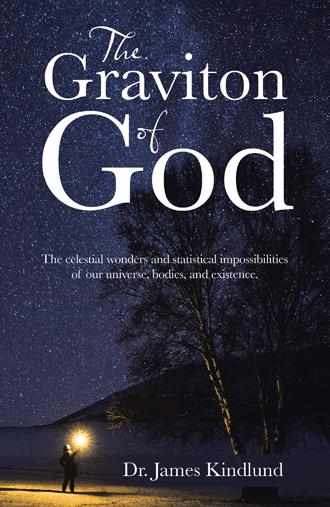 Before Life
According to current scientific dogma all we need is some amino acids, nucleic acids, water, and lightening and poof, you have life. This is like equating learning to count to three to learning quantum physics equations with imaginary numbers. Even a basic amino acid like glycine has two carbon atoms, two oxygen atoms, five hydrogen atoms, and one nitrogen atom, and all of that must come together perfectly in order to be functional. They also cannot just simply link together, they need messenger RNA, the protein ribosome, and transfer RNA. Oh, and you need the DNA that originally coded for all these proteins, including the ribosome (what came first, the DNA or the ribosome?) You also need a safe and constant environment for all of them to function in, like a cellular membrane and nucleus. The greatest statistical odd is then getting not only the amino acids all together but then fold the protein into the correct shape, and then it must be functional! The statistical odds of even a simple protein (low amino acid count) randomly going from its primary form (like a string of pearls) to its final form (globular structure like bubbles in a bubble bath) are one in 10125th or one with 125 zeros behind it! In the world of mathematics this is essentially a zero percent chance.
That astronomical figure is for a simple protein. There are approximately 30,000 proteins in the human body. One of the smallest known proteins is villin, which is thirty-five amino acids in size. The largest known human protein is titin which is 34,350 amino acids in size. There are twenty amino acids in total, including well known ones like alanine and tryptophan. And remember, even single celled organisms such as bacteria require roughly 265 – 350 different proteins to sustain life. As humans, as well as other complex animals, we not only have DNA to produce the proteins necessary for life and complex existence, but we also have cells that contain DNA that can learn new codes in order to make new protein. A great example of this is our immune system. Our immune system can learn about new invaders and produce a protein called an antibody that is specific to that unique invader and if the invader tries to get into our bodies again the immune system is able to dispose of it quickly.
Amino acids all have a couple things in common, they require nitrogen and carbon. Carbon is an incredible atom because it has the ability to bind with up to four other atoms. This makes it great for creating complex structures necessary for life. The Earth is thought to be 4.5 billion years old with life showing up a mere 500 million years later. The first life forms were single celled organisms, i.e. bacteria. Due to the fact that plants and proteins require nitrogen you would expect the Earth’s crust strata (layers) of that time period to contain extensive amounts of nitrogen, correct? Nope, strata from that era was found to only have 0.15 percent nitrogen, and even though Earth formed 4.5 billion years ago, the climate was far too harsh for life, so life had to wait for the cool down period, as well as the right atmospheric conditions. The latter dependent on the former. This then narrowed the time frame life had to emerge to 100 million years. Keep this number in mind when we discuss the statistical odds of even just proteins and other life compounds forming.
Once we had single celled organisms a couple other very basic organisms sprout up and nothing changes for almost 3.5 billion years, then, all of a sudden, oxygen levels sky rocket, and the fossils found in the strata of the Earth revealed twenty to thirty-five different body types, with no predecessors! There are currently forty. We went from no limb to limbs, no intestinal tract to complex ones; no vertebrae (spinal cord) to vertebrae. If life was supposed to evolve in a systematic sequence from single cell, to let’s say a worm like creature, to perhaps a fish, to then a two legged animal, to a four legged animal there should be clear evidence of this transition in the fossil record, but it does not exist. This momentous event occurred roughly 541 million years ago and is known as the Cambrian explosion. Forget the ‘missing link’ we are missing all the links!

Take a journey of our amazing existence from the galactic requirements of life to the molecular complexities of our bodies. Written for the nonscientist adults and children alike. Dr. Kindlund skillfully and with a sense of humor ties the position in our galaxy, the Sun, the moon, and the Earth to our bodies and existence. Then the body is broken down to reveal its amazing intricacies and evolutionarily impossible existence. Our creation is compared to other species and it is revealed how special and unique we truly are.