Fulfilling Your Purpose in Christ 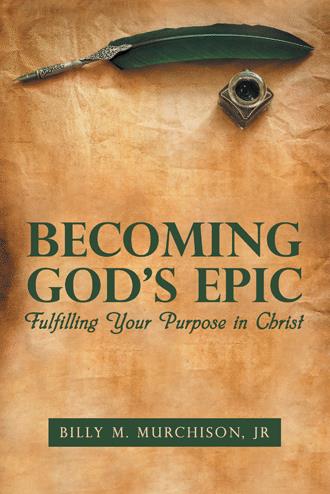 We come into this world as dreamers. This is clearly seen in the toddler playing with their toys. The toys become alive and both the child and the toy are in a different world or nation. It is the imagination! They spend countless hours there, having all sorts of fun and adventure. We want them to learn to dream big. Ask a group of 1st or 2nd grade children what they would like to be right now and you would get a lot of “fantasy” answers. Some of the girls might want to be their favorite Disney princess; while some of the boys might want to be their favorite superhero. Their imagination is in “high gear”, as they are living in the moment and enjoying being children.

However, ask that same group, what they want to be when they grow up and you will get a completely different set of answers. You will most likely hear answers in one of three groups. The first is the “grand group”. These children envision themselves doing or being something grand. Things such as being an astronaut or being the President of the United States. The second group is the “help group”. These children see themselves as doing things to help people, such as being a policeman, fireman, doctor, nurse, or teacher. The third group is the “famous group”. These children want to be a famous entertainer, singer, or sports star.

It has been said that a child’ work is play and through it they learn and practice the things they will do as adults. It is interesting to note that in the above example, the children were able differentiate fantasy from reality based on the question. As they move from childhood to adolescence, we seek to add more reality to the imagination. We want them to know that dreams do not come from some fairy godmother or from wishes. It come from hard work, determination, and effort. As they mature and learn their own gifts, abilities, and limitations, then dreams are born from the womb of imagination. Often these dreams are the same as when they were little, especially if they were in the “help” or “grand” category.

Now whether or not these dreams survive beyond the teenage years depend upon a variety of factors. One major factor is encouragement from the parents and/or significant adults. Countless dreams have been abandoned because of lack of encouragement. Another major factor is guidance by the parents and/or other significant adults because dreams just do not happen. Other factors include time, education, and resources, especially financial. Most do not survive intact, as they are either abandoned altogether or changed in to a more “realistic” goal.

Dreams are like seeds because certain conditions are required for them to grow.

Many have not abandoned dreaming, but have moved it to a different part of their lives. It is in the imagination subsection of the entertainment section of their life. This is why adult men and women dress up as all sort of characters from books, TV shows or movies. This is why fantasy, action, or science fiction movies are almost always the most popular and make the most money at the box office. Now some may call this a manifestation of “Peter Pan Syndrome” or the refusal to grow up, but this is mostly inaccurate, because the vast majority of these people are “normal”, fully-functional adults. The capacity for dreams and visions is not lost, but there in seed form. Unfortunately, few will ever be planted at this stage of a person’s life.

In light of the coronavirus pandemic, many states and municpalities have deemed the church unnecessary. How did this happen? Why did this happen? The answer is simple and twofold. We have lost our vision and are not being “salt and light” to a hurting and dying world. Therefore, the church has not been doing the good works we were called to in our salvation. This book is a challenge to the church of God to dare to have dreams and visions so we can be the “salt and light” needed in the world today.

Billy Murchison is not your average author, as he is not a pastor, teacher, or theologian. He is just an average Christian who has spent most of his adult life studying and seeking to apply the Holy Scriptures to his life. Mr Murchison has a BS degree from Rhodes College in Memphis, TN, where he, his wife, and adult children reside. He has spent over 25 years working as an analytical chemist. This book is an outgrowth of a men’s Bible study that he taught at his church on “Dreams and Visions”. Mr Murchison takes a unique and challenging subject and breaks it down into a form that is easy to understand. It is written with a unique fire and passion for Christ from a man who has walked the hills and valleys of the Christian life for over 35 years.