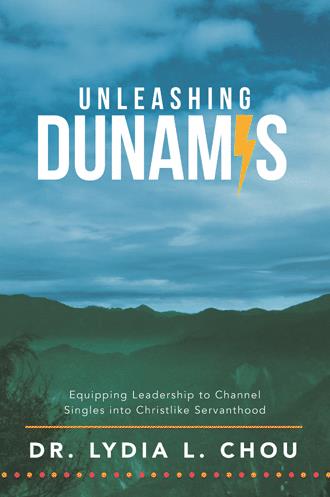 [The early church] single adult Christians were bearing testimony that God, not family, was their hope. God would guarantee their future, first by giving them their truest family—the church— so they never lacked for brothers and sisters, fathers and mothers, in Christ.
—Timothy Keller

“Tears welled up in her eyes right after I showed my concerns about her singleness,” I said. And I discovered how necessary it is to minister to Christian singles.

In April 2019, the need to care for singles was the topic of discussion I had with several seminary professors. The conversation encompassed the necessity for Christian education to address the needs of single adults whose pressing concerns are not being met in evangelical churches today across the United States. As a result, many singles who feel discouraged have stopped attending church services. Examples of such are ubiquitous. The single I mentioned was in her 40s; she felt so much hurt, so quickly, when I asked her experience as a Christian single. The wound had been festering in her life as her pastors and leaders of the church were unconcerned about her needs as a single. On that day outside of the church, she said, “Just once a pastor prayed for me and with me.” She had attended four or more churches throughout twenty some years as a Christian single, and only one pastor had shown concern and had prayed with her on only one occasion.

Recently I read about another Christian single’s experience. She writes, “It’s not the singleness that’s hard as a woman in my 30s in the church…The hard part is the cultural shame of singleness; being seemingly unwanted and undesired is painful. The shame in the church as being abnormal or feeling as if I’m perceived as a pariah presses in.” Again, another Christian single I heard of recently left her church with a sense of bitterness. The cause was also a lack of support from leaders after her long period of waiting and praying for a husband and having remained single. Both she and her church kept silence on singleness; her needs went unnoticed; and eventually, she stopped attending church services.

Wise singles will shine and lead many to righteousness like the stars forever and ever (Daniel 12:3). God loves each single adult, seeing them as precious, worthy, and complete in Christ. He always has their best interests in mind and holds their earthly and heavenly security within his hands. All single adults, including those never married, divorced, and widowed, will reap satisfaction in life when they unleash their dunamis as God intends, such as when they trust in God, the Lord becomes their everlasting strength (Isaiah 26:4). The blessed assurance of eternally good life is theirs to embrace.

God is faithful and true (Revelation 19:11). Nowhere in life is there anything that reaches higher and achieves more than the love and wisdom of Christ. As church leaders reach their potential for God, they can transfer their knowledge and experience to singles so that they can attain the life they were made to live. It will be a privilege and an honor to provide what singles need for unleashing their dunamis. May God bless the church and all wise singles.

Dr. Lydia L. Chou is a competent Bible teacher, an evangelist, and a curriculum-design-and-delivery specialist in California. She is passionate about administering biblical truth to her community and serves as a Christian educator in a public school and in churches, teaching in a Good News Club and adult Sunday School and speaking to audiences about the gospel of Jesus Christ in English, Mandarin, and Taiwanese. Lydia has an MDiv in biblical studies, an MA in Curriculum and Instruction, and graduated from The Southern Baptist Theological Seminary with her Doctor of Educational Ministry.

Connect with Lydia online, where she shares her thoughts on singles unleashing dunamis in Christ, marriage and singleness, spiritual and relational freedom, community building, restorative peace, boundary setting, curriculum design and delivery, and other areas of life and ministry.
On Twitter: twitter.com/lydia139537