I Wonder Why I have Autism

by Jacob Tanner With Cindy Tanner 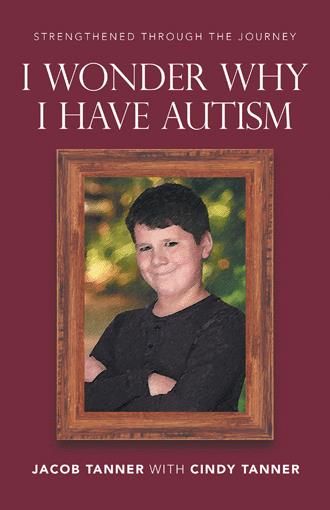 I will never forget what happened with Jacob at his first preschool. It was not a big building and more overstimulating than we first realized for a child with autism. One day we were lined up in our car to pick him up. We had about ten cars in front of us. Suddenly, we saw the principal coming to our car, carrying our son in his arms. Our son was laughing and pulling the principal’s glasses off his face. When he got to the car, he put Jacob in the back seat and told us that he was in line with the kids and out of control. He said Jacob was hitting the teachers and pulling stuff off the walls. My wife and I knew then that we had a challenge on our hands and could not worry about what others would think about our son. We knew he was a good kid, but some other parents might not see it this way because they would not know he had autism.

I Wonder Why I Have Autism was six years in the making. Started by a particularly difficult time in Jacob’s life.

When he was younger, fourteen-year-old Jacob Tanner knew he was different than other children his age; everything was hard for him to learn. He couldn’t play in physical education or cut with scissors like others nor ride a bike. He didn’t know how to talk to other kids, but he worked hard every day because he wanted to be like everyone else.

In I Wonder Why I Have Autism, Tanner shares his story of what living with high-functioning autism is like. Written from his perspective, he talks about school, learning, teachers, friends, pets, and his challenges and his wins. In addition, he offers insights from his friends and his parents.

I Wonder Why I Have Autism is a tool to be used by God to give hope to kids who have struggles like Jacob’s and to the parents of those children who need guidance to help them.

Jacob Tanner is now 15 years old. He currently lives in Auburn Ks. and attends Manhattan Virtual School. He is passionate about animals. He is involved in clubs at Tanganyika Wildlife Park in Goddard Ks., as well as the Topeka Zoo in Topeka Ks. He was president of his middle school eco club at the Topeka Zoo.

Jacob also works at Hidden Hill Farms. He enjoys attending youth group at his church, learning to play percussion instruments, and doing CrossFit. Jacob really enjoys hanging out with some of the friends mentioned in the book, building Lego, and writing scripts for YouTube videos.