Guiding Young Women through the Game of Love 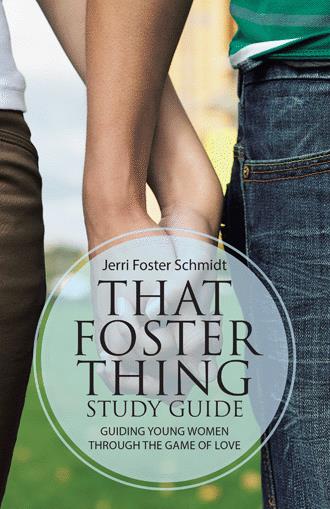 On page 45 of That Foster Thing in the first paragraph we read, “…… we see ourselves in other girls. Sometimes, we see our worst self. In other words, we know we have the potential to act the same way.” In this particular case we’re referring to our make-believe situation with Demurely knowing exactly what Smoky is up to when she flirts with Dreamy. Can we just state the obvious here? Girls can be jealous, conniving, manipulative (of both guys and other girls), ruthless (showing no compassion), deceitful, and just plain ole mean. This list could actually be a lot longer. There’s practically no limit to how low girls can go in their behavior. I say girls because I’ve seen all of this and more in girls, but not near as much pettiness in guys. Throw a dating relationship in the mix, and you’ll see the fangs come out in some females. This is not just some girlish disagreement, this is about my boyfriend. Put another way, it’s war.

Girls learn about boys when they’re pretty young. Boys are still playing with planes and trains when girls are cluing in on how this whole thing works. Hence, they get possessive of boys sooner than boys do of girls. Their favorite childhood stories often include a Prince Charming. And this prince is usually seen rescuing a damsel in distress. Little girls watch this and think,

“I want a prince too!” Boys see this same story and think,

“I want a white horse.” Isn’t that funny? Insert laughter here. As you might expect, girls decide early what they want, and boys do too. Only thing is, they’re really not on the same page for a number of years.

When guys and girls get old enough to date, sometimes the girl has been dreaming of this for a long time. She wants to be the special one who gets rescued by the cute guy. Okay, okay maybe she has a little bit of a fairy tale thing going on here. Nevertheless, having a boy pursue you is flattering for a girl. And once she’s experienced this, she’s probably going to encourage it, and fight off the girl trolls who try to get his attention away from her. Notice the scary claws on this cute little kitten? Don’t let her fool you. She knows what she wants, and she’s not about to let it get away from her.

That Foster Thing Study Guide is the companion to That Foster Thing published in 2015. Study groups will be challenged to reflect on the questions and scripture references. We’ll explore topics in dating like how to be wise, the dangers of lying, seeing the bigger picture and the X Factor. The reader will be informed and encouraged to handle the negatives and act on the red flags. This book offers girls and women a treasure chest of tools to help them learn to listen to God and follow His lead. Tired of one ex-boyfriend after the other? Want a different experience than crushing disappointment after such a thrilling beginning? I know you do. Look inside to see what God may have in store for you. It could make all the difference between finding your soulmate and soothing your heartache. There is help here.

Jerri Foster Schmidt is the author of That Foster Thing Study Guide. It is her second book in this series. The first one is a how-to on preserving self-esteem, avoiding the wrong guys for you, and the neediness no-no. All of this as pertains to dating. Now in her Study Guide of the same name she expands on the concepts and helps the reader dive deeper into where or to whom God may be leading her.

Jerri has observed a lot of dating drama and roller coaster relationships. She felt inspired by God to try and help her growing granddaughters avoid both. Her work started out as a teenage toolbox for them. It grew into a crash course in dating discernment.

Jerri has four married children and thirteen grandchildren. She lives with her husband Tracy in Katy, Texas.