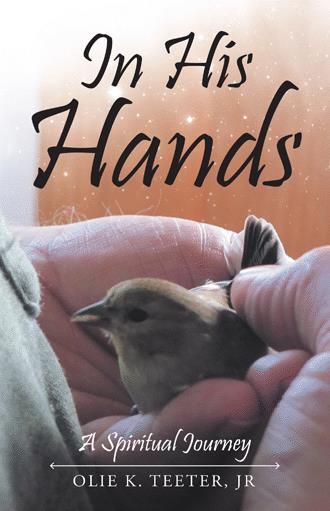 Throughout my Christian walk numbers have been a part of my life. Just like a set of directions we have to follow the numbers,”one, two, . .” and proceed to the next until we complete the task at hand.

Like the time I saw the tag number on the vehicle and I was directed to fast. See, it’s not just the number, it’s the witness of the Holy Spirit connected with the number. But that wasn’t the beginning! Somewhere along the way, I realized there was a pattern forming, within the course of events I had to admit it was beyond mere happenstance for it was repeatable and one number was repeating itself.

When I worked at Bendix the last three digits of my clock number was “111”, when we moved to Point Lookout the last three number of our phone number was “111”. After I finished law enforcement training at the State Police Academy and I was issued my new badge and yes my badge number was, “111”! This number became a guidepost for many things that would happen in our lives.

While building our home we needed to get a loan to do the work. We never borrowed that much money before. We never had a credit card, so it was a big deal to borrow money. On our way to Baltimore to sign the paper for the loan, we were still a little unsettled on borrowing money.

Bonnie was driving and I was looking out the window, when I saw a license plate leaning up against a post along the road. The only part I could see above the grass was the number “888”. At that moment I knew the last three digits on the odometer was “777”, I asked Bonnie what the numbers were and she said, “777”, now you take “777” from “888” and you have “111”! I knew this was confirmation to go ahead with the loan. It was okay.

Now you can say what you want and I know there will be those who will say, are you kidding me, a tag sticking out of the grass! Think about it. How could it be that a license plate along Interstate 70 would be at the exact point that our odometer would read “777” and how did I know at that moment the last three digits were 777? You figure it out!

As long as Satin can perpetuate his lying charade within the church, the church will never fulfill its full potential until the body of Christ can come together in Unity, grow in the gifts of the Spirit and the operation of the Holy Spirit. But God has a plan and will have the victory in spite of us.

As I see it now, the church as a whole has sat in its cushy pews satisfied to let a few do all the work, never finding their place. But through adversity comes cleansing and through the fire comes purification. If I remember correctly John the Baptist said, Jesus would baptize us with the Holy Spirit and with Fire.

Look at our country during the days after 9/11. There wasn’t any bickering in Washington, people were flocking to the churches in record numbers and there was a unity within our Nation.

Now another connection to the number 111, which I have no idea how it fits into God’s plan or how it will end. Some years ago, while in the Florida Keys, it was brought to my attention the things happening in Yellowstone National Park . It seems the ground was rising in different areas, fissures were opening up in areas where they hadn’t before and there was a great concern as to what was going on. It is well known that Yellowstone is the site of a super volcano which last erupted some 260,000 years ago according to the scientist.

Like most people, we are intrigued by Old Faithful, the beauty of the colors surrounding the hot springs and the bubbling mud pools, not fully realizing what you are standing on. Until this time I did not know the magnitude of what was happening or the potential of what could happen. To think of a crater some 30 by 50 miles in size is almost impossible to comprehend, but the recent activity brought this closer to reality. Some scientists were saying if it blew it would be a thousand times bigger then Mount St. Helen’s.

I was soon researching the park on the internet, reading various writer’s warnings and the possibility that the USGS (United States Geological Survey) was covering up the seriousness of such an event which has the potential of destroying a third of the United States.

To make a warning of such a massive eruption would cause mass hysteria, national unrest, and rioting. I downloaded several maps, reports, and charts to study and later printed out for future references.

The next morning I was sitting in our motor home enjoying my morning cup of coffee, reading some of the things I had printed out. I was looking over a map of Yellowstone when a Latitude lines caught my eye. It couldn’t be! The line which runs down the most western boundary of Yellowstone was; Yes! “111 degrees”. I will have to say this was a little disturbing. What does it mean? The answer is yet to be known, I will store this in my memory of prophetic words yet to be revealed but yet knowing it lies there in my future somehow?

See I don’t have to figure it out, God has it totally in control. My input would only get in the way and hopefully, I have learned my lesson in that respect, probably not!, but I like to think so.

What happens when God interrupts your life. Sends messengers to give you directions?

What happens when the Holy Spirit can operate in you and the Church?

Where are our True Apostles and Prophets of today, when so much is written about False Prophets and Teachers in the Last Days?

As a child he had dreams that would revisit him years later, then in 1978 God spoke to him changing his life forever. After much searching he had an explosive encounter with the Holy Spirit. Then God sends an unknown lady to confirm he was to go on a mission trip to South America. Only to find, Why! After he was there.

Then after a near fatal airplane crash he had an encounter with Jesus.

After God spoke to him the Spiritual was opened up to him in dreams / visions, the Holy Spirit and encounters with people God sent his way. He has for the past 50 years focused on church leadership and the ways of the Holy Spirit.