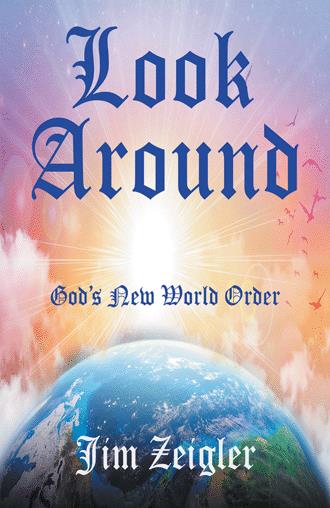 Eternal New Jerusalem:
This city is the Eternal City that houses the Eternal Temple, where Jesus applied His sinless blood of atonement on the altar.
"But Christ being come an high priest of good things to come, by a greater and more perfect tabernacle, not made with hands, that is to say, not of this building; Neither by the blood of goats and calves, but by his own blood he entered in once into the holy place, having obtained eternal redemption for us." Hebrews 9:11-12.
The Eternal Temple will be the ultimate resting place of God's Shekinah Glory. It abode with man in the tabernacle until Israel sought after other gods. The glory returned to dwell in the temple built by Solomon. But later, Ezekiel records Shekinah Glory leaving the temple and the city of Jerusalem to return to Heaven.
"Behold, your house is left unto you desolate. For I say unto you, Ye shall not see me henceforth, till ye shall say, Blessed, is he that cometh in the name of the Lord." Matthew 23:38-39.
The glorified Jesus, at the End of His ministry, brought the glory back to the Temple in His day, but he was rejected and therefore left the Temple of God empty.
The wall of eternal Jerusalem is said to be great and high, emphasizing its protection. The wall will have twelve gates, three on each side, each under the authority of an angel, and named for the twelve tribes of Israel. John refers to the foundations of the wall. The city appears to be shaped like a cube, with the four sides and the height all being equal measurements of 12,000 furlongs (approximately 1,500 miles). If you were to place the city's size in the United States, the footprint would cover the entire eastern half of the country. The whole city is constructed of transparent gold. The height of the city could accommodate buildings having 792,000 floors. The wall surrounding the city will measure 216 feet high.
The foundations of the wall Around the Eternal Jerusalem is composed of different precious stones. The Bible indicates the following dominant colors of each stone.
1–Jasper---green
2–Sapphire---blue
3–Chalcedony---greenish
4–Emerald--- green
5–Sardonyx --- red and white
6 – Sardius--- fiery red
7—Chrysolite--- golden yellow
8–Beryl --- aqua green
9–Topaz --- greenish-yellow
10–Cheysoprase --- golden green
11–Jacinth --- Violet
12–Amethyst --- purple
According to Ezekiel 28:13, the first Earth before Satan's fall had ten precious gemstones.
"-- the sardius, topaz, and the diamond, the beryl, the onyx, and the jasper, the sapphire, the emerald, and the carbuncle, and gold--" Ezekiel 28:13.
The new Earth will enjoy all the perfections of the first Earth, along with the addition of two additional stones.
Each gate is made of a single colossal pearl, and the streets themselves are composed of transparent gold.
"And I saw no temple therein: for the Lord God Almighty, and the Lamb are the temple of it. And the city had no need of the sun, neither of the moon, to shine in it: for the glory of God did lighten it, and the Lamb is the light thereof. And the nations of them which are saved shall walk in the light of it: and the kings of the Earth do bring their glory and honour into it." Revelation 21:22-24.
"And the gates of it shall not be shut at all by day: for there shall be no night there. And they shall bring the glory and honour of the nations into it. And there shall in no wise enter into it anything that defileth, neither whatsoever worketh abomination, or maketh a lie: but they which are written in the Lamb's book of life." Revelation 21:25-27.
Twelve angels maintain the twelve pearly gates surrounding the city, and they are never closed. All those whose names are written in the Lamb's book of life will have free access into the city, and nothing unrighteous will ever be allowed to enter the eternal city. All the unrighteousness will be confined to the lake of fire.
"The Tree of life that existed in the Garden of Eden (Gen.2:9,3:22,24) will now return. The trunk of the Tree will extend to both sides of the eternal river of life and will be characterized by its productivity, bearing fresh fruit each month of the year. It should be noted that the word month is used, so some kind of dating system will be present in the eternal Order. Since there will be no sun, moon, or night, it will be a radically different dating system than the one in which we presently live. But there will be a dating system of some kind. The leaves of the Tree of life are for the healing of the nations. The Greek word translated healing is the source of the modern English word," therapeutic." The leaves' purpose is not to heal the existing sickness, for they will not exist to the eternal Order; rather, they will be a health-giving to the nations. There will be no sickness in the Eternal Order because of the leaves of the Tree of life. The Greek word for nations is a term used that means Gentiles. This again shows that the Jewish-Gentile distinction continues through, there is, therefore, no functional difference." Arnold Fruchtenbaum.
Occupants of the eternal Order are free from the curse in Genesis chapter three. The residents will include the Lamb and all the redeemed of all ages. The presence of the Shekinah Glory fills the Eternal Order. God himself will provide all necessary illumination forever.

This third book in the “A Look at the Future” series, titled “Look Around: God’s New World Order” is about life in the Millennium, the one-thousand-year reign of Christ on Earth, and also our eternal home in Heaven.

Now, as we close this period of human history, we need to know what God has planned for the near and distant future. If you believe that Jesus died for your sins and reconciled you with Jehovah God, then you should look for the Rapture of the Church and Jesus’ glorious return to take us to be with Him.

“Let not your heart be troubled: ye believe in God, believe also in me. In my Father’s house are many mansions: if it were not so, I would have told you. I go to prepare a place for you. And if I go and prepare a place for you, I will come again, and receive you unto myself; that where I am, there ye may be also.” John 14:1-3.

If you don’t believe this, then it’s time to prepare for the terrible time ahead for those who dwell on the Earth. The seven years of God’s judgment is about to fall. So now you need to either ‘Look Up’ for Jesus’ return or ‘Look Out’ for Satan’s rule.

Believer, ‘Look Around’ at God’s future home for us on Earth and in the Eternal Heaven.

After graduating from Cedarville University with a Bachelor of Science degree in Accounting and minors in Economics and Bible, Jim had a successful career in Manufacturing finance, achieving the position of Director of Accounting for a national company before retiring.

Jim has been a Bible teacher since graduating from College in 1966. He was called by the Lord to preach and to teach God’s Word and has taught in Sunday schools, Home Bible studies, and a Bible Institute for the last 50 years. He has taught courses on Genesis, New Testament, Old Testament, Daniel, and Revelation in the Bible Institute.

While working as a full-time cost accountant and Accounting Manager, Jim wrote several gospel tracts on biblical topics and preached in many churches in Virginia and New Jersey. This is Jim’s third book in “A Look at the Future” series and fifth book.