God’s Plan for Your Vision 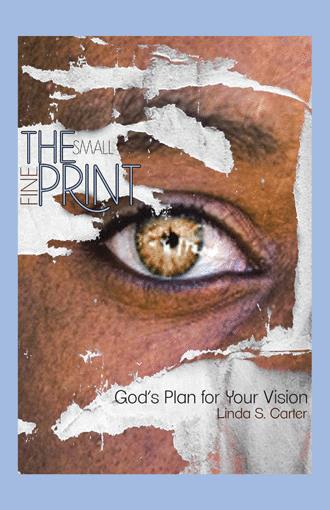 Did God Really Say That?

And the Lord God commanded the man, saying, “Of every tree of the garden you may freely eat; but of the tree of the knowledge of good and evil you shall not eat, for in the day that you eat of it you shall surely die” (Genesis 2:16-17).

Throughout my life and especially in my twenties, I was always trying to make sense of the something told me or a strange feeling that I had about situations I was facing. These two responses were usually in regard to some circumstance or a reaction to a decision I needed to make in the immediate future. What is evident now is that I lacked the insight to realize that this was God. In today’s context, if someone says to me anything that sounds remotely similar to these two statements, I will respond by naming that something told me or a strange feeling as God’s voice and the Holy Spirit’s nudging. In my everyday encounters and conversations with family, friends and colleagues, I am often reminded that this way of reasoning has become a part of our norm. Are we perplexed and unsure about the presence of holiness? Could God actually be concerned enough about us to give both wisdom and warning? Well, before I answer with an affirmative yes, I would like us to consider Eve, who was the first woman, the first wife, and the first mother of all of humanity.

As the first woman, Eve was in a unique situation. She was not exposed to the influences of the world in the way we are as children. There were no human parents, grandparents, or siblings to convince her of or commit her to an ideology other than what God had purposed, planned, and envisioned for her life. Therefore, whenever Eve heard a voice, there was absolutely no question that it was God’s voice. God’s voice was familiar to her. It was neither something nor strange. The wisdom and warning given to her by God’s own voice was clear and concise. Eve and Adam were never to eat from the tree of the knowledge of good and evil. The plan for all human life was embodied in this one unique tree. This forbidden fruit was prohibited by God. However, Eve used the profound power of her choice to deliberately disobey God and His perfect plan for humanity. By doing so, she ignored the wisdom and warning given to her, and to Adam, and changed the course of human history from one of immortality to one of mortality. Even now, there are many biblical scholars who may argue that because Eve did not receive God’s instruction firsthand, she did not understand the magnitude of the consequences of her decision. I have often heard this argument in many church, ministry, and Christian circles. My position on this argument is: If God said it to Adam, who personified the entirety of humanity, then the wisdom and warning applied to all of humanity, including Eve. To emphasize my position, Jesus Christ did not endure the cross for some but for all.

There is no way to know what Eve was thinking when she exercised such great power and ate the forbidden fruit. There is no way to understand her motives or desires because they are not recorded in any account of scripture. Yet the question that remains for me is whose voice was Eve chasing? Before I attempt to give any reasoning to this question, let’s look at the dramatic manner in which she recalls God’s instruction:

Now the serpent was more cunning than any beast of the field which the Lord God had made. And he said to the woman, “Has God indeed said, ‘You shall not eat of every tree of the garden’?”  And the woman said to the serpent, “We may eat the fruit of the trees of the garden; “but of the fruit of the tree which is in the midst of the garden, God has said, ‘You shall not eat it, nor shall you touch it, lest you die.’” Then the serpent said to the woman, “You will not surely die. “For God knows that in the day you eat of it your eyes will be opened, and you will be like God, knowing good and evil.” (Genesis 3:1-5)

In the scripture quoted in the introduction of this chapter, there is no mention of touching the tree of the knowledge of good and evil. Nonetheless, Eve recalls this detail. There are several rhetorical questions I would like to present as a part of this discussion. Is it possible there had been some discussion between Eve and Adam about this specific tree? Is it possible Eve was tempted before the encounter with the serpent? Is it possible Eve was chasing God’s voice in her own intimate and divinely appointed moment? In other words, is it possible Eve wanted God to intervene and keep her from disobedience? Again, none of these questions can be answered unequivocally because there are no historical references given in Eve’s biblical account that would validate any of these scenarios. What we do know is that Eve’s decision in the Garden of Eden changed the course of human history, and heartache and hardship befell us. Eve’s willful disobedience moved all of humanity from spiritual clarity to spiritual obscurity, and we began to hear and attribute God’s voice to a strange feeling or that something that speaks from within us at the point of decision. However, what did not change was, is, and will forever be God who has forged a plan for each of us.

In this inaugural book, Carter reflects on the trauma of childhood loss as a transcendent moment that affirmed God as truth. Her story of recognizing the presence of God in divine moments was the catalyst to transforming her vision into God’s purpose plan.

For Carter, the key to unpacking God’s purposeful plan was to learn how to listen to God, so she would know what to expect, and what was expected in her pursuit of His plan for her vision. Her personal stories encourage and provide readers with a detailed account for creating a strategic vision map, as well as a step-by-step guide to help advance them from desired result to desired destination.

Linda S. Carter, is a native of East St. Louis, Illinois. Her charismatic approach to the Word of God has created connection with Christian audiences and seekers alike. She earned degrees from Southern Illinois University and Northern Baptist Theological Seminary.

As a career and endorsed Chaplain of the American Baptist Churches of the U.S.A., she retired from chaplaincy but continues to maintain an active ministry schedule. Carter currently resides in North Carolina with her husband Ron.