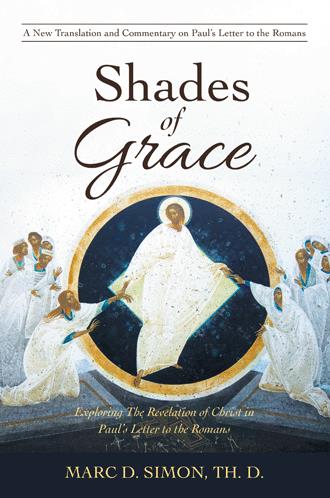 Did Paul transform Christianity? Yes, of course. Though not in the way his critics like to imagine. Like those called as apostles before him, Paul’s good news centered around Jesus the Messiah, who died and was now risen as Lord of creation. Though of human descent, Jesus was, for Paul, the one who uniquely shared in the divine-identity of God, and was both crucified and risen as the author of salvation! He is Yahweh, and at the same time “Israel.” God, and yet the mercy seat at which God looks in redemption. The lamb [of Yahweh], and yet the lion [of Judah]. The seed of woman (Gen. 3:15) and the son of man. The root of Jesse, and yet the adōn (Lord) of David!
Though this testimony was common among the first followers of Jesus, for Paul it was anchored in an actual revelation of the Messiah, which began–for Paul–on the road to Damascus (cf. Acts 9:1-19) and unfolded throughout the remainder of his life. A revelation that set the outer forms of Second Temple Judaism in juxtaposition to the inner-life-of-God, uniquely unveiled in the life, death, and resurrection of Jesus.
That the church would initially develop as a Jewish movement was evident from the first souls baptized and added to its number. When these first hearers in Acts 2 ask Peter and the other disciples on Pentecost, “what shall we do?” (Acts 2:37), we should remember that those asking this question are not Gentiles, but devout Jews and proselytes, in Jerusalem observing the Jewish feast of Shavuot (“Weeks”), cf. Acts 2:5–11. When Peter answers: “Repent and be baptized” (Acts 2:38), this answer is being given to those who are already observing the Torah. It is the same with the Hellenists and Hebrews in Acts 6. Despite their cultural differences, both of these groups are entirely Jewish as well.
It is not until Samaritans, Ethiopians and Italians accept Jesus as their Lord and receive the Spirit that the question of non-Jewish participation in the church arises (cf. Acts 8:17; 10:44–46). A question which proves divisive from the very beginning (cf. Acts 11:2–3) and to which different factions in the church offer different resolutions. Of note, of course, are the culturally conservative Jews––the Hebraious, who insist that Jewish conversion is the necessary starting point for non-Jews entering the church, cf. Acts 15:1.
Paul’s influence among the followers of Jesus dates to this early period when non-Jewish inclusion in the church was just beginning to be a question. It is in fact under the co-leadership of Paul and Barnabas that the diverse community of Jesus-followers in Antioch are first given the name “Christians” (Acts 11:25–27).
What Paul finds himself contending with almost from the start of his ministry are the ethnic, cultural, and religious issues already present in the church when he is baptized (presumably by Ananias) in Damascus (cf. Acts 9:17–19). These issues include [1] the extent to which Christians should uphold Jewish culture, [2] adhere to the various “traditions” or logia (“sayings”) of Jesus” being circulated among the early churches, [3] maintain Jewish standards of morality and custom, and [4] abstain from eating meat offered or sold in non-Jewish temples.
The more you read his letters the more you understand that what Paul is attempting to work out are the many socio-cultural issues which he inherited when he became an apostle. Paul himself was not the cause of the problems, as many argue, but the one called by God to prayerfully think through and answer them as they exist. These issues are present as early as the gospels, and definitely Acts 6, and exist during the early period when the church itself was still being formed at the intersection of Jewish and non-Jewish culture.
What Paul develops in Romans and elsewhere, is not an improvised system of theology or apologetics, but what he calls euangelion mou, which literally means “my gospel” (e.g., Rom. 2:16, 16:25). This oft-misunderstood phrase is Paul’s characteristic way of saying, “the gospel as I have received it and understood it” (cf. Rom. 2:16; 16:25). Part of Paul’s argument as an apostle (one sent out by Jesus) is that he had not received his understanding of the gospel from human teachers, or earlier apostles, but through a direct revelation from Jesus himself.
For I neither received it of man, neither was I taught it, but by the revelation of Jesus Christ (Gal. 1:12, KJV).
This is the real subject of Paul’s letter to Rome, i.e., the good news concerning Jesus, which Paul had received by revelation, and what this news now meant for [1] the world, [2] ethnic Israel, and [3] those for whom Israel had been sent as a light, i.e., the nations. 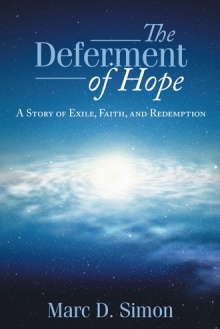 Romans is largely regarded as the theological standard among New Testament writings, as well as the clearest and most systematic presentation of Christian doctrine in all the Bible. Its influence on figures such as Augustine, Luther, and Calvin have been well documented, with Calvin referring to it as the singular key to understanding all of Scripture.

In Shades of Grace, the first in his New Kingdom series, pastor and author Marc Simon offers both an original translation of Paul’s letter to the Romans, as well as a fresh commentary on the letter itself. His spirited approach to the Pauline corpus conveys both the depth and simplicity of Paul’s writing, and combines the author’s careful scholarship and spiritual insight with lucid commentary, background information, and explanatory notes on key terms used by Paul in his letters.

The introduction to the commentary highlights the authorship, occasion, purpose, and contents of Romans, as well as Paul’s unique understanding of Israel’s God as the Father, Lord, and Spirit of creation. The author follows the introduction with a verse-by-verse exposition of the text, which is at once accessible to scholars, pastors, and students alike.

MARC D. SIMON (Th. D.) is the senior teaching pastor of Living Faith Church in Lancaster, CA, as well as a nationally certified counselor, husband, and father of two. Marc holds graduate degrees in Psychology and Organizational Leadership, as well as post-graduate de-grees in Divinity and Theology. In 2021 Marc launched Living Faith Online, an online community devoted to biblical teaching, personal development, and spiritual formation. Marc lives in California with his wife and son.

The author can be emailed at: marcsimon.ministries@gmail.com