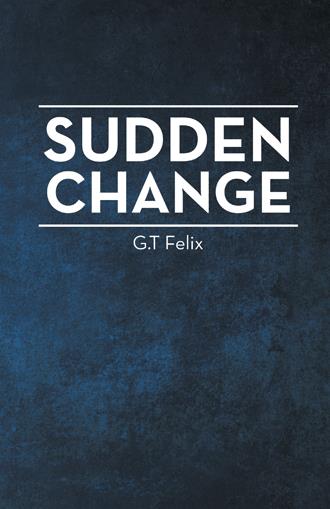 Pastor Parris however, did not witness the mysterious disappearance of Otis: It was the swaying car that had caught his attention for Otis’ car was swaying dangerously on the narrow road. Parris’ explanation for the swaying car was that Otis had gone out of his mind and decided to lie down on his seat to take a nap. In a tizzy he signaled to the chauffeur behind to stop. But there was no chauffeur in the huge truck. He, too, had vanished in a split second. The truck smashed into Parris’s car. Both vehicles ran off the road pelting toward a little valley where they overturned.
Gulston Parris never knew how he got out of his overturned car. But when he stood up, he saw man running toward him. Just at that moment a mighty explosion ripped through the air, and as if by magic, a flying object struck the man on his neck.
Instantly, he fell to the ground. His head rolled in another direction. Blood spouted in Parris’s face, blurring his vision. Immediately his hands flew to his face, clearing his bloody eyes. Horrified, he turned his head in the direction where he thought the explosion had occurred. He gasped in horror.
The nation’s oil plant, a short distance up the street, was on fire! Raging flames were leaping high into the air, it looks like hell on earth! Thought Parris. Explosions rock the surroundings like an earthquake. High-tension wires were caught afire, lamp poles toppled to the ground. As Pastor Parris stood there gazing at the burning oil plant, a blazing object zoomed past him. Stupefied with panic, he skated up the little hill in seconds. On reaching the street, he gazed at the scene. Every building his eyes beheld seemed to be going up in flames. The air was bombarded with frantic flying objects. Cylinders of all sizes shot up into the heavens with lightning speed like space – crafts being launched from Cape Carnival. Exploding into the air, they descended in pieces, leaving people with grievous wounds. Hot gasoline was spouting everywhere, intensifying the horrors. Horror-stricken people were in a frenzy trying to escape.
“Oh God! Please help me!” Parris gasped as he moved down the road with terrific speed, following a wild crowd. Thick black smoke polluted the air; terrified people labored for breathe. As they were hurrying through an area filled with tall, thick, dry grass, a huge, glaring-hot section of the plant, sailing through the air, landed in front of the awestricken crowd. Blistering heat greeted them. Soon, dry grass was ignited. In the wild rush to escape, Pastor Parris was thrown off his feet, a crowd of people landed atop him.

Everywhere, one can hear the heartrending call as millions disappear from the earth. Terror-stricken people are in a frenzy, running crazily, crying, screaming, and searching for their loved ones who vanished in a split second.

Pastor Gulston Parris and several of his congregation members find themselves in the midst of the chaos and panic. There is no doubt in their minds that Jesus Christ has come and taken these people away. What are they going to do? Will they be able to stand true to God during the tyrannical reign of the anti-Christ in the great tribulation?

As the final drama of prophetic events unfold, the dreadful day comes when the heartless world ruler proclaims himself god of the universe. The world is ordered to receive his mark on the right hand or on the foreheads. Those who refuse are arrested and tortured to death.

Pastor Parris and some of his members flee from their homes. However, Karel Jones and his wife, Reena, face real danger. Reena is pregnant, and they are at their wits’ end. As fear mounts, they run from their home only to face the most horrific period of their lives.

G.T. Felix is an author, playwright, and counselor, a woman of prayer and of tremendous abilities. She started her writing career at an early age and has been a prolific writer of plays and poetry for more than thirty years. This is her second book.