What You Can do to Make a Difference 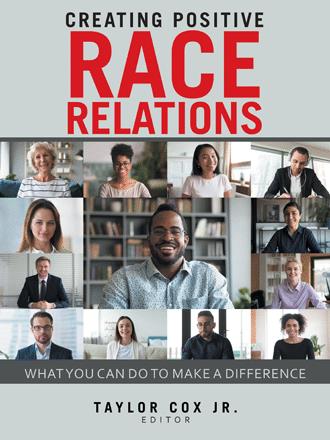 In 2018, a group of seven whites and five blacks came together based on a deep concern about often hostile divisiveness that is pervasive in the nation and the harm it is doing to our capacity for cooperative action. All were highly accomplished leaders in their respective fields of endeavor. The group included small business owners, presidents of non-profit organizations, and religious leaders. We focused on the problems related to black-white relations and specifically on police-community relations, racial inequality, injustice related to race, and the inter-personal and inter-group antagonism that often surfaces between people of different race groups. We were convinced that racial unrest, and disunity are majors factors preventing our businesses, educational institutions, government, churches and other group endeavors from realizing their full potential. In response we met monthly for eighteen months to share thoughts, and experiences and learn about race relations. This workbook captures key insights from our learning which we now share with others with the goal of helping readers to become personal change agents regarding interracial relations.

Today we find our nation in the grips of extreme tensions and unrest related to race, and many people are asking: “ what can I do to make a positive difference in race relations in my spheres of influence”? This book is a response to that question.

Based on the idea that the type of change needed must come from large numbers of individuals becoming personal change agents, the book is organized around 12 principles or steps for positive race relations. Each step heads a chapter and is followed by a personal story from one of the authors, a set of provocative questions ( for reflection, discussion, etc.) and an optional statement of commitment for readers who are willing to sign on to this movement for change.

In chapter two of the book one of the authors writes about his experience as a white man moving with his family into a nearly all black neighborhood in Detroit.


Among his experiences is an incident in which he was stopped by the police and questioned even though he had not violated any laws. He says that the officer who stopped him explained that he was stopped because he was white and most whites in that neighborhood were involved in the illegal drug trade. He also writes about the assumptions that some of his black neighbors made about his financial standing based on his race. Following this story the reader is asked to answer questions such as:

2. The author of the story accepted the discomfort of being one of very few whites in an African American neighborhood. What benefits to him and to his neighbors appear to have come from his willingness to endure this discomfort ?

The author of the story adds this commentary:

“ The main point that I hope readers will get from my story is that the first
bridge to seeing people come together across racial lines is to be intentional
about interacting with people of other races. We must realize that some level
of discomfort is likely when we first engage with someone who is racially or
culturally different. However, we must push through that discomfort and find
common interests”.

This workbook responds to one of the defining issues of our time, namely how to counter racial division and effect positive change in inter-racial relations. It provides a tool for personal learning as well as for team and organizational development on the subject of racial dynamics. It is designed to assist individuals, groups and organizations to take action in the interest of creating and nurturing positive race relations. Based on the insights and experiences of twelve contributors, the book offers a clearly defined 12 step process for learning and action. It responds directly to the call coming from many quarters in recent months for a plan of action to change how race impacts life in the United States and other countries with racially diverse populations. Although targeted specifically to address racial conflict and division, the principles in the book have application to other forms of societal tensions such as exist in the political, economic and law enforcement arenas.

The book has 12 contributing writers who each wrote stories and commentaries for the book. Some of these authors also wrote discussion questions. Biographical sketches of these contributors are included at the end of the book. The editor and principal author , Taylor Cox Jr. is an internationally known speaker, consultant and author on subjects related to human social-cultural diversity. He has published extensively on racial dynamics. His book “Cultural Diversity in Organizations: Theory, Research and Practice” was co-winner of the prestigious national book award of the National Academy of Management. He is a former tenured Associate Professor of Business at the Ross School of Business of The University of Michigan and has consulted on organization change related to workforce diversity with numerous organizations including Alcoa, Elli Lilly, The U.S. Department of Justice, Exxon, Phelps Dodge and Weldaloy Specialty Forgings. He holds B.S. and MBA degrees from Wayne State University and a Ph.D. in business administration from the University of Arizona.