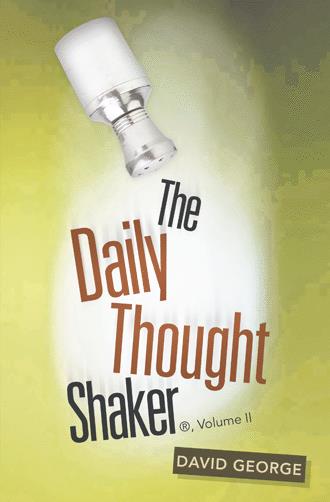 When I kept silent about my sin, my body wasted away through my groaning all day long. – Psalm 32:3

BAD NEWS DOES NOT GET BETTER WITH AGE!
I learned a lesson early on in my Air Force career that to put off dealing with a problem usually makes it more difficult to handle in the long run. Certainly King David learned this lesson with regard to his sin of adultery with Bathsheba and the subsequent murder of her husband, Uriah, in a vain attempt to cover it up (2 Sam. 11-12). Psalm 32 was written by David along with Psalm 51 after he was confronted by the prophet Nathan concerning his sins. Had David confessed his original sin right after he committed it, the consequences, though severe, would probably have been less so than what happened as a result of his waiting: the inner suffering (see verse above), the death of his infant son, and the promise of long-term turmoil in his family.
The same can be said of us today. While it is true that Jesus paid the penalty for my all my sins, past, present, and future, when He died on the cross, it is also true that I must acknowledge my sin before God before I can benefit from that forgiveness. We must do so initially to become God’s adoptive child and then afterward whenever we sin to keep in fellowship with Him. We read in 1 Jn. 1:9, written to Christians, that we need to agree with God concerning the evil of our sin (“confess our sin”) and He will then restore our communion with Him that had been interrupted by our sin. Certainly, the sooner we do that, the better off we will be. David did that and received God’s forgiveness and restored fellowship (Ps. 32:5).
Hesitating, even for a little while, can have more grave consequences than immediately confessing our sin to God and enjoying the forgiveness that is already ours. Does that mean that we will have to change something in our lives? Most likely. But God has promised to help us. In fact, Jesus instructed us to not even try to do it on our own (Jn. 15:5). That is because God wants us to be victorious over our sins by His Spirit working in and through us so that only He gets the glory, not us (Gal. 2:20). And we’re going to have to face God over our sin eventually one way or another, so the prudent thing would be to do so sooner rather than later and avoid the heartache of staying in rebellion against our loving Heavenly Father.
No, bad news does not get better with age. So don’t put off dealing with it any longer. Whatever sin you are clinging to, confess it to God, looking to Him to strengthen you and He will always forgive you and cleanse you from all your unrighteousness. And that’s good news that does get better with age!

"The confession of evil works is the first beginning of good works." - Augustine

Ever wish for something to challenge your thinking? How about a fresh approach to applications of Biblical truth? As with the first volume, The Daily Thought Shaker® Volume II is a collection of devotions that adhere to the truth of God’s Word while employing humor and critical thinking. Whether you prefer beginning or ending your day with a new thought about how God wants you to live, this book can help. A random sample of the titles includes: “Safe Sex” (March 1), “Unused Gift Cards” (December 26), “WWJD? Well, WDJD?” (January 26), “Rules for Fighting Fair” (September 23), and “It’s Difficult to Over Pray” (September 24). Like its companion first volume, it will cause you go deeper in your thinking about and application of Biblical truth in your daily life.

David George is a retired USAF Colonel who flew both large and small transport aircraft, starting in Viet Nam and finishing up his 30-year career with the conflict in the Balkans in the mid and late 1990’s. During that time he served as Deacon Chairman, Music Director, and Bible study director in a number of churches all over the United States and in four foreign countries. After retiring form the Air Force, David and Cherie returned to Texas. The Lord led them to San Antonio, TX, and Castle Hills First Baptist Church (CHFBC became Mission City Church in February 2019). He began directing the Senior Adult Choir known as the Glory Land Singers in 2002 and, in 2004, was asked to come on staff as the Senior Adult Pastor, a position he holds today. He and Chérie have two married children and five grandchildren.