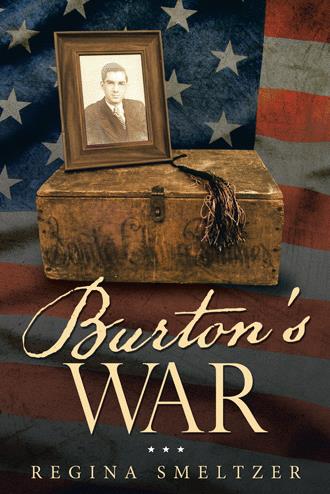 Strange the way life happens. Some experiences fall like soft rain, barely dampening the skin—a passing frustration, felt but not lived. Life goes on regardless. Other times, life bends the back. The inexperienced cannot understand the tension, the forced need, or the aching loss. Mostly the loss: the emptiness cast across the future, burrowing deep into the soul, intertwining with the sinew and bone of the survivor.
The anger that defined my youth burned out long ago, replaced with embers of regret.
I run my hand across the cold marble arch and enter the World War II Memorial Park. I glance at the scenes carved in stone. Men at war.
Thunder rumbles in the distance, heralding a November storm. Appropriate. My old bones ache with memory.
A group of school children, dressed in navy and white uniforms, approach, some skipping, others running like young ones do when set free. Their voices, their laughter, grate like fingernails on a chalkboard, destroying the sacredness of the place. And yet, the sacrifice represented here was meant for these children. I smile and step aside, allowing an adult, in a Heminger Elementary School sweat shirt, to rush past.
“Come on, Uncle Burt.” Sally, my niece, stands behind me. Her husband, Doug, hovers close by, understanding my need to linger, but not fully. His war, Vietnam, was different.
I lean on my cane and follow the cement path to the Ohio pillar. My feet falter. “Just a little longer,” I say. I need to see the Victory Wall. Victory Wall indeed. Here, in our nation’s capital, a wall memorializing 400,048 deaths. Among them, Harvey Gray.
“We really should to go,” Sally says. “I don’t want you to get wet.”
A cold breeze swirls dry leaves around my legs before pressing them against the wall. They drop and collect into brown heaps. Someone will remove them. Or, perhaps, the leaves will rot and return to the earth. I heave a sigh. Such is life.
Sally tugs at the sleeve of my Burberry overcoat, the one my wife, Lydia, bought me before the heart attack took her. “Let’s start back,” she says.
As the first drops of rain splat against the sidewalk, Harvey’s voice from the past fills my head. Don’t tell. Don’t rat me out.
I didn’t.
And Harvey died.

The piercing sound of the air raid sirens grated against Burton’s eardrums to the point where he was sure his brain tissue would leak out.
“Move along,” Mrs. Green shouted over the shrieking wail. “Take the side staircase. Get to the basement.” She herded the Kenmore High School students the way cowboys herd cattle on the way to slaughter. “Just keep moving,” she repeated. Bodies pressed against each other in the rush to reach the allusive safety of the basement. “Burton, your shoe laces!”
He dashed down the stairs. No time to re-knot broken laces now. And he didn’t need this annoying drill, not today when he had other things on his mind.
It’s only a drill. The words, spoken to himself, hung in the air nonetheless. It’s only a drill—as though thinking it made it so.
They reached their assigned spots along the basement wall, adjacent to the janitor closet and furnace room. Burton knelt on the cold cement floor, right hand over his neck, left arm protecting his head.
The alarm continued; waves of pulsating air throbbed against his skin. “Why doesn’t someone turn that blasted thing off?” Burton shouted to Nick Borden who crouched beside him. Nick, also a sophomore, lived a couple streets to the north. He was an OK kind of guy. He could fix almost anything with a motor. Sometimes they walked to school together.
“Something must be wrong,” Nick said. “Look at Mrs. Green.”
Burton chanced a glance over his shoulder. Mrs. Green’s squinty eyes were huge. She clutched both hands in front of her ample chest, and, even from where Burton huddled, he could see the whiteness of her knuckles. Had the Germans found a way past the borders?
He listened through the blare of the air raid siren for the sound of dropping bombs. His sisters, June and Jean, were both in school, most likely kneeling in a basement just like him. But Mother? Did she know where to go? Why hadn’t they ever talked about it? He tensed, imagining her hearing the wail of the emergency alert and standing in place, perhaps in the kitchen, unsure what to do. He couldn’t count on Dad right now.
He struggled to his feet, ready to race from the school.
The siren’s scream ended.
Murmurs of relief spilled around him.
Principal Fouse’s voice came over the loud speaker. “Well done students. You beat your last time by two minutes, but we need to do better. Return to your classrooms quietly.”
So, it was a drill after all.
The United States had been at war for three months. Someday, the Germans, or even the Japanese, might invade the country. President Roosevelt assured the nation it was impossible, but the Japs had managed to get to American ships in Hawaii. Burton would never forget that Sunday night. When the announcement came over the radio, Dad stormed out of the house, returning hours later, drunk. His absences were becoming more frequent.
Burton followed the mass of laughing students up the stairs. In spite of the giggles from the girls and the macho walk of the guys, faces reflected what both he and Nick had seen in Mrs. Green’s eyes.
He swallowed and tried to morph back into a carefree high school student.
Pretending to be carefree hadn’t worked at the end of the summer when he had to leave West Virginia for the second time and come back to Ohio, and it didn’t work now.

Regina Smeltzer was given journals kept by her elderly uncle. Inside those pages were years of history calling to be shared. The author of three novels and one novella, Regina  Smeltzer has crafted a unique blend of history with fiction.