Fulfilling the Times of the Gentiles 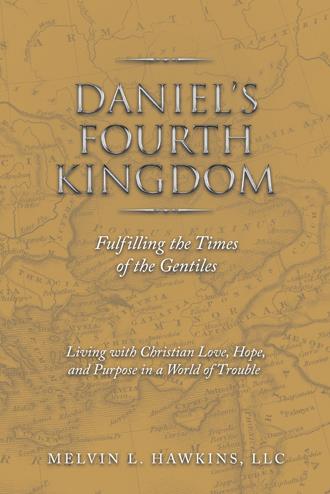 Daniel’s prophecies relate to the four kingdoms of Babylon (626 to 539 BC), Medo-Persia (539 to 331 BC), Greece (331 to 31 BC), and Rome (31 BC to the present time). Jesus referred to this cumulative period in world history as “the times of the Gentiles” and foretold that “Jerusalem will be trampled on by the Gentiles until the times of the Gentiles are fulfilled” (Luke 21:24 NIV). B. W. Newton clarifies that the prophecies in chapters 2 and 7 of Daniel are “not the history of all Gentile nations. It is the history only of those Empires that were appointed, after trampling down Jerusalem, to rule successively in her stead; and they are but fourthe empires of Chaldea [Babylon]—of Persia—of Greece—and of Rome.” Thus, as Steward explains, “The restoration of the Jews and fulness of the times of the [g]entiles [are] associated” in Bible prophecy and history; therefore, “[w]hen [the times of the gentiles] are fulfilled, Israel shall be restored and all these [gentile] kingdoms shall come to an end.” Gaebelein writes that the times of the gentiles “started with the Babylonian captivity” of Judah (Daniel 1:1–2 KJV) and “will end with the coming of the Lord visibly from heaven.” Therefore, the history and future of the gentile kingdoms are related to the history and future of Israel, and both are related to the season of the return of Jesus Christ.

Scripture indicates, and Bible prophecy scholars generally agree, that the gentile age will not end until Jesus Christ returns to establish God’s everlasting kingdom on the earth (Daniel 2:44 KJV; Matthew 24:30 KJV; Luke 21:27 KJV). The future return of Christ is symbolized in the book of Daniel by a “stone . . . cut out of the mountain without hands” (Daniel 2:34–35, 44–45 KJV). Since Christ has not yet returned, it is therefore logical to conclude that the times of the four gentile kingdoms have continued throughout history to the present day and that the fulfillment of their times (past, present, and future) points to the “restoration” of Israel and the season of the second coming. From the vantage point of our present time and place in history, and with understanding that comes from faith in God, the work of the Holy Spirit, and studying both His Word and world history, we can see more clearly the identities of the four gentile empires, and we can connect the meanings of Daniel’s ancient Bible prophecies with past, present, and prophesied future events on the earth.

From the Bible and history, Daniel’s Fourth Kingdom discusses each of the four gentile kingdoms. They are described symbolically in Daniel 2 (NIV) as the head of gold (Babylon), the chest and arms of silver (Medo-Persia), the belly and thighs of bronze (Greece), and the legs of iron and feet and toes of iron and clay (Rome). Correspondingly, the same four kingdoms are further described symbolically in Daniel 7 (NIV) as four great beasts: a lion with wings of an eagle, two feet, and the mind of a human (Babylon); a bear that was higher on one side, with three ribs in its mouth (Medo-Persia); a leopard with four wings on its back, four heads, and power to rule (Greece); and a terrifying, frightening, and powerful fourth beast that will subjugate the whole earth, having large iron teeth, bronze claws, ten horns, and a little horn with eyes like a human and a boastful mouth (Rome). In chapter 8 of Daniel (NIV), the Medo-Persian kingdom is symbolically described as a ram with two horns (one horn being longer than the other but grew up later), while Greece is symbolically described as a shaggy goat with a prominent horn between its eyes that was broken off and replaced by four prominent horns. The kingdom of Greece also produced “another horn” (Daniel 8:9 NIV), Seleucid King Antiochus IV Epiphanes, who caused great devastation in Jerusalem in the second century BC. In Daniel 9:26 NIV, the Romans are described as “[t]he people of the ruler who will come” who destroyed Jerusalem and the Jewish temple in AD 70. As discussed herein, the coming Roman ruler is the Antichrist.

This nonfiction book does the following:

(1) focuses on the continuing existence of the fourth kingdom, the Roman Empire, which is both a separate gentile kingdom as well as a beastly amalgamation of the three preceding kingdoms (as depicted in Revelation 13:1–2 KJV);

(2) respectfully questions the traditional, century-old interpretation in Christian eschatological literature that the Roman Empire ceased to exist in AD 476 in the West at Rome (and in 1453 in the East at Constantinople, now Istanbul), and shows how the popular prediction of a coming “revived” Roman Empire is obscuring a clear understanding of the presently existing, culturally amalgamated, fragmented, ubiquitous, global, fourth kingdom; and

(3) exhorts the church to love not the temporal kingdoms of this world but, instead, to zealously embrace her gospel-inspired, Holy Spirit–empowered, love-driven, apolitical, evangelical mission to share the gospel with “all nations” (Matthew 24:14; 28:19 KJV) while expecting the possibly imminent pretribulation rapture.

Although there is broad consensus among Bible prophecy scholars that the times of the gentiles will continue until the return of Jesus Christ, the century-old, traditional interpretation holds that Daniel’s fourth, gentile kingdom (the Roman Empire) ceased to exist in AD 476 in the West at Rome and, therefore, must be “revived” politically in the beginning of the seven-year tribulation period. That prevailing viewpoint is obscuring a clear understanding of the continuing existence of the fourth kingdom as well as its fulfillment in history of important prophecies related to the end times. Peters forewarned about this potential interpretation problem in The Theocratic Kingdom (1884). Daniel’s Fourth Kingdom: (1) establishes that the divided Roman Empire still exists today and explains why that fact matters regarding the season of Christ’s return; (2) respectfully questions the traditional interpretation; (3) exhorts the church to love not the temporal kingdoms of this world but, instead, to embrace her gospel-inspired, Holy Spirit-empowered, love-driven, apolitical, evangelical mission to share the gospel with all nations while expecting the possibly imminent pretribulation rapture; and (4) invites all readers, believers and skeptics alike, to consider the relevance of the Bible concerning world history, current events, and the future.

Melvin L. Hawkins (BA, 1974, University of Southern Mississippi; JD, 1977, Louisiana State University Law School) accepted Jesus Christ as his personal Savior as a child in rural Mississippi. He was valedictorian of his high school class, a college honors program graduate in political science, earned his law degree at age twenty-three, and completed a lengthy legal career in Texas. Melvin is a husband, father, and grandfather; an award-winning Christian writer; a former deacon and elder; a church volunteer; and a Bible prophecy student and teacher who completed a semester-long course on Daniel and Revelation at the College of Biblical Studies in Houston in 1992. In decades of studying eschatology, he could not find a book devoted primarily to the fourth kingdom (or beast) of Daniel 2 and 7. That intrigued him because Daniel describes the fourth kingdom in great detail and was particularly interested in “the meaning of the fourth beast” (Daniel 7:19 NIV). Melvin’s view of Bible prophecy as an enduring message of hope for the church led him to research and write this book.