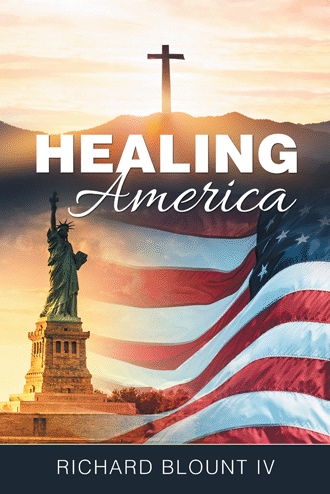 In 2009 I took over a team of Service Reps at AT&T. I was given a profile update of one of the associates that would be on my new team. I was advised that this associate, James, is a challenge to manage. The profile given was a highly intelligent, fast learner, but a negative attitude. Once I could get my entire new team into their new cubicles, in a designated area close together, I called in James to speak to him about putting him in a position of leadership on the team. I asked James if he would mind taking on the task of hyping the sales team up and keeping them focused on sales objectives throughout the month. I started this meeting out with James by honoring his positive attributes and that the purpose of this meeting was to recognize his strengths and to put them to work within the team. As I gave James all the WIIFM's which is an acronym that means "What's In It for Me," James did not interrupt but just stared at me with a smile. I was thinking to myself this conversation is going better than I thought, and when I finally unraveled most of the conversation and the idea to James, I asked him, how did he feel about it? James looked at me and started laughing and said, "I know what you are trying to do." I looked at James sort of confused and was thinking there is no way you know what I am trying to do because only I know my strategy in this approach. I had not shared this idea with anyone yet and acted on it quickly by just using some common manager coaching techniques I had read about. So, I said James, what is it that you feel I'm trying to do? James responded with, "You are trying to grow me." My first thought was, "Wow!" how did he figure that out so quickly. As I said, James's profile that was given was he was highly intelligent. I said, "James, what makes you think that?". James said, "You are trying to grow me, and I do not want to grow." James had just sort of completely crushed me for sure A plan to gain an ally to lead this team and diffuse an opposition on the team. James was right. I was hoping to grow him to be a positive impact on the team. I thought to myself, "what type of person does not want to grow?". Wow! "James said, I do not want to grow." This is the target in this book. It is time to grow. Who doesn't want to grow? It is a meeting with America, to honor America's talent, diversity, cultures, and encourage America to grow. How many James's do we have today? From the start of this adventure, I hope that we have individuals that want to grow. Let us open our hearts and minds to this timeshare of thought throughout the pages of this book.

Let us begin. Has America lost its way? What is the character of the current day a representative of, extroidinary art or care needed fixer upper? What is the temperature of America today? Why so much opposition in America? The question is massive yet elementary, and surprisingly everyone has some version their own answer to it all. Every solution could be unique, and every answer is somehow wrapped around us, us, us, and they, they, they, they. Us and they are born opponents. After careful observation of world news today, "We" Americans get a daily dose of opposition. The opposition has become a part of our diet. Life is how I see it, and if you do not agree, then you are wrong. Liberty and Freedom are dear friends, but even they do not always get along. Freedom declares it set us free, and Liberty states I want to be free. There is no Liberty without Freedom, and Liberty must manage herself. Liberty and Freedom cannot heal until they become "We." We, the People, was the most powerful statement ever recorded. Let "us" together take some time to review the "they" and allow "us" to replace the separation between us and they. The "We" of America will be the "Hero" that "US" and "THEY" tried to destroy. Team America, who wants to join? While "we" begin to heal…..

Author Richard Blount IV has a mission: he seeks to bring comfort, encouragement, and soul solutions to every living person in America. He hopes to help recover peace for Americans through an understanding of our challenges in culture, politics, religion, media, and race and to present a new set of eyes to help us navigate and progress relationships to a healthier state of being. This book’s message will develop hope and optimism in those seeking to be healed.

Healing America explores the problems, causes, solutions, and benefits of being an American. Blount investigates the history, culture, perceptions, responsibilities, and challenges that come with those topics and shares alternatives to vindication, such as listening, humility, and empathy. With an intentional and purposeful approach to the country’s healing process, he aims for healthy relationships as the ultimate goal. Finally, he presents the benefits of being a part of America and the joy that comes with the opportunities we share in the United States.

This study examines stressors in the United States stemming from perception and fear, offering ways to diagnose those pains and respond to them in a more spiritually mature and effective way.