A Journey from Genesis Through Revelation 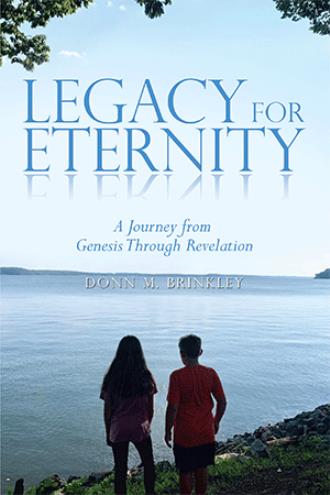 Adam and Eve were already like God. They were created in the image and likeness of God. The Scriptures state, “So God created man in His own image; in the image of God He created him, male and female He created them” (Genesis 1:27). The deception of the devil was to persuade Eve to believe she was not like God and that eating the forbidden fruit of the Tree of Knowledge of Good and Evil would make her like God. The devil was clearly denying the truth of what God had said, thus disparaging God in the presence of Eve. Eve was deceived into believing she could disobey God’s word and decide for herself what was good and evil and thus elevate herself to be like God. By the deception of Eve and the disobedience of Adam to God’s word, sin entered the world and the identity of people was stolen and their Godly image diminished. One of the greatest deceptions involves the belief that people must do something to become more like God or to become more acceptable to God. Substituting doing good things and religious activity apart from the presence of the Holy Spirit and the acceptance of Jesus Christ as Savior and Lord produces pride which was the cause of the first sin. Because of Eve and Adam’s disobedience, they forfeited and lost their rulership over the animals and the earth, as well as their significance and security with God. The result and penalty for Adam’s sin had already been spoken by God beforehand: “You may surely eat of every tree of the garden, but of the Tree of the Knowledge of Good and Evil you shall not eat, for in the day that you eat of it you shall surely die” (Genesis 2:16-17 ESV). On the day that Adam ate the prohibited fruit the aging process began that ultimately leads to physical death. More importantly, Adam and Eve’s spirits were cut off from a close, loving relationship with the Holy God who created them. Their disobedience of God’s word would affect all future people. We read the following sobering words recorded by the apostle Paul, explaining that Adam’s disobedience brought sin into the world. Therefore, just as through one man sin entered the world, and death through sin, and thus death spread to all men, because all sinned. (Romans 5:12) All of humanity was inflicted with sin because of Adam. Sin separates people from God. And yet, before Adam and Eve’s expulsion from the garden of Eden, God promised that from the offspring of the seed of woman a savior (Jesus) would come and be victorious over Satan, providing a way for people to again be restored and reunited in love and fellowship with God their creator. The Bible is a revelation of God and the redemption, restoration, purpose and destiny of humanity.

LEGACY FOR ETERNITY: A Journey from Genesis Through Revelation View God’s prophetic timetable as the last days of earth’s history are approaching and the return of Jesus draws near. Understand how the Bible fits harmoniously together and is not a random collection of stories, events and people. Receive fresh revelation and clarity of the Gospel of Jesus Christ. Prepare for escalating spiritual warfare. Avoid confusion, deception, and eliminate fear during a time of increasing darkness and apostasy. Learn: • How the Genesis account is related to the gospel. • The connection with God naming billions of stars and the human heart. • How violating the fifth commandment causes the downfall of people and nations. • The most neglected element of effective communication. • The five kinds of spiritual vision. • What is the “mystery” of the gospel. • God’s prophetic timetable and understand the season of Jesus’ return. Legacy for Eternity examines key Bible passages connecting fundamental and unchanging truths from Genesis through Revelation and the return of Jesus. An excellent, well-documented resource for personal growth, Bible study and ministry leaders.

Donn Brinkley is a retired teacher and pastor and has been an avid student of the Scriptures since meeting the Lord as a teenager. He earned a Bachelor of Science degree in Education from Salisbury State College (now Salisbury University) and a Master’s Degree in Science Education from the University of Delaware. He completed studies in Bible, church leadership and pastoral care at Living Word Training Center. Donn and his wife Ginny have been married for fifty-two years and live near Waynesboro, Pennsylvania. They have three married children and twelve grandchildren.