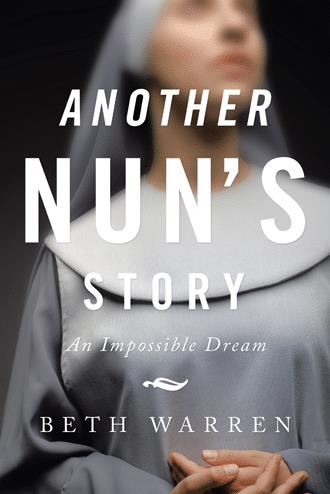 As the train pulled into Chicago’s Union Station, my five friends and I eagerly ran to board it. We settled in quickly, and then, as the train was pulling away, I glanced out the window and saw my parents waving goodbye. In my enthusiasm to begin my new adventure, I hadn’t given a single thought to how they were feeling. My mother was wiping away tears; in my selfishness, I couldn’t believe she’d cry when I was feeling so happy. I figured, “She’ll get over it.” How often I later regretted that thought.

My friends and I settled in for the two-hour ride to Wisconsin where our lives would be changed forever. We talked about the reason each of us decided to enter the religious life. These ranged from infatuation with nuns who taught them, to feeling a Call to make the world a better place.

My reason was simple: I had a great admiration for nuns who practiced humanness as well as spirituality. These nuns were friendly, personable, and generous with their time. They came to our basketball games, and they directed some of our school plays. They encouraged us to participate on the debate team, and they assisted us with difficult assignments. They taught us ways to pray, and they prayed with us. These were the nuns who attracted me to the religious life. I wanted to be just like them.

Before departing for the novitiate, my original plan had been to attend the nursing school where my mother earned her degree. She was delighted that I was following in her footsteps. However, I was impressed when Sister Marie Suzanne, one of the nuns from school, told me she thought I would be a perfect candidate for the novitiate. The more I thought about it, the more enthusiastic I became about this idea. That’s when I changed my mind about nursing.

Since the novitiate entrance date was only a month away, there wasn’t a lot of time to prepare for it. Even though my mother was disappointed, and she didn’t approve of my choice, she provided the money I needed to purchase the required items. She also rushed to sew all the garments I needed.

My only other recollection of that journey is that Dorothy pulled out her cigarettes and offered them to us. We figured this would be our last chance to smoke, so we made the best of it. Although I’d never smoked, I thought I might as well take advantage of this opportunity. Ugh!

We were met at the train station by three smiling nuns who welcomed us, introduced themselves, and then took us to the novitiate where we would spend the next two and a half years preparing spiritually and educationally for our next steps in life. The building was huge and very imposing, but that didn’t daunt me. I would not be intimidated by anything deterring me from answering God’s Call.

Upon our arrival, the first order of business was to present Sister Dolores, our postulant mistress, with the required two-hundred dollar dowry. This was the money that symbolized my desire to become a Bride of Christ. Since my parents had no other means of fulfilling this obligation, they reluctantly cashed in my life insurance policy so I could pursue my dream of consecrating my life to God.

Later on, Sister Dolores went through our luggage to check our cotton “lingerie” and other items we were required to bring. These included the following:

• six pairs of wide-legged panties that reached to our knees

• twelve “bird’s-eye” napkins (for those monthly episodes of nature)

We were also expected to bring a trunk of a specified size, three sets of towels and face cloths, and two pairs of black nurse’s shoes. After Sister Dolores completed her inspection of all our belongings, she validated our toiletries by placing an approval tag on each item that was permitted:

• one tube of toothpaste

• one container of deodorant

• one small can of talcum powder

• one bar of soap

All other items were confiscated, and they magically disappeared. Sister Dolores said that when we needed to replenish our toiletries, we could request them from our parents

In 1947, author Beth Warren, entered the convent because she believed God called her to a special life of service for His people. She had a passionate love for nuns who combined their religious lives with outgoing compassion for others. Warren wanted to be just like them. She dreamed that answering her Call to religious life would help make the world a better place.

During the sixties, Pope John XXIII asked nuns to look outside their convent walls to see where they were most needed. Warren was drawn to working with disadvantaged people, but she was told she was a teacher, not a social worker. She realized that to serve God’s deprived people and live among them, she would need to leave her religious Community.

In Another Nun’s Story, Warren chronicles her joys and difficulties during her religious life from the 1940s to the 1980s. She discusses how being a rebel nun led her to break her vows and left her with unraveled feelings and some guilt. But she came to understand she was saying goodbye to an impossible dream so she could pursue one that was possible for her.

Beth Warren is a former nun who spent thirty years in the convent during the 1940s to the 1980s, a time of change in religious life. She has now retired from the work world, but she continues her service for deprived people by collecting clothing for the homeless and personal items for battered women. She also provides food for a soup kitchen where she spends many hours talking to the residents of a halfway house.