From Alien to Citizenship 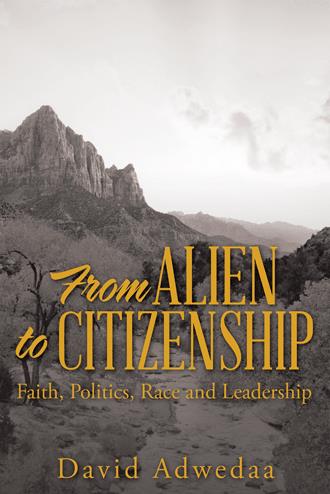 Waking up to chaos on the streets of the greatest nation with people demanding freedom and rights in a land in which liberty is at the highest point of government and in which rights are unalienable, raises a lot of questions as to what is important. How much of what is said actually gets done by the people that take an oath to uphold and defend the very things being demanded for on the streets? When an incident keeps repeating itself, it is important to pause and pay attention, make the necessary adjustments to correct the faults in the system. If the root causes are not effectively addressed, these incidents will keep recurring. In this light, every life that is taken prematurely is a tragedy, and more so when they could have been prevented, or the people involved could have known better. When these tragic deaths keep happening to a particular category of people in greater proportions, it gives real cause for concern. It creates a need for deep reflection and a move towards preventive and corrective action. In such moments, these words are remembered:

“The call for justice cannot be silenced”

The call for reform has been resounding and positive steps are being taken to address the issue. This moment is critical and so important not to hurriedly put forward dressed up and politically biased proposals. Instead, to look inwards and deeply reflect in a non-partisan manner, on what causes such brutalities to persist in a nation that was founded on the fundamental principle of a right to life. When all the noise subsides, the truth remains that people are being tragically murdered. These are people with families, with real names and hobbies, people that lived in communities. The tragic losses leave deep wounds and vacuum that call for justice from a nation that is expected to protect rights and life. When the system of checks and balances fail, the peace of the community fails with it. This distress in communities is not only peculiar to the American society, although prevalent, but other global societies as well. It is not restricted only to police brutality but also in other areas as well, especially regarding the failure or a lack of the systems that support human existence and flourishing.

When this is placed in the context of global society and the pandemic that shut down even the most sophisticated nations, revealing human vulnerabilities and the wide divide in society, it generates even more awareness about societies. It shows the interconnectedness and how vulnerabilities in one region weaken the strength of others. It becomes clear that nations can no longer isolate themselves from the issues around the world, but engage and respond in a way that improves the status of the poor and the most vulnerable. The death of George Floyd at the corner of 38th Street and Chicago Avenue in Minneapolis, sparked protests globally because people all around the world can relate to the injustice and the fundamental principle of human dignity. People turned out to protest the murder, because it is not an acceptable behavior anywhere around the world. That sent a strong signal that what happened in Minneapolis is also a concern for people around the world. Similarly, what happened in Wuhan, China regarding the COVID-19 is a concern for people on the streets of Houston, Texas. In the same way, what happens in Mumbai or New Deli in India or what happens in Accra, Takoradi, Axim, Bolgatanga, Bukom or Kumasi in Ghana, Johannesburg or Transkei in South Africa, Tripoli in Libya, Cairo in Egypt, the Middle East, Italy, France, Russia, Japan, Singapore, Australia, Canada or Chile to mention a few, are no longer the problems for those governments and those regions alone. As the pandemics have shown, what affects one, affects all with the dynamic nature of global societies. It is important therefore to prioritize, effectively engage, support and respond decisively to the issues of our day focusing on what truly matters, the lives of people, locally and globally.

This cuts across politics, faith, race, governments, businesses, global organizations and communities and into developing a real concern for the wellbeing of people within our immediate domain and around the world. A concern that moves those in authority to set frameworks that protect the rights and lives of people. One that moves governments, organizations and people to respond to the needs of others without waiting for a catastrophic event. A concern that moves those in positions of authority to make adjustments to the governing principles of society, moving legislators to work towards reform and wealthy nations to support the infrastructure needs of other poor nations. This should be done without waiting for a catastrophic event or a pandemic. Instead it should be proactive and collaborative, in engaging stakeholders to create the systems and structures that support development. This creates the framework and capability to respond effectively and decisively to stressors in societal systems before they become overwhelming. It is the dynamics of these societal stressors and their effects that mandate a closer examination of the fundamental blocks supporting or governing faith, politics, race and leadership in global societies. When thinking through some of these issues, it always leads to the question, what is really important?

The following are discussions on some of the critical questions impacting life and society as intertwined in faith, politics, race and leadership. 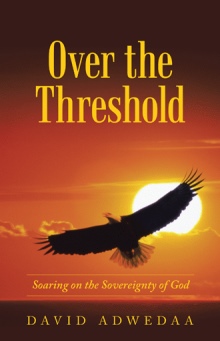 Over the Threshold
David Adwedaa
$11.95

In looking at environments that support growth and flourishing from a leadership perspective, there is an exposition on different environments for seeds in what is described as the Parable of the Sower within the community of faith. In that description, the only seed that actually flourished was the one falling on good soil. When this is placed in the context of leadership and global societal systems, it brings up the importance of supportive environments for thriving and fruitfulness rather than choking life out by unfavorable conditions. In considering business, there is the enabling environment while in organizations there is the culture and similarly in nations and global societies, the socio-economic and political climate as well as the structures that govern the societal systems are expected to enhance the thriving of life and community. When these systems choke life out of the very community they are designed to support, it impedes fruitfulness, destroys harmony and dissipates peace. As a result, the foundation on which progressive and constructive societal principles are formed, need to be engrained in every society to enhance the right to life, liberty and the pursuit of happiness, in an environment that offers the possibility for thriving, instead of choking life out. The book weaves the dynamics of faith, politics, race and leadership into a masterpiece that brings to light a pathway through these complexities.

David Adwedaa is a Ghanaian American Author, Business Owner and a Consultant in Business and Leadership with experience in the Oil and Gas Industry. David focuses on Strategic and Effective Leadership, Ethics and Sustainable Development. A Chemical Engineer by training and a Christ Ambassador by grafting, David lives in Texas with His wife Michaeline and their adorable children. David and Michaeline lead the PlanGen Inc. Organization, a community and leadership focused organization founded in 2018. They expound faith in Christ and advocate for embracing identity in Christ as Ambassadors of God’s Kingdom to demonstrate the transforming power of God through the generations.