The Day the Sun Rose in the West 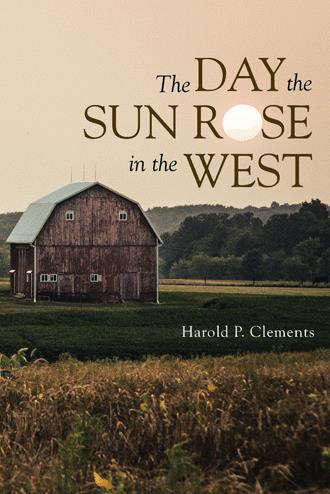 Our nicest home was our home on East Santee, nearly eight miles north of Charlotte (seven miles north, one mile east). The home was located on the southside of the road. We purchased the thirty-acre area with a beautiful brick home on a slightly elevated plateau. There was a creek that ran across the front, which our granddaughter Kari Nicole (Clements) Morrison, named Brook Cherith. This naming was accomplished when she was only about eight or nine years old. I was impressed that, as a young child, she was already applying spiritual things. She named it because the brook went dry two or three months (like July and August) every year and this reminded her of the story of Elijah. The woods surrounding the home had at least 200 sugar maple trees, some large oaks, beeches, and other varieties. We had trails, at least four or five, mostly running east to west through the woods, with one smaller trail headed just back of the woods for our brush pile.

My job was to play the adult version of pick-up-sticks so that our four-wheeler (a Yamaha), could travel smoothly when taking the grandkids for rides. To pick up the sticks, I would take many of the grandchildren (one at a time) and let them steer the Yamaha in idle gear. I instructed them to never touch the gas feed, and it would crawl along less than a mile an hour while I ran around picking up the sticks and putting them in the John Deere trailer that held about fifteen bushels. Even though the grandkids were very young, in Fallon’s case only three or four years old, they minded very well and only did the steering. We would take the small trail once the trailer was loaded, and unload the sticks on our brush pile till it got about six feet tall. Then we would invite all the grandkids (who were available) for a bonfire of roasted marshmallows, smores, hotdogs (mostly vegetarian), singing songs, and mainly having a good time.

One afternoon, while heading the last 200 yards towards the brush pile, Fally looked back and said, “Grandpa, a wheel came off the trailer!” We stopped, but let me explain. Looking for the parts is not as easy as you would think because this smaller trail used less often, had knee-high grass, weeds, and small sticks, so the only things easy to find were the wheel and the hubcap. Fallon and I diligently searched for at least twenty minutes and could not find two items, the washer that fit over the spindle and a small cotter key that held it in place. Exhausted, Fallon, with the look of childlike innocent faith said, “But, Grandpa we haven’t prayed yet.” We both dropped to our knees and simply said, “Jesus, Fallon and I need Your help. You know where those small parts are; we obviously don’t have a clue. Please help us find them.” We went back over the tall grass and ground where we had already searched and within one minute, sure enough, both parts were found.

No wonder the Bible says in Isaiah 11:6, “A little child shall lead them.” How simple, yet what profound answers Grandpa received that day. No wonder the Good Book says, “Pray without ceasing” (1 Thessalonians 5:17), and “Be anxious for nothing, but in everything by prayer and supplication, with thanksgiving, let your requests be made known to God” (Philippians 4:6). Remember prayer is not the last resort, prayer is the first option.

Are you interested in answers to prayer, including the near-death experiences of the author and his wife? Do you like poetry, light humor, answers to hard Bible questions? Then this book is for you! The author points out days-of-yore including wages, work ethics, old-school farming, singing, and more! This book is packed with inspiring stories that will make you laugh and cry. The author feels that he has been fortunate enough to see, through the eyes of his father and himself, farming advances from the last one-hundred years! The author trusts that his desires of this book will come through not only to his relatives but to all who are thankful for the tremendous changes that have happened in the twentieth-century. Would you, your children, and your grandchildren enjoy this? Do you enjoy hearing stories of close family ties and of family singing for four generations? Are you interested in knowing how the sun can rise in the west? If this is true, please read the book.

The author, Harold Clements, is eighty-eight years old and has wanted to write this book for the last forty years. He is a Christian husband, married sixty-five years to the love of his life, a father (dad) of five, grandfather of fourteen, and great-grandfather of six (so far!). Born to a Christian family, there has always been singing in his family, his wife’s family, their children, grandchildren, and great-grandchildren’s lives. The author has a sense of humor, stories of answers to prayer, and near-death experiences. The experiences of his father and his span nearly a century of farming (the twentieth-century). The author feels fortunate that he lived in a century where he could still experience the “American Dream” because he started working in the small plant of Carefree, with only seven employees, worked his way up to director of purchasing, helped the company grow to over 500 employees, and was general manager for over fifteen years before his retirement. Also, upon so-called retirement, he sold and installed thousands of vinyl replacement windows. The author helped set the National Window Standards for vinyl windows and all styles of windows. The author, always active in sports and healthy eating habits has helped keep this old man alive and well. For instance, after retiring, he joined the Polk County Senior Olympics and competed in the 50 and 100-meter dashes between the ages of 65-77. The author, from the “old-school” way of life, is still proudly representing Jesus, the American flag, God, and country.