Inside My Kaleidoscope Mind 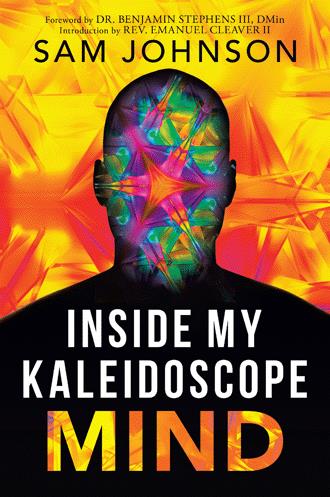 What is your purpose? What have you been called to do? These two questions are simple yet become so complex because they affect everyone regardless of race, religion, or socioeconomic status. There are two sides to every coin. From a worldly standpoint, one can be led to believe that it’s not possible to do what one loves to do, be successful, have a family, and not struggle financially. However, the biblical teachings indicate that God will be exceedingly abundant, doing more than we can ask, say, or think according to the power that worketh in him (Ephesians 3:20). In other words, there’s no limit to the abundance of blessings one can receive—of course, that is when operating in the will and way of God. The problem relies in not only our faith but also in the actions we put behind that faith, activating that faith consistently, and most of all fulfilling the purpose that one was predestined.

Discovering one’s calling can be an easy task but is often a struggle for others. A general observation in life is that there are two types of people: those who make things happen (faith), and those who want or wait for things to happen (fear). The simple step of finding the sole purpose of one’s existence is often overlooked so many times that people find themselves doing things they wouldn’t have ever imagined doing. For every engineer in the world, there’s a guy working at an electronics store who should have been that engineer. In some cases, the person who became the engineer is doing it for the money but does not have a genuine desire or interest for what he does. Fear quickly becomes the catalyst for individuals to step out in faith on the assignment that God instructed them to do. Fear is then followed by rebellion, in which people deny and disregard what God has told them to do but instead decide to design their own routes. But like a dog chasing its tail, this method leads to confusion and frustration, and it deprives one’s energy.

So what are some ways to know that one is ignoring God’s calling, and how does one discover the purpose for one’s life?

I am passion.
I am church.
I am faith.
I am worship.
I am praise.
I am more than a conqueror.
I am a believer.
I am a miracle.

Sam Johnson has a heart for Jesus and a mind for Christ. No matter what his challenges in life, he has learned, through his steadfast faith in God, that it is possible to view everyday life from a Christian perspective and then successfully use that perspective to cope with any challenging circumstances that arise.

In a collection of poetry and other writings inspired by the gospel and his spiritual journey in Los Angeles over the past ten years, Johnson shares an introspective glimpse into his dreams, his faith in God, and the wisdom he has gained from his life lessons. Included are opportunities for others to connect to Christ, and be uplifted and entertained, while learning what truly lies within Johnson’s kaleidoscope mind.

Inside My Kaleidoscope Mind is a collection of gospel-themed poetry, plays, and written works shared to inspire and encourage believers, especially in times of tragedy.

Sam Johnson was raised in Kansas City, studied theater arts at Clark Atlanta University, and ventured to Los Angeles to become involved in the theater community. His career included stints as president and lead playwright at the West Angeles Cathedral’s Drama Department and as a freelance art and music critic for the Los Angeles Sentinel and Impact Magazine. His play, Change for a Diamond, was a NAACP Theater Awards finalist.