The Next Medo-Persian Empire 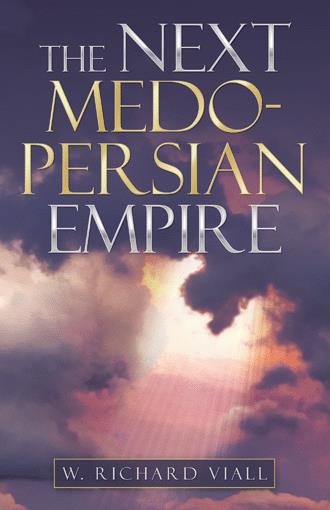 The beginning of the end will start with total peace in the Middle East. ISIS and Al-Qaeda will be defeated and nothing more than a bad memory. 1 Thessalonian 5:3 reads, “While people are saying, ‘Peace and safety,’ destruction will come on them suddenly, as labor pains on a pregnant woman, and they will not escape.”

Peace will come because the Kurds and the Iranians will settle any differences they have. They will unite as one country and be led by two leaders, one a Kurd and one an Iranian. Daniel 8:19–20 (NIV) reads, “He said: ‘I am going to tell you what will happen later in the time of wrath, because the vision concerns the appointed time of the end. The two-horned ram that you saw represents the kings of Media and Persia.’” This will form what I call the next Medo-Persian Empire. Peace will finally come to the Middle East, or so we’ll think.

This new country—or alliance, union, or whatever they call it—will encompass the countries of Iran, Iraq, Syria, Lebanon, Egypt, Turkmenistan, Turkey, and Afghanistan. The next Medo-Persian Empire will have two kings, one Persian (Iranian) and one Mede (Kurdish).

Daniel’s vision said, “One of the horns was longer than the other but grew up later.” Assuming the phrase “one horn was longer” means more powerful, we can deduce that the later king (the Kurdish king) will be more powerful.

As a military police officer forty-four years ago, author W. Richard Viall made a traffic stop of an evangelical Christian woman. The interaction with her serendipitously raised his curiosity about the end times, and throughout his thirty-seven-year career in law enforcement, he maintained his curiosity regarding the subject.

Ultimately, Richard learned many mainstream Christians regard the fictional account of end times in the Left Behind series of books as fact. He truly wishes the initial rapture would be as easy as the books make it out to be. But he sees nothing in the Bible to indicate that.

Based on logic and allegorical and literal interpretation, The Next Medo-Persian Empire presents Richard’s deductions on the prophecy. He discusses what will happen in the time leading up to the rapture and during the last seven years after. It explains the signs leading to the end and how the next Medo-Persian Empire will be one of those signs.

For certain reasons which you will understand after reading this book, the author does not wish to go into too much detail about his personal life. He attended Burlington county college, New Jersey and Victor Valley college, California. He resides on Saint Simons Island, Georgia. Saint Simons Island is home of such authors as Jim Daher (Righteous Kill) and formerly Eugenia Price who wrote about the history of Saint Simons Island.

Richard was baptized in a small country Baptist church in upstate Pennsylvania at the age of thirteen. He had the epiphany that God is real while hunting in the orchard of his property sometime later. Throughout his life Richard attended several different denominations regularly. He is now Catholic. He received confirmation into the Catholic Church on the same date as his baptism at age thirteen.

After serving in the Army, he began his career as a correctional officer at Lewisburg Federal Penitentiary in Lewisburg, Pennsylvania. He worked his way through the ranks and retired as a training instructor for the Federal Bureau of Prisons at the Federal Law Enforcement Training Center in Glynco, Georgia.

His interest in religion began at a young age when his uncle took him to see a fire and brimstone preacher. Something everyone should experience once in their lifetime. Richard’s hobbies on Saint Simons Island are cooking, working out, biking, and beachgoing. Huckleberry picking and mushroom foraging in the summer and hunting in the fall are activities on his property in Pennsylvania.