Getting to Know the Men Behind the Money 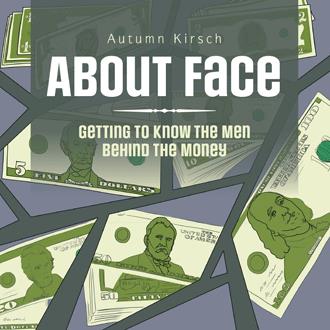 If George Washington saw his face on the one-dollar bill, just how would he feel?
Looking back at his accomplished life, George
Would definitely remember the harsh winter at Valley Forge,
And how he bravely led his army corps
Against the British in the Revolutionary War.
He was the leader of the Continental Army, not to mention,
He led the Constitutional Convention.
In 1789 he became the nation's first president,
And to the Bill of Rights he did consent.
He signed a bill creating the Bank of the United States,
And he certainly would appreciate
The sight of his face on the one-dollar bill.

Did the early leaders of our nation truly realize they were making history – so much so that their pictures would exchange hands millions of times a day? Call it what you want – moolah, greenbacks, smackers, dough or cold, hard cash – the question still remains: if these early leaders were alive today to see their faces on United States currency, how would they feel? What extraordinary memories would they have? What wisdom would they share? In this creative, historically rich reflection, Autumn Kirsch explores the impact these leaders had in shaping the United States, through the lens of the leaders themselves, all while helping you brush up on your knowledge of who’s who on the front of each dollar bill denomination.

Autumn Kirsch is a wife and mother of one son. She has a passion for learning – especially learning from the past – which fuels her interest in US and world history. Autumn graduated from Texas A&M University-Corpus Christi with a bachelor’s degree in communication and from Columbia Southern University with an MBA. Autumn has made a career out of helping leaders and teams make successful organizational transitions in times of great change. Her hobbies include studying, antiquing with her husband and looking for dinosaur bones with her son in her great home state of Texas.