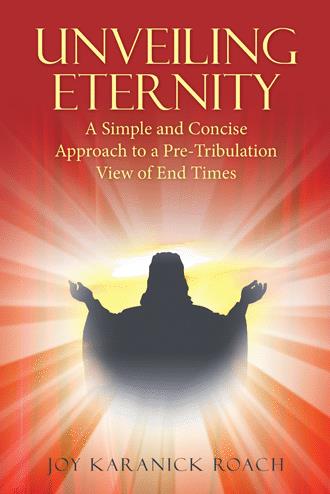 INTERPRETING REVELATION
Reading and understanding Scripture requires application and utilization of certain principles of inter-pretation. One could write an entire book on this topic and many have. The purpose of this chapter is to provide a very brief introduction of Biblical interpretation. The main idea of interpreting Scripture involves closing the gaps of time by understanding the intent of the original author and hearing as an original hearer. This field of study embraces three areas: exegesis, hermeneutics and homiletics. On-ly exegesis and hermeneutics are pertinent for the intention of this work unless you are a Pastor or educator of the Word. Homiletics deals more with the application rather than the interpretation. It gathers from the interpretation to formulate application and conclusion. Homiletics in its simplest form is the art of preparing the sermon and preaching plans based on what has been discovered. It touches on how to write the sermon and explores various approaches to preaching. For the purpose of this book the focus will be an overview of exegesis and hermeneutics.
EXEGESIS
Biblical exegesis is the critical interpretation and explanation of the Bible to find its intended meaning by its original author. Critical, in this sense, means an intensive and extensive evaluation or analysis. Prayerfully approaching the Word and followed by reading the passage multiple times is the first and foremost important part of exegesis. Interpretation of the Bible cannot be done without the Holy Spirit alongside of the reader. Prayerfully meditating on the passage is equally as important. After which exegesis can commence.
Through exegesis, the interpreter seeks to uncover the literal meaning of the text and reveal the in-tention of the author. Exegesis tries to make sense of what the text meant to the original writer and hearer and then apply it to today’s audience and situation. In other words, asking questions like when was this written?
THE RAPTURE
The Rapture begins when the Church Age ends. Hereafter in Revelation 4:1 is also translated as “after this”, “what happens next”, and “what takes place after this”. After this refers to after the Church Age.
At the time of the Rapture, Daniel 9:27 tells us the Antichrist will sign a Treaty with Israel for one week. The treaty signing happens at or near the time of the Rapture and before the Tribulation. One week is seven years. However, in the middle of the week, which is three and a half years, the Antichrist will break the treaty.
Revelation 4:1, “After this I looked, and, behold, a door was opened in heaven: and the first voice which I heard was as it were of a trumpet talking with me; which said, Come up hither, and I will shew thee things which must be hereafter.”


REWARDS AND PUNISHMENTS
RECOMMENDED ACTIVITIES
1. Look up “Judgment Seat” in Greek in the Strong’s Concordance. How many times is it used? What is the Greek word for it? How is it used in the ten Scriptures? How does it differ and how does it relate to the place of judgment for believers in the end times?
2. Study the bema seat where judges awarded athletes for their performance in the city of Cor-inth.
3. Study the five crowns and find other scriptures that may speak about them. Try looking up the word crown in Strong’s Concordance and that will be a great start. How many times is the word found in the Bible? Does each word have the same meaning? Compare any references to the crown in the Old Testament especially how it was used with Kings.

The author untangles a complicated topic and makes it clear and understandable. Filled with illustrative charts, Unveiling Eternity discloses the events of the end times in a simple, chronological, and organized manner. Written in a conversational voice, the author creates a personalized instructional and easy to digest experience for the reader. Referenced Scriptures have been written out into the text to prevent cumbersome back and forth searching from the book to the Bible. Chapters end with a section called Recommended Activities, which serves as a guide for deeper exploration. Much more than a book of the end times, Unveiling Eternity informs the reader on how to interpret the Scriptures using a scholarly methodology. Multiple resources are suggested throughout to aid in further examination of the given focus. An excellent foundational yet profound study for those who have little time to perform the vast amount of research needed to grasp this topic.

A powerful voice to the nations, Joy answered the ecumenical and prophetic call to share God’s message of redemption to the world. She served as a Commander in the United States Navy Nurse Corps but after her retirement, she accepted Christ as her personal Savior. Upon God’s leading she returned to school. She holds a Master of Theology, Master of Cross Cultural Studies from Fuller Theological Seminary and a Doctor of Ministry from Andersonville Theological Seminary. Under the pen name, Chara Vovou, she authored Called to the Uttermost: A Missionary’s Story of How to Identify God’s Call and Thrive in the Extreme whereby she presents details her life’s story, her call and work in the mission field. She has over five years of Television experience. She hosted live on an Arabic TV station that broadcasts in 52 countries into all North America and the Middle East reaching millions all over the world.