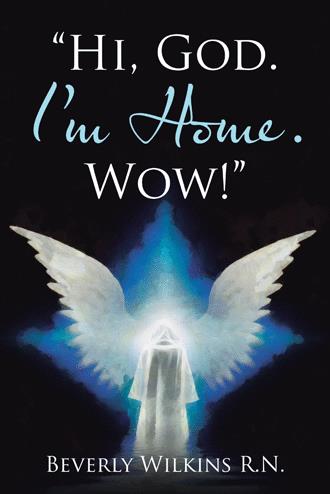 It taps on my heart.

“Are you there yet?”

For many years, I have wanted to share the exceptional flashes of revelation around death that I have been witness to. Yes, I’ve seen joy and peace around the final moments of a life.

I thought they were just incidents that happened to everyone, so I rarely shared them. You know, the kind you bookmark in your mind but you recount on rare occasions, as your intuition has deemed these stories important enough to pass along and assist others going through their experiences.

They remain in your mind like files that you keep, in case, and pages that you carefully turn down in a book so you can go back and read them again. They remain there inert because you are so busy, just paying your bills and meeting deadlines.

However, in the last decade, there has been such an unfolding to the awareness of the fact that we all die. This awareness has been accompanied by the question of, did we live our life’s purpose? Did we in fact live out our life mission? Did we even know what it was?

Many boomers and zoomers have been able to avoid this reality; they live in a time of relative affluence and rapid expansion of technology. We live at such an accelerated pace that we cannot confront the planning of our funeral or even talk about our death (the only inevitability in life we all will accomplish). Doesn’t it seem absurd that we would think there is no reason for being here? Why would God bother?

Why would we exist at all? Well, we are here to learn, and as many ancient philosophers and present-day gurus state, we are all spirits on a physical journey. I have always believed it most likely.

For two thousand years, we have had this Bible promise: “For God so loved the world that He gave His only begotten Son, that whoever believes in Him should not perish but have everlasting life” (John 3:16 NKJV).

He even rose from the dead to show the way and add the exclamation point of eternal life.

I am compelled to reassure, to give comfort, and to make easier our use of these words: death, dying, and the end of this life.

I have been part of many end-of-life scenarios, and my hope is that as I share some of them, you will be aware of those you may witness and share them with others to overcome our incessant fear of death and the unknown. Sharing with one another is essential and proven to be most therapeutic.

Death has no sting when we do not fear it.

I spent over fifty years as a health care professional, with diplomas as a nurse, energy healer, naturopath, and bereavement counsellor; now, as a widow, the more that I have seen death, the greater I sense it is a passage. Your learning journey is over for now. You are graduating to a new reality. Is it birth to birth? Death is just that moment where we are released to transcend.

Yes, like a real birthday gift. These words may make you say, “Hush up. How absurd is that?”

The imperative part of the spotlight on that word death is that it emphasizes the importance of living your life with verve and inspiration because there is an end to this specific contract of time, known as your life.

But that is how great aha moments are incubated. It is called the collective consciousness. Like a long-nurtured birth of an idea, it takes many input neurons to build that awareness to a high enough collection of electrons to vibrate through the paradigm and turn an accepted idea on its head to examine the opposite conclusion. Maybe it is not an end but a beginning, another birth. Or is it more like the present theories that the initiation of a thought is a biochemical reaction formed before you really think it?

My intention is to invite you to be comfortable with death as the key to the next life, not a black abyss to be feared.

I share this book with you with love and light.

Put your angel wings on.

Wow. Come and sit with me for a while.

These are the stories that I have been given.

For the last twenty years of her professional life, Beverly Wilkins has been a grief group facilitator, congregational nurse, and visiting nurse. Her occupation as a trained palliative care nurse brought her into intimate contact with many patients going through their final stage of life.

She possesses a serenity and ease of the vocabulary around death and dying because of her complete belief that it really is not the end. In fact, it is more like a birthday following a birthday. We are all born to eventually die to another life, “where there are many mansions. I go and prepare a place for you” (John 14:2 NKJV).

This book is a collection of real-life scenarios she has been witness to; she wants to give you calm and peace as you transition to the next stage of light, the only stage that all of us will experience: death.

May you feel the promise that God will be there to meet you when you arrive in your new home. No need for angst at the end.

Go in peace and live joyously and confidently knowing your final destination is already reserved.

Happy birthday as you breathe your last breath.

Her best description is as a work in progress (WIP). Yes, we are all works in progress, as we try to share one another’s losses and loves. Her favorite assignment is to “Love one another as I have loved You.”

Imagine how much that would fix in this world. I doubt many of us would assign our only son to die for the rest of us.

Let’s relinquish the bondage of fear around dying and instead plan for it with exuberance; make it a celebration that we did not waste our time here on earth so we may rise up in victory to our next birthday celebration with the words “Hi, God. I’m Home. Wow!”