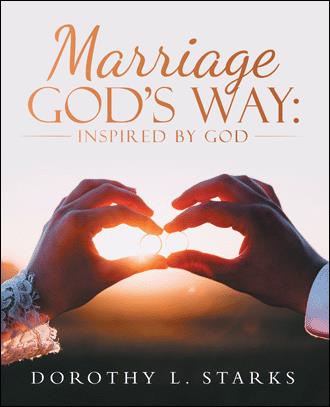 Chapter 1
Ready to Get Married?


So you are ready to get married. You have found a special someone you think you want to spend the rest of your life with—the one who makes you laugh, the one who calls you pretty, the one who says he loves you and whom you can’t live without.

I just want to ask you a few questions. Do you and your mate have God in your life? Is God the most important thing in your life? Do you want the kind of marriage God has planned for you? If so, then let’s look at what God says about marriage.

The Word of God pictures marriage as an institution of God. We should talk about this with our young people, particularly with those who are preparing for their wedding days and lives as married couples. The Lord God brought the woman to the man and with his hand brought unto every man his wife. God has instituted marriage.

This scriptural way of speaking about marriage tells of how serious scripture is to be taken when we as Christians prepare for marriage. God’s Word has been looked down on as being narrow-minded, old-fashioned, and judgmental. This is important. We know that scripture speaks about marriage as an institution of God, and we wish to hold on to the truth. We need to submit ourselves to God’s Word.

As Christians, we are to take a stand against the contemporary notion that all kinds of institutions in practice in society have merely evolved during the course of history. We are to take a stand against any society that regards any situation other than the institution of marriage as the union of one man and one female “for as long as you both shall live” as the institution to be confessed and practiced in marriage. With God’s hand, bring unto every man his wife. God is our Father, the Creator of heaven and earth, who has instituted marriage.

This institution of God is characterized by a common bond to be regarded as a creation order. God created man after his image, but at the same time, God created “male and female.” He created them in such a way that husband and wife are meant for each other and predisposed to complete each other in marriage.

Marriage God’s Way is a book to inspire Christian and s to explain how God’s instituted Marriage and scripture in the Bible his way, and that this book is inspired by God.

She has been inspired by God to write this book for Christian’s getting ready for Marriage.