Understanding the Book of Revelation

Through History, the Seals, Witnesses and Kings 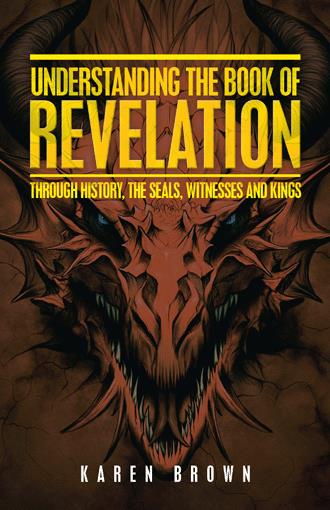 kingdoms: Babylon, Mede/Persia, Greece, Rome and the kingdom of the antichrist which is the ten toes of iron and clay. I want to bring forward this fact: a large number of Democrat leaders in this country have aligned themselves, behind the scenes, with the Muslim Brotherhood, through the groups Emgage Pac and the counsel of American-Islamic relations (CAIR) and the Marxist terror groups BLM and Antifa. These groups have been associated supporters of over twenty democrat congressmen, including Joe Biden, Bernie Sanders, the former senator Hillary Clinton, and yes, the former president, Barak Obama.

Furthermore, wasn't it interesting that President Obama allowed ISIS to get such a stronghold in the Middle east. Yes, the iron of the Roman Empire will align with the terrorist groups of clay against Israel. But also understand, the Muslim Brotherhood has infiltrated most countries worldwide. They are not creating a conventional war, but a war of intrigue in politics. They have also aligned with several members of the UN. Just do your homework and you will find it to be true. There are countless articles on the internet about it as well as books. The Muslim Brotherhood is the underlying supporter of terrorists groups around the world. They will, most likely, be the supporters of the ten toes, the ten kings without a kingdom, which the stone of Christ's kingdom will hit and destroy....

Secondly, look at the attitude of the ten toe kings, in Daniel, toward the harlot. Here is the attitude; these rulers hate the harlot. As an aside, God said Israel is the focus of the earth. Take a moment to get a map of the Middle East. Using a compass, put the point of Israel and the pen on Pakistan, (which was part of Persia), then draw a circle. You will find that many of the countries within the circle are Muslim or have growing Muslim communities within them. The circle goes into Europe, Europe now has a very heavy, Middle East, Muslim component in part to the mass migration caused by ISIS and the Syrian conflict.

The vast majority of Middle East Muslims hate the Jews. They think Israel is an abomination to Allah and want to drive the Jews into the sea. Furthermore, it is the goal of the Muslim Brotherhood, as stated in their documents, to eliminate the state of Israel and all the Jews. Read the book "The Enemies Within", it is all in there. I will say, obviously, not all Muslims will be involved, there are good Muslim people who will not fall for the antichrist. Obviously, it is more than safe to say many Muslims of the Middle East are at the core of this hatred of Israel.

God has given us direct statements, in scripture, concerning the identity of the toe kings, who work with the antichrist to bring about the destruction of Israel. Let's look specifically at all these nations and peoples. You will note all these nations are Muslim nations. However, it is important to remember the ten kings are kings without kingdoms. As I have stated, most likely, Islamic terrorists’ groups will pop up in each of these countries to join with the antichrist. We have seen terrorist activity like this with ISIS. The following ten nations are continually mentioned by the prophets in relationship to the end.

History is a great teacher if we would learn from it. God spoke through the prophets about historical events which took place before Christ came to earth, during Christ’s time on earth and well past 70 Ad when the temple fell. God revealed through the prophets, many of the events which happened to the Jewish people during WWII. If you know history, you can see the fulfillment of these prophecies in part or whole. This book combines both. It compels us to widen our minds to the scope of what God wants us to see and understand. In order, to know more of His plans for Christ’s coming and to be ready to share His word.

Karen Brown dedicated her life to Christ when she was six years old, after learning Christ would rapture His followers. She has been dedicated to the pursuit of understanding prophecy and history. The research for this book included three thousand hours of reading and note taking of ninety three books and included the Greek and Hebrew texts.