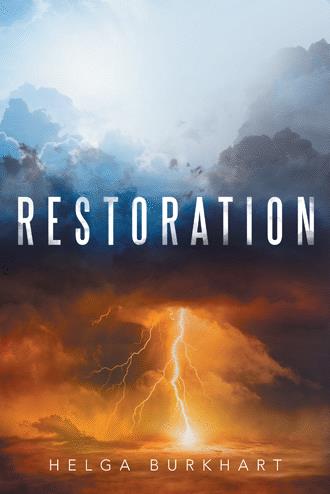 Anne Richards pulled slowly onto I-486, but even so, the car fish-tailed several times before she was able to maneuver into the only open lane. The snow driven against the windshield by the increasing wind, made visibility extremely poor.

“We should’ve left right after Eric got there,” she whispered to herself, with a resigned sigh. Her thoughts returned to early morning when she’d tried to talk her husband out of going to the office. After all, it was Thanksgiving Day and the weather was going to be bad. She wished they were all in the same car now but, since Eric had gone to work for a few hours, he had the van and the children wanted to ride with him. That left her to drive the car. Her parents tried to talk them into staying till Friday, but Eric insisted that the roads would be all right since the snow only started a short time before. He was wrong—the road was slippery and she couldn’t see. Almost sliding into a ditch, she forced herself to concentrate on driving.

Concentrating wasn’t easy. Anne couldn’t see them, but she knew Eric and the children were following in the van. She also knew Amy and Danny were excited about the first snow of the season and would have trouble sitting still, especially Danny. She had watched Eric buckle them into their seat belts in the back seat, but knew how many times she would have to remind Danny to stay buckled in when they rode with her. He was an exuberant seven-year old and liked to talk. Somehow he never thought she could hear him unless he was right up close to her, and tended to undo his strap so he could lean through the opening between the front seats to say what he had to say. Anne hoped he would stay put today. She knew that Amy would. At nine, she was the more cautious of the two. Eric had less patience with them, and Anne hoped they wouldn’t cause him to become annoyed with them—not with it taking total absorption to stay on the road.

Anne never wanted to drive in snow and avoided it when she could. She admonished herself for that, because if she drove more often on the winter roads, she wouldn’t be so nervous now. She found herself becoming increasingly irritated at Eric because he had insisted on going to the office. If he hadn’t gone, they would all be in the van together now with him driving. Her neck and shoulders were already aching, and her fingers were stiff from her tense grip on the steering wheel to keep control of the car. She felt the car pull to the right and forced herself back to attention.

Progress was slow, and after what seemed like hours, but was really only twenty minutes, Anne saw a small panel truck going the opposite way start to slide. As she glanced into the rear-view mirror, she saw it careening out of control. She heard the discordant sound of blaring car horns, but because of the heavy swirling snow she didn’t see the truck as it slammed into the center guard-rail, did a half turn glancing off a sign post, got struck by a passing car, and headed back toward the rail. She didn’t see it fly into the air as if it were a bird, landing upside down on Eric’s blue minivan.

Anne heard the sound of metal striking metal from somewhere behind her. She saw the cars going the other way, their taillights blinking frantically. Her own car went into a skid she couldn’t control and she crashed into the mountain of rock that loomed in front of her. Before the darkness descended on her, she somehow knew in her heart

that her family was gone.

When Anne Richards wakes up in a hospital with her parents nervously standing above her, she’s confused. Why is she there? How did she end up in a coma? Terrible memories begin to resurface: a snowy drive on Thanksgiving Day, the sound of scraping metal, and blinking taillights.

Anne lost her husband and two children in a car crash and now must find a way to live with the unbearable pain. Her loss plunges her into despair that therapy can’t help. She sets off on an emotional and spiritual journey in the hopes of finding relief.

A cat and a little boy begin the healing process. After a rough start, the little boy’s father helps, as well. To fully restore her wounded soul, Anne must embrace God’s faithfulness and begin to accept that even bad things happen for His purpose and our good.

Helga Burkhart is a retired R.N. and has a degree in psychology. She believes in the faithfulness of God and, in this era of bad news, hopes readers can escape into a story with a happy ending. She lives in upstate New York with her husband. Restoration is her first novel.