A Forty-Day Study of THE BIBLICAL STORY

The Story of Christ 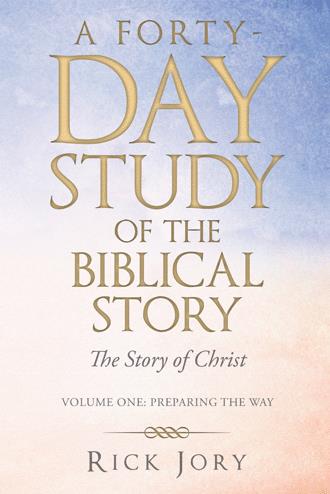 A restaurant located just outside of Denver, Colorado, excels in offering New Orleans cuisine. Even though it’s in the heart of Bronco-land—as in the Denver Bronco’s football team—the walls of the restaurant are covered with banners, signed jerseys, and photographs of star players from the New Orleans Saints. One can also see an occasional customer proudly wearing a Saints’ jersey. Who dat!

But that’s probably not the first thing one notices when entering the restaurant. Deeply etched into the concrete steps leading to the front door, one sees: “JER. 29:11.”

If this seems a bit cryptic, Google it.

And then select “shopping.”

You will find wall art, tee shirts, bracelets, coffee mugs, writing pens—all referencing the biblical verse Jeremiah 29:11. Some of the merchandised items contain the verse in its entirety. Others don’t quote the verse, but only show the book-chapter-verse reference: “Jeremiah 29:11.” Still others don’t reference the Bible at all but simply repeat the first nine words: “For I know the plans I have for you…”. The astute Bible student knows where the verse comes from and can fill in the rest from memory.

For I know the plans I have for you, declares the LORD, plans to prosper you and not to harm you, to give you a future and a hope.

I find this verse very uplifting. If I wore bracelets, perhaps I would have one with the “JER. 29:11” engraving. I’m not too sure about the tee shirt. But a coffee mug would certainly be nice.

But there is a problem.

He is making a firm, unchangeable promise and commitment to a specific group of people, at a specific time, and for a specific reason.

Sorry folks, we are not in that picture.

And while 29:11 must have offered these people wonderful comfort, they heard God’s entire message—not just this verse. The complete message for them had to have been unsettling.

Let’s hear what they heard.

Just a few verses prior to Jeremiah 29:11, God tells these people:

Seek the prosperity of the city to which I have sent you as exiles. Pray to the LORD on its behalf, for if it prospers, you too will prosper (Jeremiah 29:7).

And God is telling the Israelites they have to pray for the Babylonians if they, themselves, want to prosper. God wants them to pray for their destroyers and captors! He commands them to seek the prosperity of those who demolished their homes and homeland and murdered their friends and relatives!

Now do you want to wear that “Jer. 29:11” bracelet? Do you want to pray for the prosperity and success of your enemies and adversaries?

To make matters worse—immediately before our verse of hope, God tells the Israelites they will remain in Babylon for seventy years (Jeremiah 29:10).

Think about this if you are one of the thousands that have the “JER. 29:11” hooded sweatshirt. Are you willing to pray for the prosperity of your enemies? Are you willing to wait upon God’s will—even though it may be your children or your children’s children that receive the promised blessing? And keep in mind, Jeremiah’s prophecy was not meant for you anyway!

This is just one example of how we take the biblical text out of context—and try to make the story about us.

On any given Sunday, it is easy to hear a sermon that goes down this path. Look at 1st Samuel 17—the story of David and Goliath, for example. This is familiar to just about everyone. We have all heard lessons on the young boy, David, going up against the uncouth Philistine giant, Goliath. Perhaps we have heard a sermon climaxed with the deep, James Earl Jones voice of the preacher declaring, “With enough faith, you, too can conquer the giants you are facing.”

I know people of great faith that weren’t able to conquer cancer. Or depression. Or patch up a broken marriage. Or defeat their dependence on alcohol.

And if the lesson is to teach us to be more like David, are we to commit adultery? David did. Are we to promote murder? David did. Should we raise a dysfunctional family? David did—with a daughter that gets raped by her half-brother, who in turn is killed by another of David’s sons, who himself ultimately becomes bent on killing David. The drama found in each episode of As the World Turns can’t compete with the stories surrounding Israel’s greatest king.

We are not David. David is David. God chose David to be King of Israel—and told David that the Messiah, the Son of God would be a descendant of David. Yes, the Bible teaches us a good bit about David. But the important lesson centers on God’s story—God’s plan—God’s promises—God’s provisions—God’s power—and mostly about this Messiah and Son of God.

The story about David is not about us. Oh, it impacts us—there is no question about that. But we need to see the life of David in the context of the Biblical Story first—and not as our story.

There is not much enjoyment in contemplating a single piece from a jigsaw puzzle. It may create some level of interest—but not much. Even looking at three pieces, or even ten pieces, isn’t that interesting.

What makes a jigsaw puzzle attention-grabbing is the process of figuring out how the pieces fit together. Slowly, a pleasant, unified, comprehensible picture begins to appear. The more complete that image becomes, the more anxious we are to grab another piece and see where and how it fits.

In some ways, the books and stories of the Old Testament are like the pieces to a jigsaw puzzle. In and of themselves they create some level of interest—but they don’t become attention-grabbing until we begin to see how the individual pieces relate to the whole.

For many, the study of the Old Testament may never reach beyond looking at the individual pieces. Nothing fits the pieces together. How is the book of Leviticus connected to the book of Hebrews? How is John’s reason for writing his Gospel related to Psalm 2? How do we connect the covenant ceremony of Genesis 15 with the cross—much less understand that ceremony to begin with? Why is the book of Ruth included as part of the Bible? What does it have to do with anything? Or better yet, why do we have the book of Esther—where God is not mentioned at all? What makes each of these important? How are they related, or are they?

And that’s where A Forty-Day Study of the Biblical Story comes in. We journey through Scripture in a way that brings all of the bits and pieces into a unified whole—because our focus is going to be on what makes the Biblical Story whole: Jesus Christ. We examine the Old Testament through the lens of what we learn about Jesus.

Throughout his 43 years in the business world, Rick Jory used his God-given gifts and God-provided opportunities in marketplace ministry, business as mission, and church ministry. Upon retirement, he received his Master of Arts degree, Biblical Studies - New Testament, from Denver Seminary in 2012; the Doctor of Ministry, with emphasis in Theological Exegesis, from Knox Theological Seminary in 2017, and his Doctor of Educational Ministry, with emphasis in Adult Christian Education, from Dallas Theological Seminary in 2019. His ministry work today includes the teaching of pastors in Ho Chi Minh and Hanoi, Vietnam. He is the founder of “Friends of Vietnam Ministries,” a non-profit organization providing assistance to several Vietnamese faith-based centers providing care to Vietnamese orphan and at-risk children, as well as a scholarship program to help young Vietnamese attend Bible college.