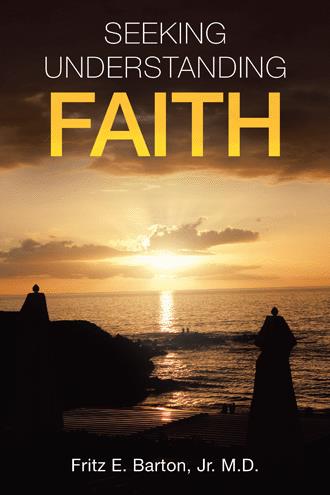 First, let’s retrace our chronological timing. There is pretty firm scientific evidence to validate this timeline:

There is no escaping the fact that the scientific timeline creates a chronologic conflict with a literal seven consecutive 24-hour-day interpretation with Genesis 1. While that conflict pertains to the issue of whether to demand strict literal inerrancy of the Genesis creation order, it does not conflict with the presence of a creator God.

The story of the universe is a fusion of three different time periods: (1) the cosmologic creation of the universe and earth, (2) the origin of life and the biologic development of modern man, and (3) the appearance of Adam and Eve and God’s interaction with the behavior of mankind.

The issues raised by atheistic evolutionary biologists such as Richard Dawkins are confined to the middle period, the origin of life on earth and the development of modern man. When they extrapolate their evolutionary theories into the other two time segments, they are outside their areas of expertise. When they further claim the presence of an evolutionary biologic mechanism excludes the presence of a creator God, they have left their prized realm of fact-based naturalism and supplanted science with personal opinion.

Of the three time periods, the best documented by science are (1) the cosmologic creation of the universe and earth, and (3) the appearance of Adam and Eve and God’s interaction with the behavior of mankind.

In this author’s opinion, (1) the cosmologic creation of the universe and the earth’s time period is the most indicative of the presence of a creator God. Three points make a powerful argument:

1. Science proves there was a beginning of time and the beginning of the physical universe.
2. In spite of a century of astrophysics from brilliant scientific minds, there is no identifiable “first cause” other than a creator God.
3. For the entire sequence of the “Big Bang” to build a universe, all the laws of nature (physics) had to have already been in place.
4. The extraordinary number of precisions necessary to construct and stabilize the universe defy statistical explanation.

The middle period of (2) the origin of life on earth and the appearance of modern man is compatible with evolution and “ex-nihilo” creation. Both, frankly, exceed human understanding.

“Ex-nihilo” creation by intelligent design would certainly be within the power of a God who could create the laws of nature and the universe.

Once the evolutionary process gets to the kingdom level, it is a little easier to accept, and the sequence from apes to hominids has produced the most specimens. While macroevolution down to the species level is still theoretical in linkage, it is not illogical. And while the evolutionary mechanism may differ with the Biblical account, the order of the sequence does not.

The strength of the Darwinian mechanism is in the latter part of the second time period, the Genus and Species differentiation levels.

Finally, the third period, (3) the appearance of Adam and Eve and God’s interaction with the behavior of mankind, has nothing to do with evolutionary biology. It is a matter of correlating the archeological findings and the paleontology of the mankind’s social development with the Biblical account. Isn’t it an amazing coincidence that science has documented the social development of modern man occurred exactly like the Biblical account?

1. Modern man reached developmental completion in the Rift Valley of Northeastern Africa.
2. There appears to be a common ancestral genetic pair, “Y Chromosome Adam” and “Mitochondrial Eve,” which coincide with anthropologic data showing the first appearance of modern man (Homo sapiens sapiens) about 100,000–200,000 years ago, Adam and Eve of Genesis.
3. The location of Eden, as described as the confluence of four rivers (two of which are extinct), may have been in the same general area as the Persian Gulf.
4. The migration of modern man out of the Rift Valley area about 60,000–70,000 years ago follows a “genetic bottleneck.” (Noah’s flood followed by the Babel dispersion?)
5. The earliest settlements of people appear to be in the Levant.

Critics would say that since inhabitants of the Near East wrote the Bible, they referenced the origin of man and history from their limited viewpoint. But the evidence I have just reviewed did not come from God-fearing Near Eastern zealots. The evidence has been accumulated by scientists, many of whom are atheists.

As stated initially, the goal of this journey through science and the Bible was not to attempt to prove beyond any doubt the presence of a creator God. The goal was twofold: (1) to prove the existence of a creator God is feasible, and (2) to prove that evolutionary biology (Darwinian descent with modification) does not disprove there is a God.

Inquisitive millenials and people in science question the validity of Christianity. A medical doctor frankly tackles the “hard questions” challenging Christianity. Can anyone really believe there is a personal God in this age of science? Does evolution provide there is no God? Does God really communicate with us? Does prayer make a difference? Was Jesus really resurrected? These are other “impertinent” questions are addressed head-on in Seeking Understanding Faith.

Fritz E. Barton, Jr. MD served as Professor of Plastic Surgery at the University of Texas Southwestern Medical Center from 1977-2017. He also holds a Master of Biblical and Theological Studies (MBTS) from Dallas Theological Seminary. Having spent a career publishing literature reviews in medicine, Dr. Barton turned his analytic interests towards the perplexing controversies associated with Christianity. Dr. Barton and his family live in Dallas, Texas.