Why Is It So Difficult to Forgive from a Biblical Perspective? 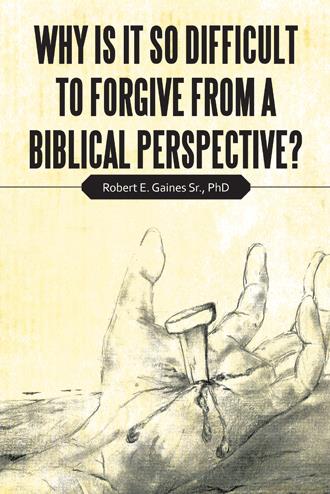 Before actually understanding how blessed it is to forgive, it is vital to understand the problems associated with not forgiving. After all, there would be no motivation to forgive if the refusal to forgive was okay or if forgiving had no benefits (such as freedom). In this regard, it is essential to examine Paul’s exhortation above to the Philippians critically. Why did he refer to a peace that transcends human understanding, and how could anyone possibly get such a peace? According to Paul, this peace that transcends human understanding comes to anyone who chooses not to be anxious about anything. He says, “Do not be anxious about anything, but in every situation, by prayer and petition, with thanksgiving, present your requests to God.” Therefore, the message here is that lack of anxiety is the key to having a peace that transcends human understanding. Conversely, those who are anxious about anything will not have peace of mind, but their minds will be troubled.

This message by Paul to the Philippians is included here not necessarily because it addresses the issue of forgiveness directly but because it highlights one of the feelings or symptoms associated with unforgiveness. In this passage of scripture, the core message by the apostle is for the believers to learn not to be troubled by the issues and concerns of this world but always to learn to pray to God and make supplications to him. According to Paul, it is when people “pray and make supplications to God with thanksgiving” that they can experience true peace of mind.

Remarkably, failure to forgive has consequences similar to those described by Paul. When people refuse to forgive for whatever reason, their hearts become greatly troubled. They always hurt and, as a result, go about hurting other people near and around them. The pain of the hurt causes them to be in a perpetual state of bitterness and anger occasioned by the refusal to forgive and compounded by the damage caused by the offense. The pain and hurt make it hard (or even impossible) for them to as much as thinking about praying to God and seeking to be freed from the constant pain and hurting. The reality is that if such people were to only offer prayers and supplications to God together with thanksgiving, God would deliver them from this hurt and grant them peace of mind.

The problem is that people who have refused to forgive will not usually be ready to pray. When they are Christians, they also understand that God will not hear their prayers unless they have forgiven. Therefore, people often choose not to pray because they know if they have to pray, then they have to forgive. Since they do not want to forgive in the first place, they also decide not to pray to God and commit their concerns and troubles to him. The result is that they keep hurting and endure the pain and suffering that comes with it. Paul also required the Philippians to “Rejoice in the Lord always [and] Let [their] gentleness be evident to all [because] ...the Lord is near.” Other than the loss of inner peace, the different negative effect of refusal to forgive is the loss of inner joy. Naturally, God expects his people – especially those who are called by his name – always to be people given to anger and bitterness.

Whenever people refuse to forgive, the hurt occasioned by the offense (as well as the continuing pain caused by continued refusal to let go of the offender) robs them of inner joy. The person may try to look healthy and okay from the outside – and even claim to be so – but in reality, they are profoundly hurting from inside. Unfortunately, these deep hurts have the most effect on the soul of the individual, and unless they are addressed through forgiveness, the individual may become overly irritable, bitter, and prone to bouts of anger. The individual ends up hurting virtually every person aground them as they are so obsessed with revenge that they cannot afford to think objectively.

It would be an injustice to talk about the blessedness that comes from forgiveness without talking about what the Bible expressly says about this issue. Few other people capture the blessedness of forgiveness than the Palmist whop said, “Blessed is he whose transgressions are forgiven, whose sins are covered.” When it comes to the blessedness associated with forgiveness, it matters little if the person is the one of forgiving or being forgiven. The one thug that seems to matter is that forgiveness has taken place, and a person no longer has to bear the heavy burden of unforgiveness together with its hurtful feelings of revenge and anger. As long as a person has received forgiveness or has forgiven, a blessedness only known to God comes about. Whatever such people do henceforth, the blessings of God flow freely and almost endlessly in their lives.

God is the one who forgives and covers people’s sins and transgressions. This means that as long as sins are still not forgiven or uncovered, God’s blessings cannot flow in the lives of the people responsible for not forgiving. Such people mostly happen to be those who have refused to forgive those who have offended them. This is something that occurs regularly such that it has become almost standard practice for people not to forgive. They may talk about God’s blessings and quote virtually every other verse there is in the bible on blessedness but fail to realize that God cannot bless them because they have refused to forgive. Perhaps it is just more comfortable for people to claim and proclaim God’s blessings over their lives. That could be why they do this fairly quickly and frequently. However, they fail to recognize and appreciate the fact that God operates based on firmly established principles.

One of these principles is that while he has decreed blessings over his people, these blessings are based on his people obeying God’s word. If believers do not obey God’s word, they cannot possibly expect to enjoy an abundance of blessings from God. This is not how God planned this to be. Because God is only bound by his word and cannot be swayed or corrupted, he only acts if his word is invoked. However, the same word of God that promises to send blessings to his people also says that it is only the people whose sins are forgiven and transgressions covered who are blessed. This means that it is only in the context of forgiveness that God’s blessings can flow. Therefore, forgiveness effectively opens and unleashes God’s blessings to flow into the lives of the people who have chosen to be selfless by forgiving those who sin against them.

The process of forgiveness is often complicated, but it can be rewarding when completed. Forgiveness may not be easy for many, but it is essential for spiritual maturity. To do so, we must understand what forgiveness means or entails—as well as what it does not. At one point or another, all human beings, especially Christians, must forgive and be forgiven.

This study presents a journey through the scriptures to discover why it is so hard to forgive and what can be done to accomplish it from a biblical perspective. Building on personal insight and strategies, author Robert E. Gaines Sr., PhD, first focuses on the misconceptions about forgiveness and explores its meaning. He then considers the Christian motivation to forgive and reveals the freedom found in forgiveness. Then the discussion moves to the process of forgiveness and the benefits of completing the process of forgiving.

Encouraging and inspiring, this biblical study examines all aspects of forgiveness from a biblical perspective and proposes ways for Christians to embrace the freedom that it brings.

Robert E. Gaines Sr., PhD, has served as the senior pastor of the St. Mark Baptist Church of Morehouse, Bonita, Louisiana, for eleven years. He is a noted speaker, motivator, and singer. He holds bachelor’s and master’s degrees in theology from United Theological Seminary in Monroe, Louisiana. He holds a PhD in biblical studies from Louisiana Baptist University and Seminary in Shreveport, Louisiana.